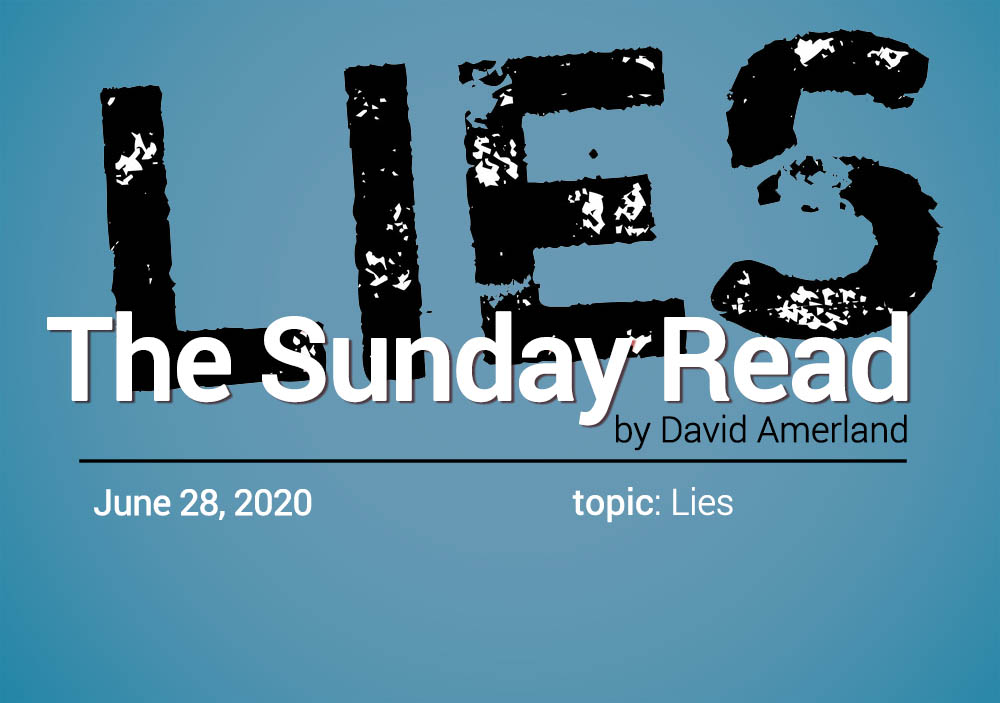 “Everybody lies” was the tag line of the hit medical series House M.D.. In case you thought that was a jaded view of the medical profession or a modern-day fable to keep us all on the straight and narrow you may want to seriously rethink your assumptions.

Nothing about lying is straightforward. As you can imagine; in our complex world it comes in so many shades that it becomes difficult to both tell truth from lies and right from wrong. The relativism that is inherent in the decision making process that leads us to lie, however, makes all the difference.

Just like with Pinocchio we need to bear in mind that a lie that grows and grows until it is evident is not a lie that serves its real purpose. And what is the purpose of a lie you may ask? For a start we need to realize that lying, per se, is part of human behavior which makes it a pro-social activity designed to help us better manage the relationships we truly care about.

This is the point that psychologist Jeff Hancock talks about. And he goes on to discuss the different types of lies and the reasons behind them. The surprising thing about his findings is that the channel we use to lie can lend itself more or less to this type of behavior. Similarly, the environment we find ourselves in can conspire to escalate things to the point where we lose control of the lies we tell and the sense of reality we experience, as a result.

Social and behavioral researcher Noah Zandan makes the deeper point that the language we use to lie is in itself a tell. The subtext of his thesis is that culture and community, beliefs and values are the bulwark against things escalating to the point where lying becomes the norm and opens up the floodgates to the kind of falsehood-based behavior that actively denies objective reality that it ends up imperiling us all.

This neatly brings us to social media, fake news and the current President of the United States who has demonstrably lied over 18,000 times.

fMRI imaging tells us that there are neural correlates that are activated every time we lie. The findings described suggest that the brain signature of a lie is influenced by the type of knowledge one is lying about. Worse still such behavior which, right now is not limited to Trump alone, reflects an underlying belief system which tallies with the fact that individuals who score high on the alienation subscale of the Psychopathic Personality Inventory tend to show stronger activation in medial frontal regions during deception.

To them, in other words, lies come easily because they lack the cognitive elements of self-awareness and pro-social behavior that constitute a conscience. Worse still, their position of leadership allows their words and actions to be construed as permission to misbehave which further erodes public trust in institutions.

So, here we are, in true complexity mode having to discern what’s real and what’s fake in a world where, apparently our very technology is being used to distort truth.

In what is perhaps becoming a signature of mine of late, the answer is always easier to provide than to execute. Openly embrace values that set specific directions in our life which then determine priorities that lead to actions. Question everything. Use science and logic. Demand that things make sense.

This requires thinking and introspection, and the willingness to want to evolve. I know. In the 21st century I, just like you, was hoping we’d get an easy life, have some cool toys to play with and can kinda sit back and enjoy our passage through this era. It’s not to be.

So the choice is simple. Do nothing and hope for the best, knowing full well that hope is not a strategy. Or, get stuck in there. Try to work things out. Use our super-power of community and friends to create trust networks that allow us to lead a life that does more good than harm.

Like in most things I write about the choice is, ultimately, yours. The shape of tomorrow’s world is being given form now. By each one of us.

Coffee. You gotta haz it. Donuts, at the very least. Cookies, croissants, ice-cream and chocolate cake. Have an awesome Sunday, wherever you are.