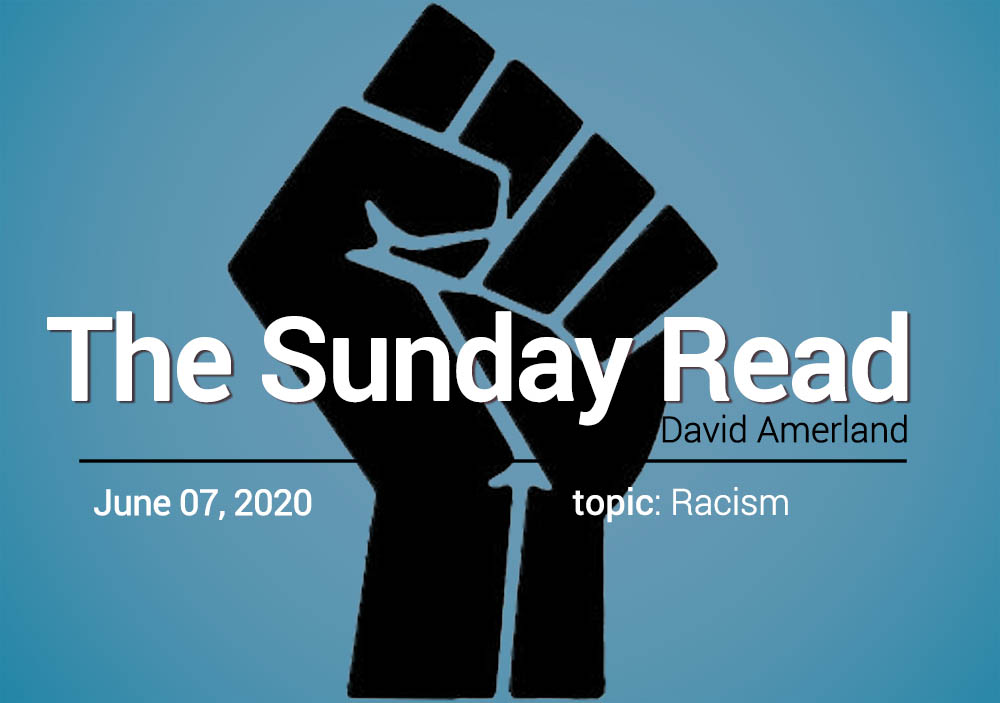 No one can watch the George Floyd or the events leading up to his death and fail to feel a sense of outrage at the institutionalized casualness with which a human life was snuffed out. In that moment, in that state, in that situation we could imagine any of us: helpless flies caught up in the web of a system designed to close ranks to cover up its misdeeds and whitewash its systemic prejudices.

That George Floyd was black is not incidental. It is actually the issue. A point driven home by a New York Times piece that asks what if there had been no video? There are statistics. Numbers which depict a harsh reality that is now becoming hard to ignore. But without that video, without the national and global protests it sparked off, amidst a potentially deadly pandemic, even those numbers would have been overlooked. Somehow subsumed into a system that collates numbers and statistics but pays only selective attention to them.

Why? That is the real question. Without understanding why racism happens we cannot hope to fight it. Or guard against it. Or design systems and institutions resistant to it.

Our brain is hardwired to react in a prejudicial manner. In the past that was key to our survival. A network of interacting brain regions is important in the unintentional, implicit expression of racial attitudes and its control. On the basis of the overlap in the neural circuitry of race, emotion and decision-making controlling that neural circuitry is very much part of our own ability to control who we are and guide who we want to become.

Recent research suggests that “racial stereotypes are more emotional in nature than other phenotypic stereotypes. One challenging emotion that may be evoked is shame. The experience of shame may impede self-reflection, interfere with one’s awareness of potential implicit racial biases, and impede the exploration of racial considerations.”

Our emotional responses, whether as a form of self-awareness that triggers a sense of shame which can then lead to denial of the issues at hand, or as a form of implicit bias that becomes part of our group identity which we then use to justify a reaction against the “other” is a central component to our understanding why we behave in such unacceptable ways.

Deep-rooted personal and group bias soon enough finds its way into institutionalized responses that are equally biased. And this is where it gets interesting. Institutionalized racism reflects an underlying cultural bias that is built up of many hundreds of thousands of tiny instances of reflexive and even lazy stereotyping.

These instances seep into the public consciousness and leech into our brain until we are ready to believe, in moments of great stress, that peril always comes in the form of the “other”. And should be resisted. Stereotyping, of course, is a form of exploitation. Exploitation, by definition, always happens from a stronger or more dominant group to a weaker or less well represented one.

To be fair, art and artists have not always taken the easy way out. Part of the increased awareness of and sensitivity to racism that exists today is because of this subtle cultural shift.

So, all is clearly not lost. Progress is being made. But is it enough? George Floyd’s death says, loudly and clearly, “No”. We must do more. We must do it now. We have to be smart enough to actively train our brain to fear the “other” less.

We need to be smart enough to recognize that we cannot ignore, ostracize, demean and implicitly attack one group and hope to evolve towards something “bigger and better" ourselves. We need to actively make the inner journey from subconscious reactions to conscious choices in our beliefs and actions. We need to do the “head count” thingy and consider what it reflects.

One of us cannot change anything. One group on its own, actively fighting against the system can draw attention to its inconsistencies and force some cosmetic change in its structure but is unlikely to change the culture around it that supports and permeates that structure.

You want lasting change? You want deeper acceptance? You seek to live in a world that views everyone as a human being first? It has to start with you, me. All of us together acting in small, consistent ways that say: I see you for who you are and you are no different to me, irrespective of where you come from or what you look like.

The fictional Vulcan society believes in “infinite diversity in infinite combinations. Ironically Spock himself “a mixed race pioneer” had had to face prejudice throughout the Star Trek series.

The famous Star Wars Cantina Scene or the Star Trek universe diversity stand out because they have not yet happened; we are not yet there. But we can be. We need to be. We will be.

Coffee. Right? Sweet things to accompany it? And deep thoughts fellow humans. Change is here. Have an awesome Sunday wherever you are.