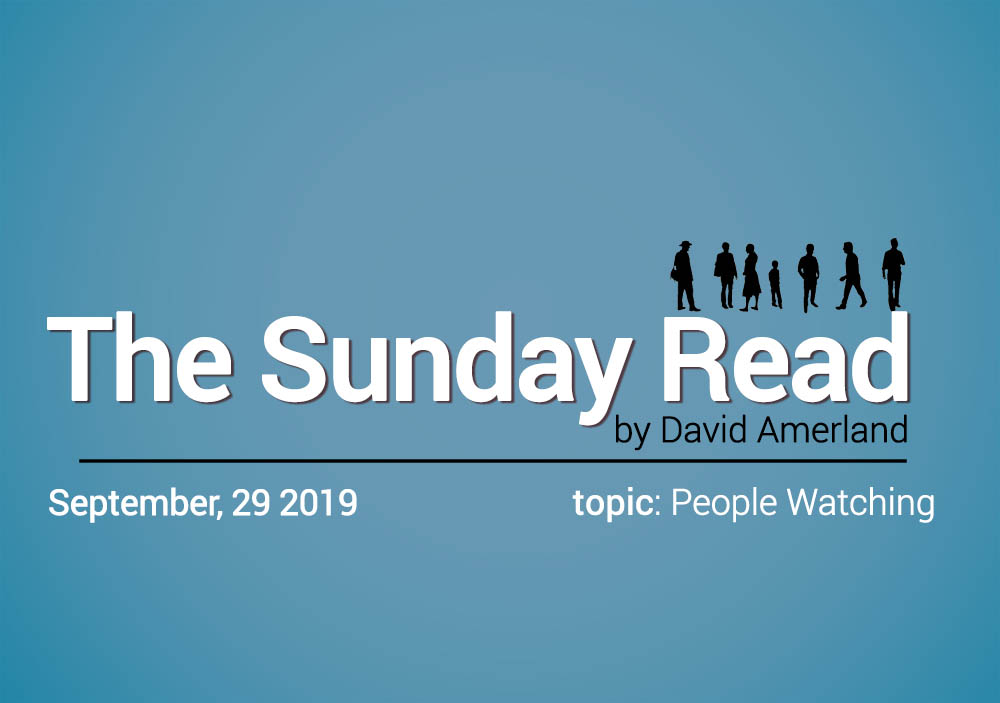 It’s no secret that these days I spend as much time in The Med as possible. One fascinating aspect of Mediterranean culture, for me, has always been the habit of people watching. I used to get annoyed by the seemingly waste of time of having al fresco coffee watching all the passers by.

With time I’ve come to understand that there is something much deeper, complex and more meaningful going on under the surface and, with my characteristic analytical approach, I’ve deconstructed it a little.

For a start people watching is a strategy used by the human brain to mentalize information and understand other people’s actions though their motivation.

In itself that’s a stretch. We’re seeking, in a way, to read a mind by studying a body. Now, before we get even a little bit judgmental, let me preface this by saying that the activity itself, in different contexts, is common to every society.

People watching allows us to learn new things so, it is unsurprising that there is an art to it. As a matter of fact Wikihow appears to have a step-by-step guide for those who want to start people watching which seems a little weird until you understand that it is a skill, just like all the other skills we acquire, so we all need to start from somewhere.

There are a couple of things that need to be added here now. First, that people watching appears to have become a trend, especially in Europe and second, that the audience effect inevitably kicks in which means that, as the Bard said, “all the world’s a stage” and we’re all actors in it.

Authenticity then is tempered by perception which is affected by expectation which is guided by the mental visualization of who we are and how we want to be perceived. Which means that, like everything else in our world today, people watching has become a nuanced, complex item of social communication that affects decision making by changing our understanding of how the world works.

For those who want to get the most out of their people watching psychology has a guide. People watching has also been elevated into a maybe less nuanced but nevertheless instructive form of entertainment. As an activity, globally, it is creating and transmitting culture with strong overtones of identity curation.

Best thing about it all: it never stops.

So, I know you’ve watched others watching you buy coffee and something sweet; which means you’re ready to dive into this Sunday read and think deeply about some of the concepts explored here. Have an awesome Sunday, wherever you are.