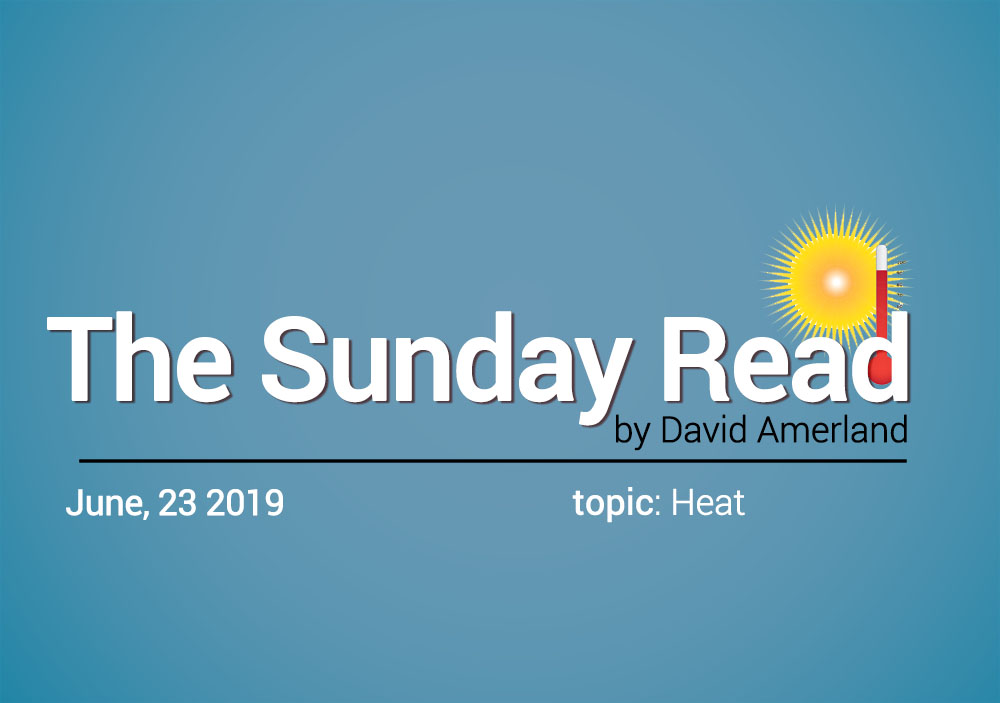 In summer it is natural to think of cooling down a little. Yet, as a species, we have one of the most complex heat dissipating mechanisms on the planet which suggests that we are particularly suited to living in hot climates. We initially came from a scorching plane, which is why we are, in effect, tropical animals.

What is fascinating is that in our spread across the planet we have had to adapt to living in adversarial conditions. As a result we morphed, changing shape and height, mass and build (and even diet and fat reserves storage) in order to survive.

There are two important points to this observation. First, some of the overt physiological differences that make us differentiate each other into groups that sometimes divide us because we appear so different on the outside, stem from the same adaptive, survival mechanism that makes us all human. Second, in analyzing how our environment has shaped us into seemingly different peoples we become aware of our animal nature, the adaptive response of our animal origins and the distance we have travelled in our understanding of the world (and ourselves) in the time since our initial appearance.

The environment we live in (which has shaped us) is impacted by us, in return. We are not alone in this ability, nor is any of our actions (or those of others) divorced from the world and contained within a vacuum.

The trophic cascade principle is fascinating because it allows us to see just how important we (and other species) are, even if the relative simplicity of the “Wolves shape rivers” story is, scientifically, more complex and somewhat less romantic.

Heat, despite our ability to deal with it, is for us right now an additional stressor. As such we can use it in many ways, such as a lever to pry open the lid of our physical (and mental) capabilities. Our cognitive skills are as fragile as our environment. Imbalances experienced in the former immediately affect the latter.

It is maybe ironic to consider that at times when we need to think our most clear, we are incapable of doing so because of ‘wicked’ complex problems we have created which require really clear thinking to solve.

The good news is that we have also evolved a brain capable of handling wicked complex problems. Most times we put it to use in constrained (or bounded) environments because we think of the skill as being task-specific (like sniping, for instance) instead of a more general skillset that is applied to difficult issues that cannot be easily solved.

Surprisingly, most times, we step back from actually using that skill. Our thinking “small” whether in a business environment or a global one persistently fails to address the particular strengths and pitfalls of our humanity.

We insist, sometimes, that we are different. That we are ‘better’. That we can manage the artificial segregations we create. That we can benefit from divisions. That we, the individual separatist in our mind, will somehow manage to survive and be OK when everyone else won’t. This is, of course, a delusion ironically imposed upon us by the narrative-creating mechanism of our minds that need it to curate a cohesive identity that drives things forward.

Heat, in its simplicity and undeniable sensations it produces is a wake-up call to our sense of the animal we are. A higher-thinking, technologically advanced animal perhaps, but an animal nonetheless. Perspective should, always, set us free. And just to add a little of this here, there is that popular proverb: “If you can’t stand the heat, get out of the kitchen.” We’re fully in it, now. If we don’t adapt and overcome, we are unlikely to survive.

I know you’re organized, smart and highly focused. So you have plenty of coffee in front of you right now and a good selection of croissants, cookies, donuts and chocolate ice-cream to keep you going. Have an awesome Sunday, wherever you are.