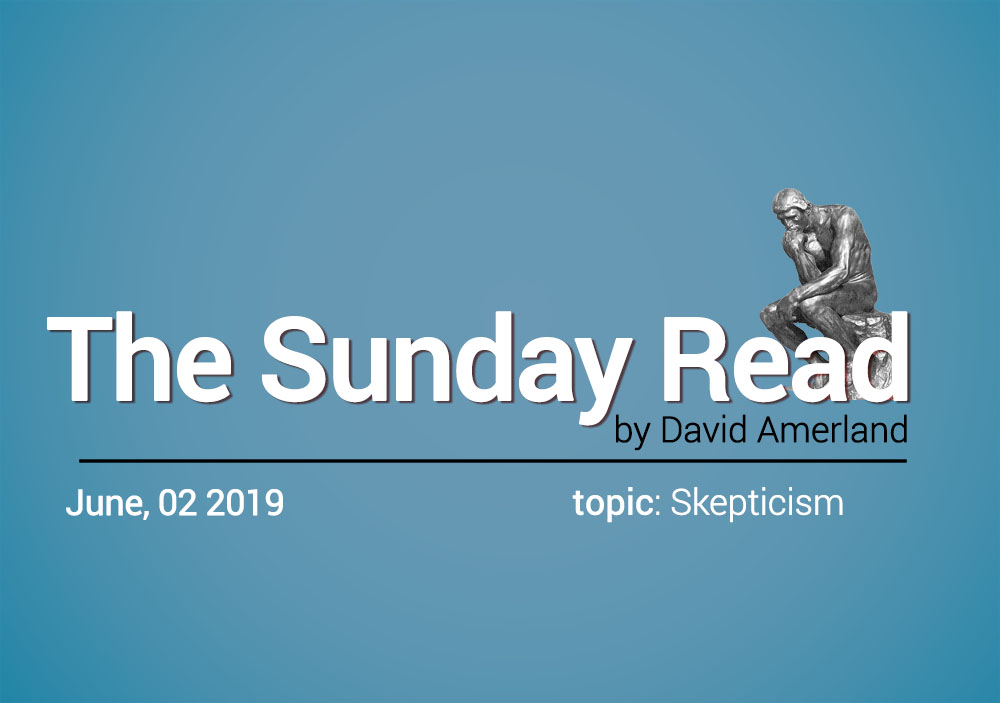 It is a reminder that every action has consequences and skepticism both, as a practice and a philosophy, is a call to take responsibility and not hide behind absolutes and the false certainty they supply.

When memory is inherently unreliable, morality is relative, the law is a social construct and free will is, mostly, an illusion; the willingness to accept the responsibility of our actions, is the only reliable guide to what is right and what is wrong.

Questioning everything is part of a process that leads to better decision making. Decision making is a skill. Like every other skill it needs to be acquired before it can be used, and used; when acquired.

All of which brings us back to doubt, and how to reconcile the two in a way that avoids decision paralysis.

To be fair, answering this question is far from easy. It is far easier sometimes to believe the most outlandish things and make up even more outlandish theories to explain the logical discrepancies that occur, than constantly battle against the dissonance produced by our own questioning of what we do and what we perceive.

It is no accident that the phrase “Knowledge is power" originated with the founder of the scientific method, Francis Bacon. What he (and we) failed to foresee is that there is a power struggle between knowledge and power where the constant evolution of the former, makes any sense of the latter inherently ambiguous.

We hate ambiguity. It tires us out. At some point we become so cognitively and emotionally depleted that we are ready to accept almost any answer that will provide us with the certainty we crave.

There is no solution here that will instantly and magically work for everyone in every situation. Despite the fact that embracing ambiguity, just like we can learn to embrace discomfort can lead to better decisions, we insist on giving in to our worst impulses with predictably bad outcomes.

Now, I know you have done the right thing: you have coffee and donuts, croissants, cookies and chocolate cake. Have an awesome Sunday, wherever you are.