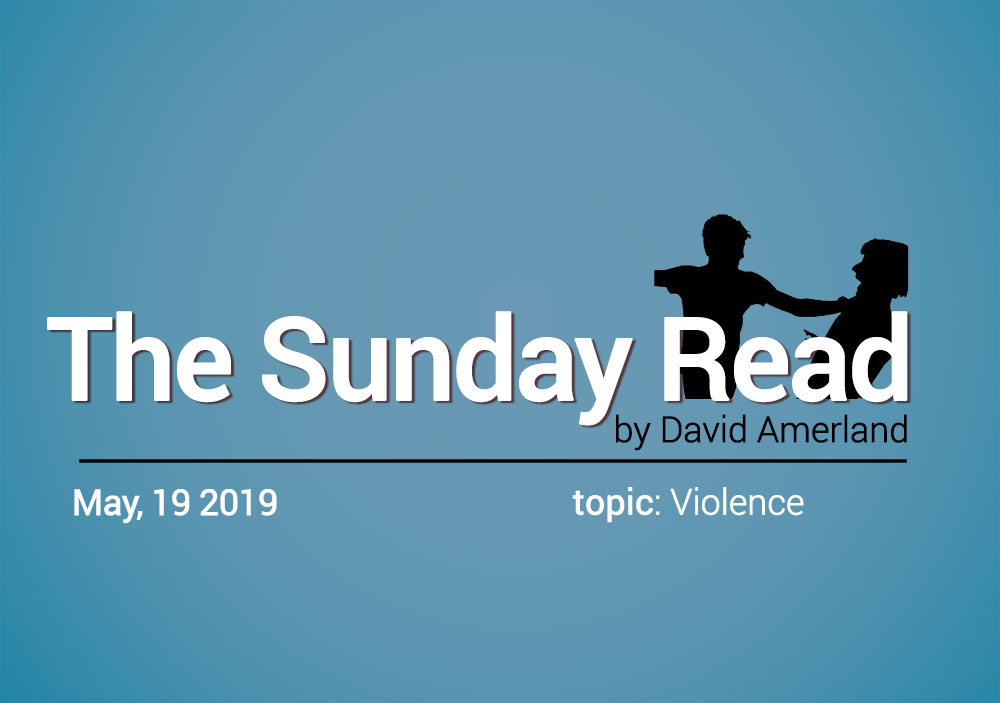 Ask almost anyone you know and they will tell you that the level of violence in the world is getting out of control. It’s a perception that, in an accrued sense perhaps, makes for general behavior that works against violence as a whole. Steven Pinker talks about this all the time.

Despite that we are hardwired to have a propensity for violence. Archaeology kinda supports this and it makes for a very interesting dynamic. On the one hand we want to be highly civilized and very, very good. On the other, we are governed by age-old responses that worked in environments decidedly different to the present one and now work, mostly, against our own best interests.

Emotional control is a tricky business. It requires the self-awareness to know when you’re about to explode. And, from a neurobiological perspective, not everyone is capable of that.

This raises a certain question about personal responsibility and the degree to which each of us, any of us, can be held accountable for behavior that has overrun our ability to control it.

Violence is such a crystal-clear event in our timeline that we rarely pause to think that it may not be quite as cut and dried as it may at first seem. The bane of our times is that having been gifted with superior analytical tools from times before, and the nous to use them, we are now forced to contemplate that something as ‘simple’ to understand as a violent event may not be simple at all, after all.

Violence is a social, biological, psychological and neurological failing that destroys everything of value to us (and others) and leaves us dangling in an abyss of our making from which we may never recover.

When in a city like Baltimore the shotspotter heatmaps light up like it's Christmas, we begin to realize that violence may actually be contagious. This may be more than a handy simile. Fear is an emotion, or at least an emotional response to a perceived threat. As such it is accompanied by distinct psychological, neurological and biological effects which are easily measurable. Because we have evolved to be a truly social animal which is very good at spotting and interpreting subliminal clues, our body can detect scents, body language and even tension in posture long before we cognitively acknowledge it.

The result is that fear can then be transmitted to those around us who may then simply amplify it because, having received it from a secondary source have no way of adequately identifying the exact measure of fear they need to embrace. In the absence of precise information, our brain tells us, it is prudent to go all out, survive and think about whether we overreacted later.

Violence is no different.

So, here we are. Yet one more complexity to deal with when really we just want someone to just magick it away so we can get on with the complexity of our daily life. And that, there; is the real issue. Violence, like poverty can be ‘magicked’ away if only we have the ability to focus on it as a social issue to be solved instead of an ideological or political talking point that conjures up elements of our avowed identity.

That we haven’t is not a sign of a weakness or a ‘deficiency’. It is, instead, a sign that we have yet to fully step up. We have not told ourselves that our decision making has to change, that we need to apply a different approach in our thinking, that in the 21st century, unfortunately, instead of a brighter, better future being handed to us, we have to forge it for ourselves.

You need coffee. Lots of it. Something sweet. I suggest donuts but cookies and croissants will do. Chocolate cake for afters. Have an awesome Sunday, wherever you are.