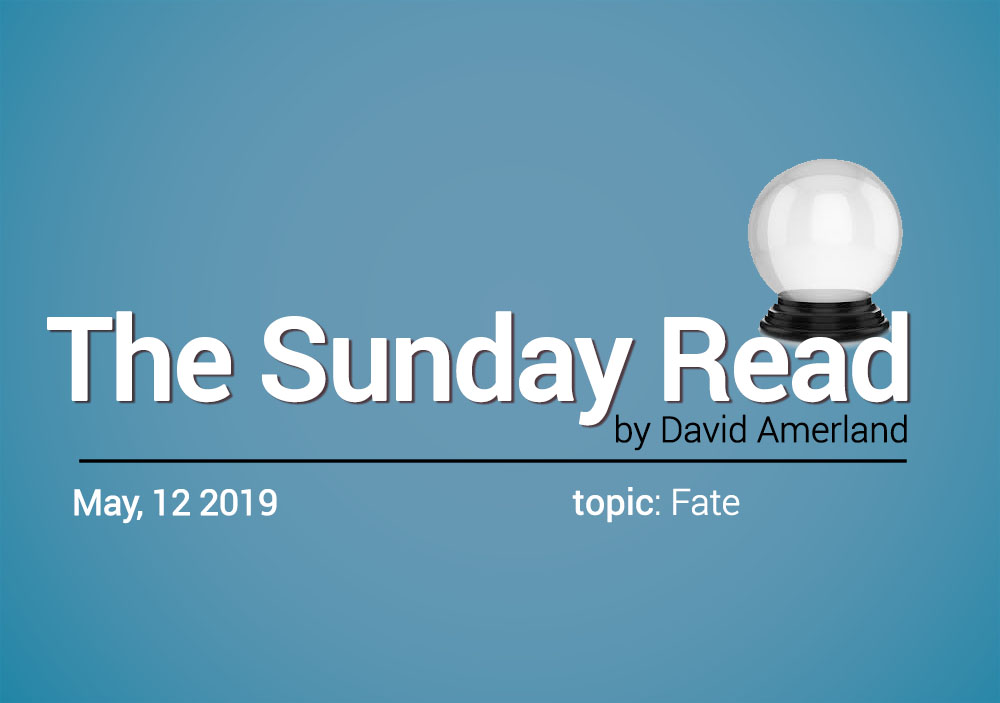 What if everything was predetermined? What if my living a life that would bring me to write this column every Sunday and you, to read it, was something that was always going to happen? There is a seductive element to this because it suggests that then, somehow, we might find ourselves in a position capable of foreseeing the future which would then, perversely enough, place us in a position of influencing and, paradoxically, affecting it.

Just that suggestion alone shows the philosophical difficulties with determinism and that’s before we wade into the thicket represented by the more scientific approach taken by causal determinism which has some root, at least, in classical physics.

Wrapped around all this is the idea of free will (as in, do we really have any?) and the neuroscientific suggestion that while free will may not be quite as ‘free’ as we think it is, there are still things that lie outside our capability to predict them.

The interface between what we think is real and what physics tells us is real is defined by the boundaries of our perception. Perception, of course, is a construct. It is a filter that generates our belief system and that is problem on its own.

Once perception is formed, it would appear, it resists change. The reason for this lies in one of the most fundamental laws of the universe: the 2nd law of Thermodynamics where systems tend to lean towards the most stable energy configuration possible. That usually means one that requires zero amount of work to maintain.

In a predetermined world, for instance, I can live my entire life in autopilot without once questioning the wisdom of my choices; secure in the belief that things are evolving exactly as decreed.

There are problems with this approach. For a start a total lack of control (which is why even its most ardent adherents eventually resort to some equivalent of Pythia). For another, a deeper sense of our capabilities which, as they grow, tend to make us chaff at any for of restraint.

Fate, it would seem, is not exactly what we think it might be, despite some fairly sound basis for assuming it exists. But constantly struggling to become is also tiring, exhausting even.

How do we square this circle? How do we learn to get comfortable with discomfort? Accept that “the only easy day was yesterday” as former Navy SEAL, Errol Doebler, makes abundantly clear in his daily snippets on leadership and mental development.

The future may indeed not be set. What fate does exist has to be of our own making.

It's clear then, Dorothy, we ain’t in Kansas anymore. The choices we face right now, as the world around us presents us with complex problems, is one of stepping up or fading out. In our past lie five extinction events. The sixth may well be under way. The quickening you feel now, the resistance you put up because you want life to be easier somehow, is the direct result of that.

You have, I know, got coffee aplenty. Donuts too. Croissants, maybe. Cookies, at the very least and some chocolate cake. Have an awesome Sunday, wherever you are.