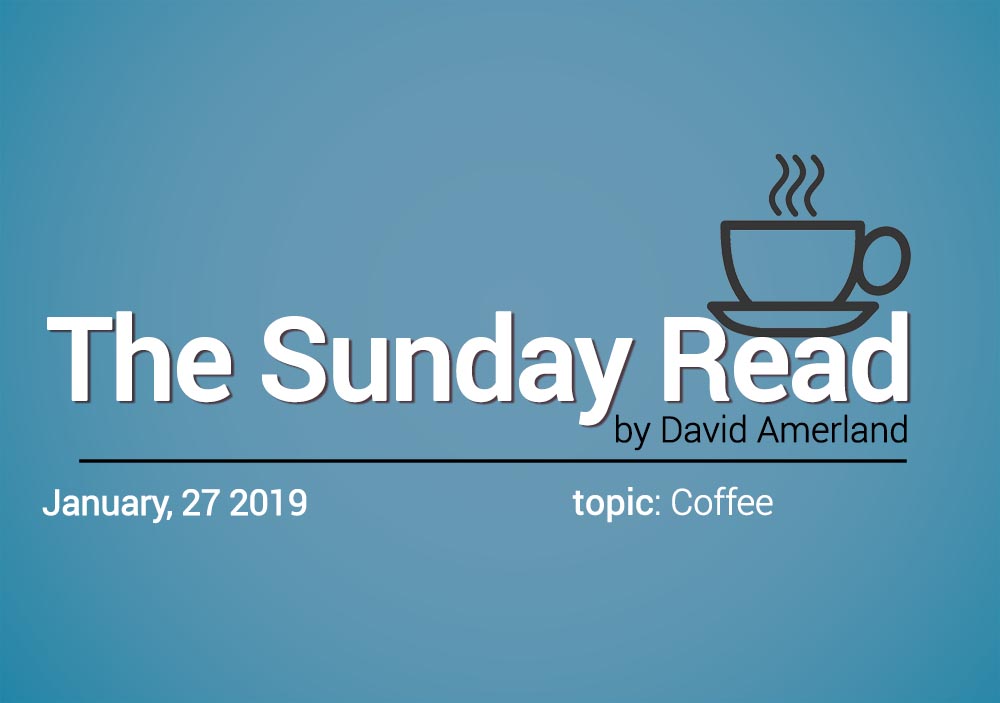 If you’re anything like me you most probably started your day with a strong jolt of joe. Coffee became the center around which revolved the ebb and flow of information, ideas, gossip and opinions as London’s 17th and 18th century coffee houses became the engine of the Enlightenment.

But coffee does more than just wake us up and make us social. It becomes the acceptably social stimulant of choice through which we take our brain and body to the next level. At times it becomes the building block we use to bridge seemingly irreconcilable chasms between people. Plus it makes us feel good and, as Balzac said: “…the mind is aroused, and ideas pour forth…”

Today it is hard to imagine coffee sparking such intense social adversity and adverse reaction from the church that Pope Clement VIII was actually asked to intervene to settle it. While the accepted history of coffee places its discovery around the 9th century and it requires a goatherd and some goats, the real question that is begged because of coffee goes much deeper.

Essentially coffee works not because of the stimulation it provides to the brain but its inhibitory action to adenosine which makes us feel tired and sleepy, which then allows the body’s own feel-good neurotransmitters to be released which accounts for our relatively complex behavior.

Coffee’s imitative adenosine action has many additional benefits that actually make it a great drink to have. Its effectiveness and widespread use also make it transformative in many other different ways. The real question however, the deeper one that needs to be asked; that begs to be asked, is probably ones that has not real answer which is why it requires a degree of inference from what we already know.

The question? If coffee is relatively new to us how is it that we are affected by it? From an evolutionary point of view, a trait takes a very long time to form and stick. Around a million years in fact. Which means that coffee and caffeine must have been around for some time as, indeed, plant research proves.

The very long relationship that humans have with caffeine and coffee then suggests another, deeper need. One that is genetically linked with some people being hardwired for coffee which, as every evolutionary trait that survives, confers a genetic, competitive advantage that ensures their long term survival long enough for them to pass on the gene. The way coffee affects us then might indeed be genetic and different for everyone and the evolutionary journey of caffeine is also now beginning to be better understood.

The deeper need? Well, that one is obvious to all of us this morning. The need to somehow be smarter, push our brain to work faster, think more clearly and be more efficient. We drink coffee to disperse the brain fog of the morning and hit the ground running. We are driven by a sense that somehow we can be better, faster, smarter and have always looked for ways to achieve that. You’d argue that evolution would take care of that for us, but that is not always so straightforward as it may seem.

Every evolutionary gain we make is a trade-off. Coffee may provide the better answer. So, selectively, with a little effort we can learn to be more focused, clearer, more effective. It is collectively however that we actually thrive. Intelligence, focus, clarity in thinking, commitment and drive, on their own, are never enough. What truly augments our capabilities, what makes us smarter, more creative, able to leapfrog ideas is the connection with others. Coffee helps bring us together. And the culture that develops from that is truly transformative.

I know this day started for you, as it did for me, with coffee and donuts, cookies and croissants, pancakes and chocolate cake. They form the common backdrop to our shared connection that makes this column possible and the conversation that takes place around it so valuable. Have an awesome Sunday, wherever you are.