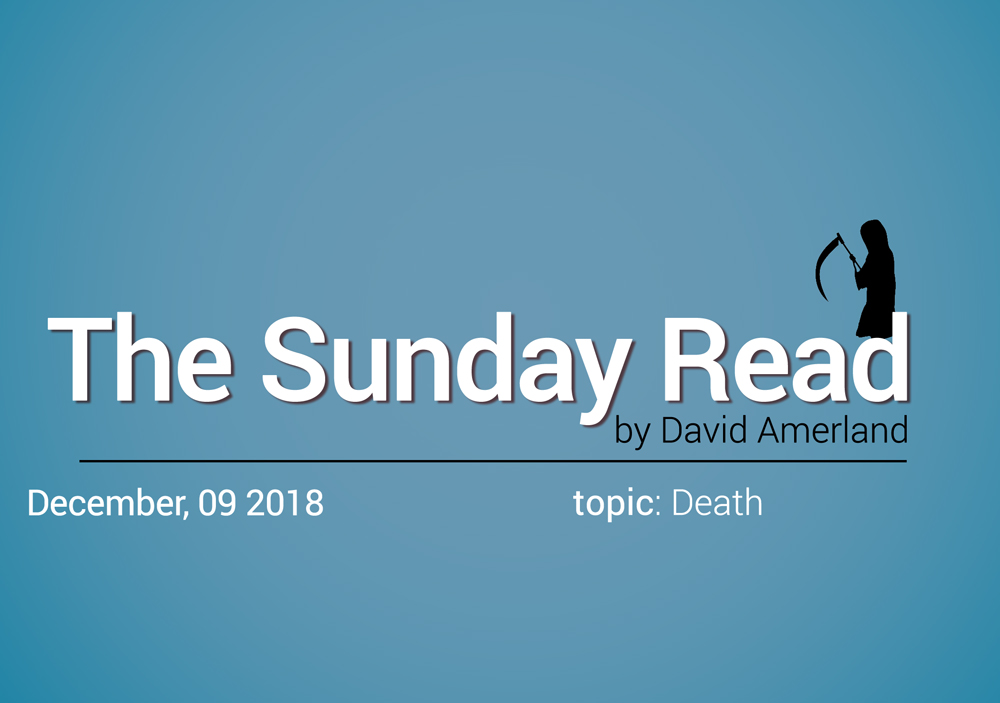 Depending on your perspective death is either an “awfully big adventure” or a slow, inevitable decline of all physical processes. What is fascinating however, and the primary point of this column today, is that the moment of death is far from final. Part of us reach the end in different ways and our entirety may, perhaps, live on in different ways.

Life, it seems, cannot truly exist without us also considering its absence; which brings all sorts of questions to mind such as what’s the best place to die?. Religion, of course, has always stepped in where death is concerned and used the lack of factual data to assert itself with some authority not least because its assertions become the ultimate test of faith which is what religion is designed to promote in the first place.

Science also views death as a non-final event particularly where consciousness is concerned. The idea behind this is as profoundly simple as its mechanics are complex. What we are (and maybe who we are) is energy. One of the fundamental tenets of the physics that run this universe is that energy can neither be created nor destroyed and it’s known as the law of conservation of energy. As energy cannot be destroyed its dissolution from our form (and state) to an alternative one must also mean that we somehow become something different, somewhere else.

Death preoccupies us because we have no definitive answers which creates uncertainty that generates fear, which then needs to somehow be dealt with. Some neuroscientists believe that the brain we have is integral to the consciousness we experience much like water ‘experiences’ itself differently when it is in a glass.

Neuroscience however is evolving all the time and the views it holds are also evolving as a result.

At the tail end of the last century, the late Tom Wolfe posed some very interesting questions regarding not just neuroscience and the brain but also the soul and death.

As we study quantum mechanics at a deeper and deeper level we become aware that consciousness cannot really be removed from the universe and still have a universe to speak of. If there is no ‘death’ as biocentrism posits the implications are fairly profound.

Maybe we do live in a Matrix or a Player One world and everything is a simulation. Regardless, however, the point is that if there is a ‘death’ even an impermanent one, for us as we are there is no re-spawn. This makes every moment, every experience, every choice, every relationship we form a conscious, intentional one that can transform our present.

I know you plan ahead. There is coffee and donuts, croissants, cookies and chocolate cake so there is only one thing left for me to say: have an awesome Sunday, wherever you are.