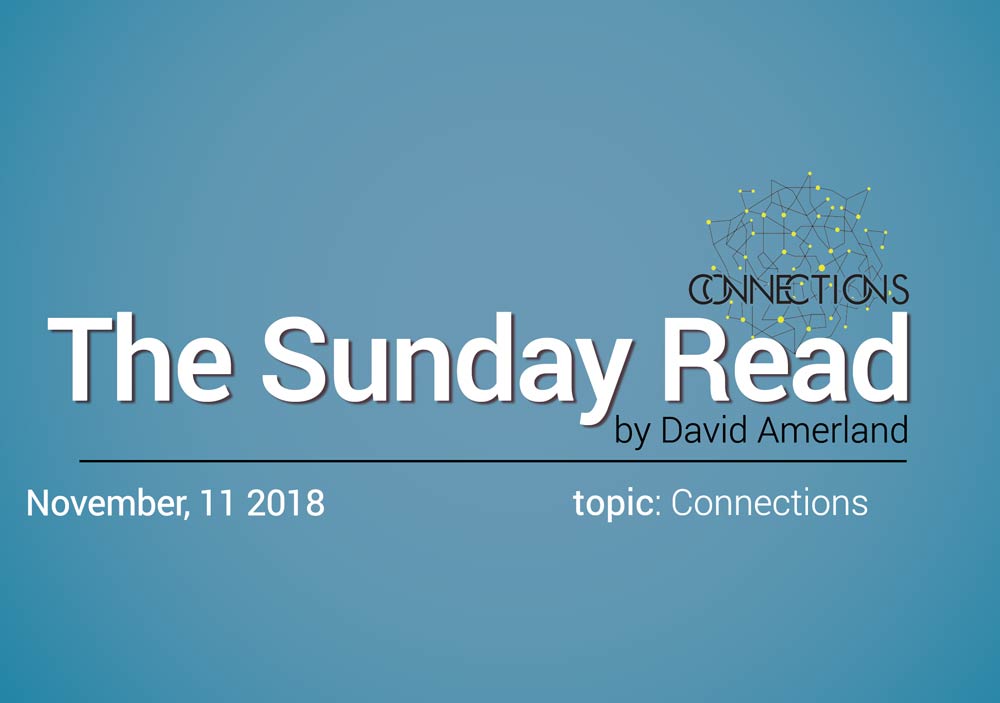 The beginning of the week found me in Milan where I was guest speaker at SMXL 2018. The event, like any other of its kind brought different people from different parts of the world together, united by their need to learn something new and understand something better about the world. Outwardly we were there seeking knowledge but it was in the discussions, talks and connections, later that the real magic of the conference actually took place.

We need each other not least because being with other people makes us happy. We need other people because our biological and cognitive health depends on it. We know well that being alone is bad for us and loneliness is actually harmful. And we also know that our brain uses the social connection to recalibrate itself.

Yet these things which we feel as humans are not human-specific. The social connection cuts across species. A blind, traumatized elephant coming out of the woods to listen to a man playing the piano exhibits the same seam of feelings that Joseph Merrick more popularly known as the “Elephant Man”.

The desire to connect and communicate is felt across all animals, human and non-human and it, apparently doesn’t discriminate when it comes to species even if some species exhibit genetic traits that predispose them to seek a connection with particular animals.

The suggestion here is that all living things are connected that the connection is based upon emotional bonds and that these bonds answer a primal need that brings other species into our extended family. The impact of those bonds is far more reaching than we usually imagine.

In considering these connections we seek to understand not just other species and how they are similar to us but also ourselves and how we are different from them. There is a certain degree of hubris in this search. We want to either uncover that we are, somehow, ‘special’ upon this world – a role which, incidentally, only becomes possible if we learn to cooperate with each other, forging stronger and better connections within our species, or that we are essentially all the same, differentiated by biology.

Either way we want to feel justified in our behavioral choices towards species other than our own and want to have some logical justification to buttress our emotional response to them. Both attitudes are biased and, mostly, driven by our own needs and wants. We use our language to determine animal intelligence and anthropomorphize animals in order for us to empathize with them.

Empathy is key to understanding other species and animals other than human exhibit it also.

But that is not the end of the story. In seeking connections all animals answer a deeper need for validation and meaning, safety and a greater sense of belonging. In seeking differentiation from non-human animals we distance ourselves from primal drives and the implication that we are powerless to control them.

We are conflicted. We want to prove to ourselves that either we are above the animals we share this planet with or that we are worthy of their love and devotion. At no point do we make the effort necessary to balance with this with greater responsibility. The sense that we are only part of the expression of something greater of which animals are also a part of. Consciousness and intelligence may be emergent properties of matter but their existence may point to fundamentals we’ve missed and it is, maybe, in these fundamentals that we will find the universal truths we seek.

Coffee and donuts, croissants, cookies and chocolate cake are emergent properties of each Sunday Read, allowing you to enjoy it better, understand it more deeply and think thoughts of your own about it. I know you’ve done what’s required. Have an awesome Sunday, wherever you are.