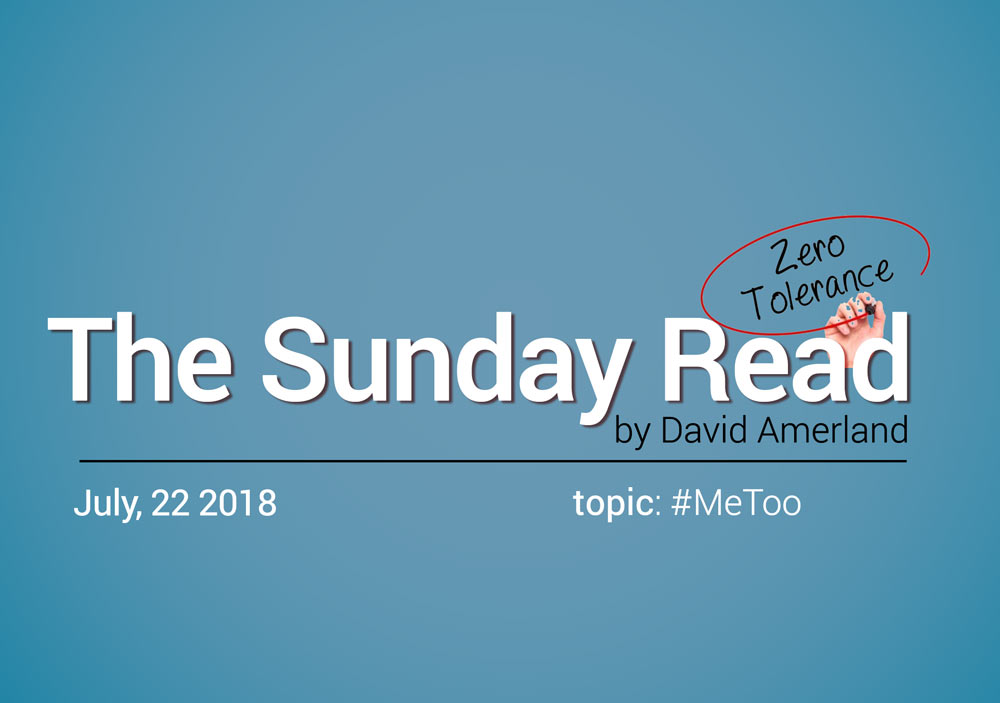 As adults we quickly learn that few subjects are quite as taboo in open discussions as the question of sex, or more particularly sexual politics.

For something so private and, generally, taboo there is an enormous amount of legislation governing it (and us) - which remains largely unaddressed, unacknowledged and undiscussed. At least outside the circles of those directly impacted by it.

This is odd. We live in a time when we can see so much of what is going on in the world that it becomes obvious that the most natural abuse of power or perceived power comes in the form of sexual harassment in every situation where a woman is seen as being at a disadvantage. The Weinstein effect has opened the floodgates and highlights just how prevalent and pervasive sexual harassment really is and the double standards that apply.

This begs two obvious questions: First, why has it taken us so long to face up to this reality? Second, why did we never think that one of the most basic levels of interaction between sexes that have inherent biological inequalities which have leaked into our social constructs would not lead into abuse if there is no coherent oversight in place?

Gretchen Carlson’s TED Talk makes for uncomfortable listening and highlights a problem that is being highlighted by the #MeToo movement.

I have my own theory on the answers to the two obvious questions I have cited here. It has to do with the perception of gain and the perception of cost and the costs/benefits analysis algorithm that underlies many of our personal decisions. On a broader scale it is logically clear that in order to change something we need to understand why it happens in the first place. There is no shortcut to that.

It is odd to think that politics and sex are related. But seeing how politics is really about finding ways to live together when we get together in numbers great enough to form nations it makes perfect sense that sex and politics will go hand-in-hand and the #MeToo movement is changing that too.

Because sexual harassment is based on biology and culture the problem is global. The mechanism that keeps it mostly hidden is endemic. Some men are speaking about it and re-examining behavior that’s deeply rooted into ‘normality’. To confuse matters even more, men, the active ingredient in the toxic formula of sexual harassment are feeling masculinity is under threat.

Thankfully there are glimmers of hope that indicate the world is changing in some respects. But they are not enough. True change must come from within as well as from without. While we are building the structures that will reshape the power dynamic of our future world, we must also have the strength to look deep inside ourselves and in each interaction with each other, irrespective of sex, we must start from a new place of acceptance and respect.

Unless we are willing to truly try and understand why we are as we are, we shall be incapable of doing anything other than pay lip service to an idea while subconsciously subverting it which is pretty much what has mostly happened until now.

You feel the change? Then act on it.

Coffee doesn’t discriminate. Neither do donuts, croissants, cookies and chocolate cake. I know you know how to put all these together so do have an awesome Sunday, wherever you are.