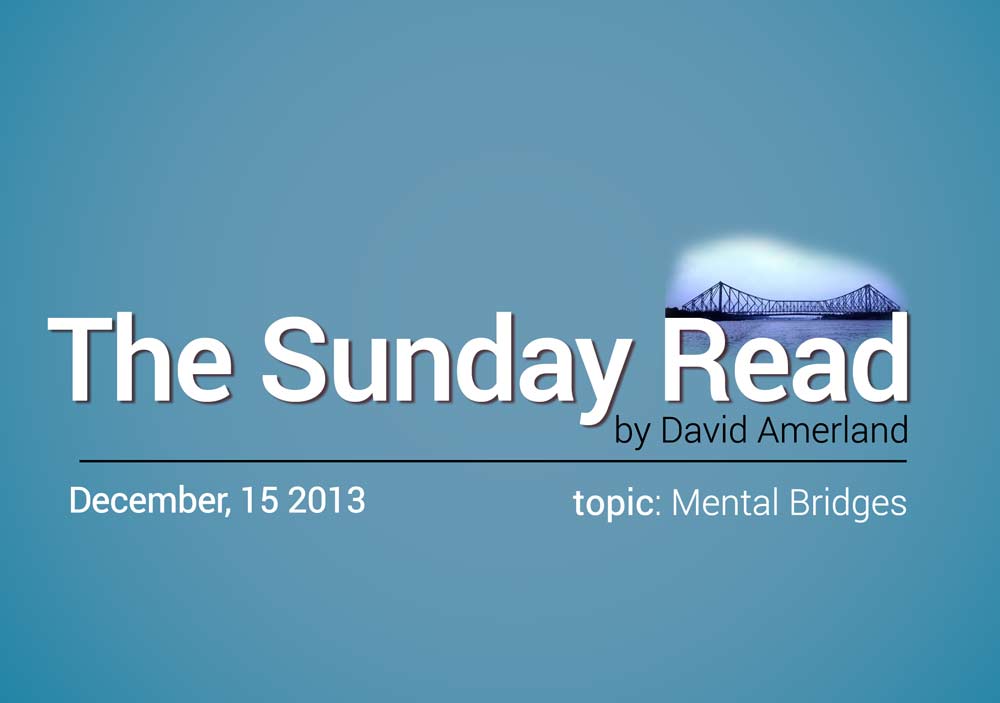 In Auguries of Innocence William Blake starts off with:

To see a world in a grain of sand
And a heaven in a wild flower,
Hold infinity in the palm of your hand,
And eternity in an hour.

There is a juxtaposition of opposites here that is consistent with the entire poem and which shocks the mind into higher thinking. It makes us realise that there is depth in the shallowest of things and more connections than are at first apparent. Our minds are designed to impose order on the universe, learning, questing and probing all the time and the universe responds in kind revealing itself (as Werner Heisenberg aptly put it) to “our method of questioning”.

There is an interesting philosophical inference that arises from that limitation that has direct practical implications: the universe and us, are in sync. It shows only what we are ready to understand. The broader our minds get, the deeper our understanding; the more it unfolds. The journey, continues. The excitement, never ends.

Poets and physicists have a lot in common. In their own way they’re guides helping the mind see new directions and, by taking them, bridge seemingly irreconcilable concepts. Forge new connections. This issue is all about connections. Mental bridges spanning chasms. Leading us into brand new territory.

It kicks off with Yonatan Zunger and his real world analytics approach to pulp covers of the past. Beyond the immediate fun value there is a method here that we are only now becoming comfortable with. We’re learning that by deconstructing the real world, through our observations (in what I suppose we should call the Sherlock Holmes method of deductive reasoning) we begin to understand deeper implications. Like, for instance, in this case the particular interests of the demographic this cover was aimed at. The cultural cross-section that is revealed when we take it apart and look at why it was put together in the first place.

Bridges, also, are being built in Dirk Puehl's post on the German painter Adolph Friedrich Erdmann von Menzel whose meticulous depiction of objects of everyday life in his paintings shocked the mind into bridging the power of the abstract, simulated on canvas to precisely imitate life and the abstraction encoded within the painting, showing something that cannot be seen so easily, otherwise.

Speaking of bridges (and branding as the case turns out to be) consider a post of mine on Voice in social media and how to achieve it and Claude Nougat's incredibly valuable observations in the comments where the Pope and the Catholic Church are drawn into the discussion. A case of dynamics being in effect in different worlds. Branding in business is no different to branding for a Church. The audience is the same. It has the same mindset, the same resistance barriers. And outreach now, follows very similar lines (and I must stress that I am not trying here to make light of faith. I am not taking it into consideration at all in drawing the parallels and that abstraction allows us to see the similarities, much easier).

Those of you who saw my Doge Meme on the Sunday Papers last week are probably aware of the Doge Meme itself, a series of interior monologues designed to strip our awareness of things down to its essential elements frequently highlighting the ridiculous or the truly amazing within it. Well …. Brace yourselves (ah, that’s another meme) because quantum entanglement is coming. (Cue for much coffee, such donuts, wow, very Sunday read, Amaze ;) ).

I know quantum mechanics are a noodle twister but the bridging here is amazing so let’s start off with some basics. Back in the day, when Einstein refused to believe that God played dice with the universe, he proposed a thought experiment to buddies Podolsky amd Rosenberg that has become known since as the EPR experiment the experiment backfired proving that God, maybe does have a gambling streak of sorts, and Quantum Entanglement where we are all connected (it boggles the mind) in ways we do not understand and cannot see (but can actually measure) was born.

Fast forward to the now and Brian Koberlein (who is an astrophysicist) discusses quantum entanglement and shows what Einstein most probably missed and he uses a very clever Doge meme to illustrate it, too.

The past week was a week where quantum mechanics played a central role (at least in my stream) as Louis Del Monte shared a post that may be helping build the biggest bridge of all: the quantum of the micro world with the effects observed in the macro world. It is still a hypothesis, but the mere hint of that opens up all sorts of implications.

In case you’re thinking this is getting too abstract consider the Wow, Amaze effect of the next post where Andrew Carpenter shared a link to research that shows that quantum entanglement may be what keeps together our DNA molecules and by inference, ourselves.

Bridging the importance of knowledge, education, mindfulness, understanding and the impact it all has on what we achieve in our brief life on the planet is a real-world example of an Ethiopian village that has become an outlier because it is wealthy, educated and egalitarian what is of interest here is the stripping off of the layers so we can see the dynamic, what made them different (which is what makes us different) and, interestingly, the response of those around them who rather than try to emulate them and risk failure) find it far easier to try and tear them down.

The value of information, the ability to encode things so that clarity can be extracted from them and the fascinating effects of a signal degrading are seen in the final post of this piece where a video, ripped and re-uploaded to YouTube 1,000 times becomes a signal from an alien world.

This has been a bit heavier in content than usual. We are getting, by degrees, into the territory where our minds, our cognitive capabilities, are taking us to places where we have never been before. ‘Dots’ joined, form new pictures, reveal new realities.

We started with a poem so perhaps it’s fitting to end with one, from Jonathan Swift, this time who in his On Poetr, A Rhapsody wrote:

So, naturalists observe, a flea
Hath smaller fleas that on him prey;
And these have smaller still to bite 'em;
And so proceed ad infinitum.
Thus every poet, in his kind,
Is bit by him that comes behind.

Reality always unfolds and none of us is ever so perfect as to be immune to being outdone. Let “much coffee” flow and “such donuts” get eaten and have a stupendous Sunday wherever you are.