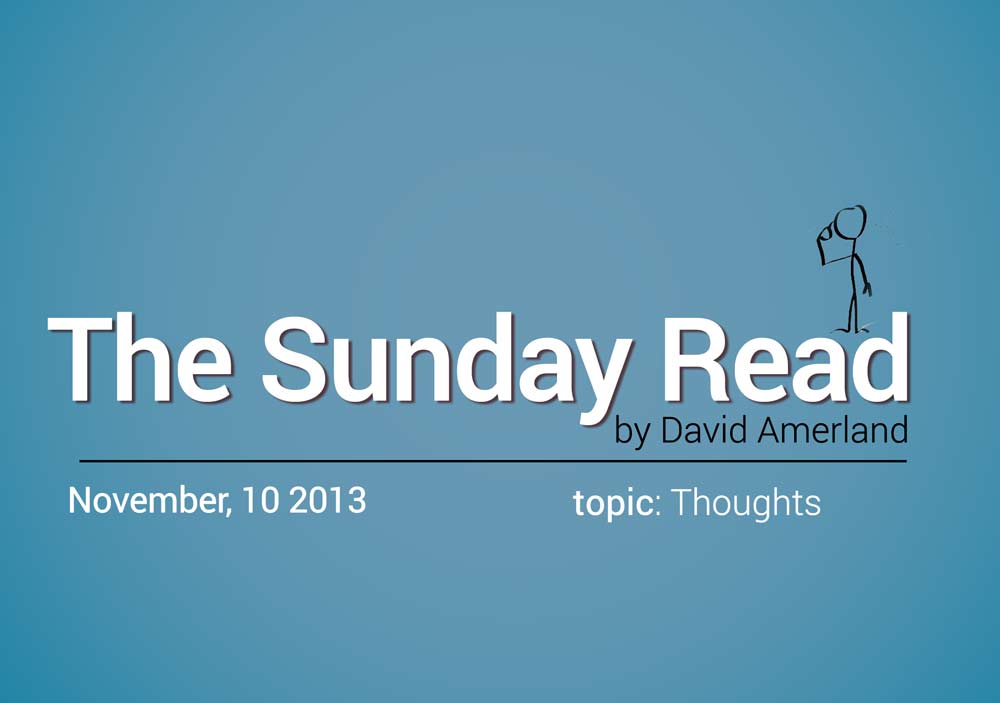 We use language to express ourselves, define our thinking, discover meaning and communicate and we know from experience that even at our best, language, as a vehicle is a poor channel. It is imprecise, rife with hidden meanings, real as well as imagined subtext and syntax that often trips us up at a culturally contextual level. Something as seemingly simple as the phrase “I like your pants” takes an entirely different meaning in the UK than it has in the US.

The now largely discounted Sapir-Whorf hypothesis argues that the language we speak actually shapes our experience of reality. It doesn’t but it does contribute to our perception of it. Just like search contributes to our worldview and how we visualize our place in the world.

It could be argued that if we had the perfect language we would be able to perfectly express ourselves and that would immediately clarify everything and change the world by doing away with the hidden meaning that’s found in our communications. This line of argument makes perfect sense until we come across Ithquil, a constructed language (conlang in the lingo) and the strange tale of its creator courtesy of Mani Scienide

And if that piece is not enough to give you your fill of linguistic knowledge consider the problem of the humble “Huh?” that’s been found to be similar across wildly diverging languages and cultures indicating there is a deep underlying logic to the machinery of language that’s governed by convergent evolution - courtesy of Charlotte Pierce.

"The problem in the past has been the man turning us against one another. We have been unable to see the truth, because we have been fighting for ten square feet of ground, our turf, our little piece of turf. That's crap, brothers! The turf is ours by right, because it's our turn. All we have to do is keep up the general truce. We take over one borough at a time. Secure our territory... secure our turf... because it's all our turf!"

I was just 15 when I first heard those words, having used an ingeniously created fake ID (because back then they really were not easy to come by and I was not willing to wait until I was "old enough") to get into the cinema. By the end of the film the audience was so hyped the theatre was trashed and the cops had to be called in. The words reverberate today because the language of film has always spoken to us through the mythopoeic. The Warriors is based upon a historical footnote from ancient Greece and takes us beyond the stereotypes to the things we feel are always important instead of just being expedient. Speaking of expedient and unconventional heroes The Escape Plan with Stallone and Schwarzenegger is not just going against type but it appears to be as unconventional as it gets, with a contemporary message drawn from our current situational awareness.

And just in case you thought life does not imitate art consider the case of the gyms that supplement their energy through muscle power – courtesy of the indefatiguable +SciFi Author: Lacerant Plainer and the Black Mirror episode Fifteen Million Merits where participants cycle on exercise bikes for a living to create energy.

And from humans in a fictional future being treated like lab rats to humans in the present being ‘trained’ to produce energy we leap back into the past where starting with the Victorians, the world was possessed by a singular passion to create a simulacrum in the hope that by simulating life in an automaton they would crack the code that made things alive. The automated boy known as “The Writer” created by Jaquet Droz (courtesy of Yonatan Zunger) is spooky in its ability to write, seemingly like a human.

Computers and automation however were not just the province of the people of the 18th century. Thousands of years earlier the ancient Greeks produced a programmable computer known as the Antikythera Mechanism there’s more about it here.

While not that far into our fictional future “…Within three years, Cyberdyne Systems became the largest supplier of military computer systems. All Stealth Bombers were upgraded with Cyberdyne Systems computers, becoming fully unmanned. Afterward, the Stealth Bombers flew with perfect operational records, and eventually the Skynet Funding Bill was passed. Upon its creation, Skynet began to learn at a geometric rate. The system originally went online on August 4, 1997. Human decisions were removed from strategic defense. It originally became self-aware at 2:14 am Eastern Time…” OK, I know it kinda sounds far-fetched except unmanned autonomous drones the likes of which this world have never seen before are now a reality (post courtesy of Robert Burns).

Automation and thoughts of a possible catastrophe aside (it may not be too late yet to enrol in John Connors brigade) the very human ability of G+ top helps us connect with some great people here and their ideas comes courtesy of the serendipitous connection of Diana Studer and Heidi Bouman whose interaction certainly inspired the description of us here as flints, sparking off each other.

And closing off our Sunday read there can be no better way that a post that surfaced about a subject we do not talk very much about: s-e-x. In this world of free flowing information and freely available scintillation it seems odd that we do not also have access to somewhat more real information. This is definitely not what you expect and the link to Steve Wilner's post also contains some comments that totally make it.

And upon that note this week’s G+ Sunday Read is complete. I hope you have had more than enough coffee, bagels and donuts at hand. Have an awesome Sunday wherever you are.