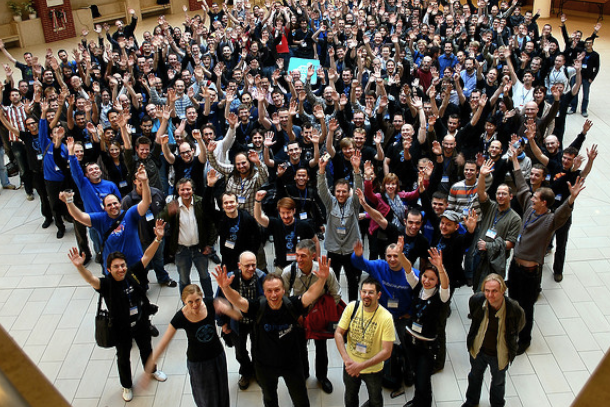 The web has changed and the world is changing with it. If you’re not feeling the quickening that comes with a sense of greater empowerment, right now, you are only a click or two away from the moment when you will. It’s inescapable. And the reason it’s inescapable lies in the fact that everything you do is data.

Reading a web page, like this one, commenting on a website, adding ‘Likes’ or +1s, sharing content, Tweeting it, uploading your photographs through Instagram or Snapseed makes you a publisher of content and a mover of data. Your journey through social networks and your movement across the physical world are now subject to detection, analysis and classification and that’s part of the change.

While Web 1.0 was … well, the web, and Web 2.0 was the moment when websites became interactive and started being digital platforms we could go to in order to do something the Web 3.0 is the Semantic Web. Everything in it has meaning and every connection adds further potential layers of inference which then lead to more subtle nuanced meaning.

It’s machine driven and computer code generated yet it feels like it’s awakening because, for once, the connections make sense. The empowerment you feel is part of all this complexity. When data is being used to make decisions, understand trends and power developments and you and I are part of that data then it allows us to affect it. In small ways, perhaps, but important ones nonetheless.

You can feel it when you consider the Arab Spring that launched a series of changes across the real world that were powered by connectivity in the digital one. You can see it in the gradual shift in trust where governments, banks or institutions are concerned. And you can see it in search that is becoming smarter, more responsive and harder to game.

The Beginning of the Semantic Web

When Tim Berners-Lee first articulated his vision of the Semantic Web and coined the term to describe a web of highly structured data he thought that it would come about as the direct result of voluntary human action acting for the common good.  If the last thirteen years have shown anything it is that human action, primarily, serves itself first and the common good as an afterthought.

This has made semantic indexing an activity that relies only marginally on the voluntary use of RDFa Markup and schema.org acceptable attributes. Google (and Bing, for that matter) is intent on indexing unstructured data which is then classified into its index as structured data through a detailed analysis of the associations between data nodes.

This allows Google’s search to infer the relationships between data nodes and draw conclusions that can then be associated with search queries. In truth what really goes on at the simple interface of Google search (whether on desktop or mobile) and the web of data is nothing less than magical.

Arise the Web of People

The magic though is driven by people. The Web 2.0 phase was one of websites. They were the nodes upon which the web revolved because they concentrated all the data. Website data then influenced search which, in turn, ranked websites in Google’s search engine results pages (SERPs) and we flocked to them for information.

In the semantic web people hold all the power. The best quality data, the most brilliant of articles, the most critical information remains dormant, unused and undiscovered until it is found, commented and shared by people. People’s profiles drive such semantic search qualities as veracity, velocity and volume. And it is people Google relies upon to understand the importance of connections between data nodes.

Now websites vie for our attention because without the activity of people a website is unlikely to get indexed properly or rank the way it should in search.

It’s no accident that the word semantic means “meaning” in ancient Greek. The semantic web is one of greater transparency, connectivity and meaning. And the transition to it, has already began.