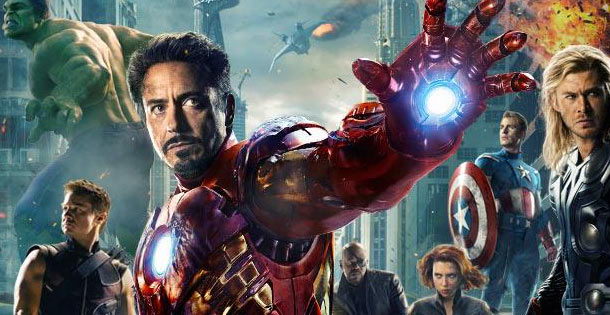 We spend so much time of our working lives talking about the power of the team, team-building, leadership, empowerment, conceptualization, group dynamics and group performance that we forget, in all the psychobabble buzzwords and workshops just what a team does.

Teams have a simple function. They take people of different backgrounds and uneven abilities and normalize them in a way that enhances the team’s performance. In this manner, the team becomes an entity that is much, much greater than the sum of its parts.

I misspent a large part of my youth living in the Marvel Heroes’ world and, these days, I pay a little homage to the lessons it taught me by pulling lessons out of its characters’ lives. Anyone who went to see The Avengers (I urge you to, it’s actually pretty good) will take away these lessons concerning team dynamics:

01. A team only works when it has team spirit. The Avengers got together to save the Earth and the threat was clear and present from the very beginning but it was not until they each found common ground within the team’s mission and came to peace within themselves about what they were doing there, in that team, that they actually became what they were intended to.

02. A team is more than a collection of individuals. The Hulk, The Black Widow, Iron Man, Captain America, Hawkeye and Thor are powerful in their own right. Yet that very sense of power of who they are gets in the way and almost destroys them before they even have the chance to form. It is only by finding something beyond their own narrowly-focused sense of destiny that they each begin to become part of the team.

03. A team needs all of its members. There is no such thing as redundant members in a team. Compared to the Hulk every member of the Avengers is puny and almost useless. On paper The Hulk, an invulnerable being of unlimited strength, has all it takes to stop the invasion of the Earth and save the day, yet that is not enough. A team is always a combination of skills, all of which are needed in order for the team to correctly perform its task and accomplish its mission.

04. A team needs a leader who sets the tone. Captain America, a member of the team with no super powers, weak when compared to Thor (a Norse God from Asgard) and Iron Man (a genius inside a powerful, cybernetic war machine), becomes the acknowledged leader of the Avengers because he sets the tone of their stance. Team leaders are not needed to give orders all the time but they are needed to act as a team conscience and weathervane pointing to the direction the team should take.

05. A team is built on trust. At any given moment in The Avengers, the team members faced almost insurmountable odds and great personal peril. Yet they focused on their tasks, worked with the rest of their team members without pausing to doubt the ability of others or their own. This enabled them to work together in close cooperation and get the task done.

Teams that operate within these five dictates, whether in business, sports or, even, the battlefield, are transformed into an entity that has its own momentum, one which cannot easily be analysed solely through its makeup. It is only then that a team can overcome almost any difficulty it faces.

As people we are at our very best when we work in a proper team environment. In the social media era we are learning more and more about how business works, how other people live and about how societies other than our own operate. We understand that collaboration is more than an optional extra and that team spirit is something which is not easily achieved. It requires every skill we have to control our strong individualistic tendencies and bring everything together for a common purpose which also helps define a small part of ourselves.

When that happens, irrespective of the arena, the transformation also transforms a small part of our inner selves, helping us grow and become better people.

Five Social Media Marketing Lessons Taught by Batman
Superman’s Five Clever Marketing Tips
The Jackie Chan Factor in Social Media
What Does it Mean to Be Authentic?
How Social Media is Helping Businesses Develop a Conscience
Facebook vs Google+ The Fight for the Web Has Begun