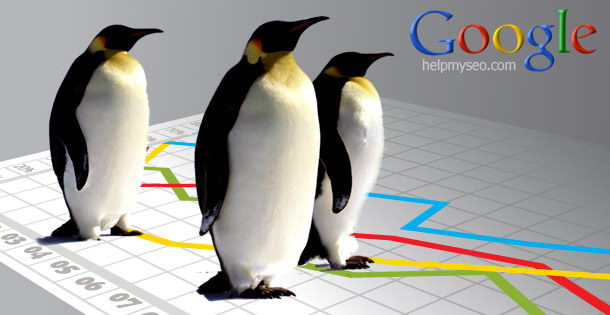 It appears that Google has now given an official name to the webspam update that was supposed to be a Panda iteration and it is … Penguin! Going by the nomenclature Google uses the more innocuous it sounds the worse it is (a kind of reverse psychology)

The Google Plus stream, for the last couple of days has been getting flooded with webmasters whose sites appear to have been hit hard and website forums are overheating. SearchEngineLand reports that Google has a form set up for anyone who thinks that the update may have hit a website that is legitimate and does not deserve to be hit. They also have a form set up for reporting spam websites which the update has missed. If you are confused right now and wonder whether you are being asked to do the job of the Penguin update, you are in good company.

Only 3.1% of Search Queries Affected by the Penguin Update

Most of the websites hit at the moment, I have come across, have been commercial ones which weere using Google Adwords to monetize part of the site.

If you are not sure you have been hit here are the signs:

The third is apparently optional. Given Google’s form for reporting sites that have been unjustly hit my guess is that we will be seeing a lot of fine-tuning here over the next couple of months. The last large update like this was the Panda update and that took months to get right.

If your website has been hit and you are not sure why check out SearchEngineLand’s list of tips.

Bearing in mind that this Google update is designed to fight webspam that has resisted most of Google’s efforts in other updates you may want to revisit the post on recognising a spam signature and taking measures to avoid it.