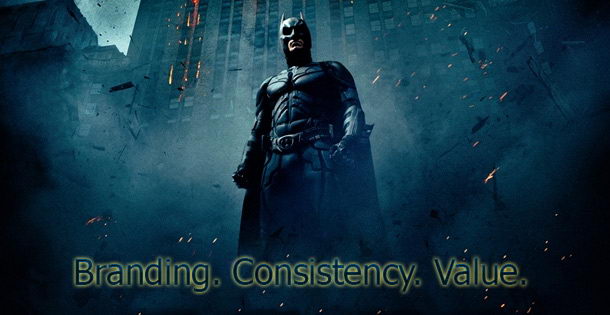 Whether you are a fan of the gravelly voiced, enigmatic, self-proclaimed protector of Gotham, or a critic who thinks he is no more than a psychopathic vigilante walking a tightrope just this side of the law, you have to admit that he is hard to ignore. And that is exactly why this lesson in social media marketing comes straight from the Caped Crusader himself.

01. Know the Rules of Engagement. Batman has a clear modus operandi when it comes to engagement. Unlike any other super-hero he has no special powers and he never kills those who attack him. He knows exactly how far to go, what to do and what lines he will not cross so when he engages friends, or foes, there is never any misapprehension on his part.

02. Work on your Branding. From the gravelly voice to the famous cape and the bat-signal lighting up the sky Batman has taken a flying rodent that lives in caves and is hardly seen by anyone and turned it into a potent symbol of law and justice. And he’s achieved that by working on his branding at every chance. His car is called the bat-mobile, his boomerang is the baterang and even his cave is the bat-cave. The moment you mention the words ‘The Bat’ everyone in Gotham knows what you mean.

04. Create partnerships. Despite being a loner Batman works hard to develop partnerships. He cultivates criminal contacts which he can shake down for information to help him solve bigger crimes and he has worked hard to establish rapport with the Gotham City Police department, through Commissioner Gordon and even talks to the Press. Partnerships allow Batman to be more effective at what he does and increase the power of his brand.

05. Create social value. Despite his obsessive need to rid Gotham of criminals Batman has community value and social value in mind. For him the primary objective is the safety of Gotham’s communities and he works hard to help every community in Gotham become more safety aware.

Which Social Media Network is Better to Use for Marketing? (Podcast)
How Social Media Changed SEO
The Difference Between Social Media and Social Business (Podcast)
Interest Graph Marketing is More Important than Social Graph Targeting
Applying the Social Media Formula to make your Business more Productive (Podcast)
Ten Critical Decisions You Have to Make as a Blogger