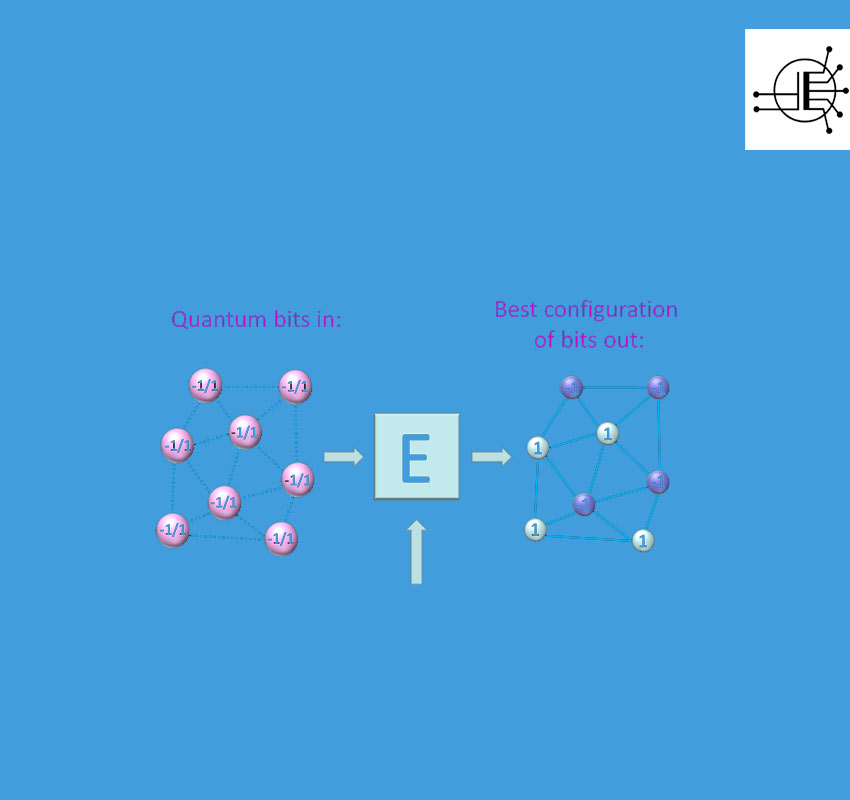 Few words succeed in simultaneously exciting and shutting down the critical parts of the brain the way the word “Quantum” does. That’s because the physics encountered in the quantum world involve such contradictions as electrons existing in two places at once, atoms that are both waves and particles and photons that can burrow through a physical or energy barrier that seems insurmountable without having to raise their own energy level. In short, these are concepts that would appear to be more in place at the Mad Hatter’s Tea Party than anything we experience in our world.

Yet, just because we do not have the means to routinely experience it doesn’t mean that the Quantum world is any less real. Much like microbes did not become a reality until they were observed by Van Leeuwenhoek using a microscope in the 1660s so are the effects of quantum computing observable only when a quantum computer is used.

Google bought a quantum computer from D-Wave two years ago and has since used the time that’s passed wisely, testing out algorithms that can deal with specific quantum computing related problems (and yes, that will also impact on search as I shall explain later). They now have a like-for-like test where a plain-vanilla computer is pitted against a quantum one and the results are more than encouraging.

Let’s get a little erudite here, before we go looking for the payload. Hold onto your hats while I take you through the terminology and its meaning: Google’s computer was tested on Quantum Annealing (QA for short), which is a metaheuristic (a higher-level process designed to generate a partial search algorithm) that finds the shortest path available over a number of given paths that will lead to the best result possible (a.k.a. the best answer to an optimization problem). In other words given a fiendishly complex problem with a really large number of possible outcomes of which only a very limited set is considered to be the best one, a quantum computer will find the answer up to (according to Google’s paper) 100,000 times faster than a regular computer.

To understand the need for razzmatazz here consider that this is not a case of throwing more computing power at the problem. Quantum computers use quantum mechanics to deliver an effect known as quantum tunneling which, in its simplest form, can be explained as allowing electrons that are in a particular phase state to overcome a physical or an energy barrier without requiring a higher energy input themselves, first. This means that quantum computers can generate greater computing power without the need for an increase in power consumption or more chips or servers coming online. This not only makes the process more environmentally friendly but, crucially, it also makes it more cost-effective.

At a time when computing power is put to use in machine-learning problems such as semantic search, image recognition and voice search, being able to do it faster and more efficiently also makes it more effective. Put most plainly, quantum computing has the capacity to generate more “bang for your buck” per computing cycle which is why Google is looking at it, now.

Google has already been using a form of artificial intelligence, called RankBrain, to help it field answers to search queries that Google search has not seen before (typically around 15% of the total).

Beyond the fact that search will get faster and more responsive there is an additional element to having machine-learning move to the heart of search and it’s something Google has been gradually doing since the Hummingbird update: constant adjustment and refinement to ranking signals. Prior to semantic search the Google search algorithm needed annual updates that were in themselves quite disruptive. Google needed to announce these beforehand in order to stem the outcry over the sudden disruption to ‘normal’ search rankings in the results that each update caused. It would also use its announcement to indirectly elicit feedback that would help it iron out some of the anomalies its updates created.

Since 2012 Google has gone dark on updates, with the odd exception. There is an obvious need here for the company to stop the gaming behavior and search-engine-chasing mentality that produces poor quality content so this is partly the reason for it, but there is one other that is far more important and it’s key to semantic search. Updates to the search algorithm in a semantic search environment are constant. Even a ‘good’ signal that becomes so prevalent as to be meaningless can quickly be deprecated and more rarefied means put in its place, on the fly to help make sense of search results.

All of this takes computer processing power and cracking the quantum computing problem can potentially allow Google to shift more and more of its core search to quantum computing servers, running the kind of metaheuristics we saw on its experiment with Quantum Annealing.

What Marketers Need to Know

And now for the payload. Semantic search is going to become faster and more accurate. It’s only a matter of time before we start seeing predictive search (Google Now) playing a key role in searcher intent fulfillment. It is also a given that as more and more people use Voice Search or take advantage of mobile connectivity to carry out impromptu searches the number of search queries that Google has not encountered before will only go up. That really means on thing: data density.

If your online presence does not fill every possible informational gap in the path that a customer must take to get to your website and do business with you, it is unlikely that search will have the confidence necessary in its assessment of what you do, to be able to serve it across devices and means of discovery. It is also unlikely that an AI will be able to make the intuitive leaps of knowledge that will bring your website up as a result in response to a search query that you could never ever think to optimize it for.

And really it is all about being discovered. Those looking for your products and services want increasingly fast, accurate, trustworthy solutions to their search queries. Search has a vested interest in continuing to deliver exactly that.

In order to be able to take full advantage of search now and in the future you need to:

Sounds simple. It takes some work. But the benefits will be totally worth it.