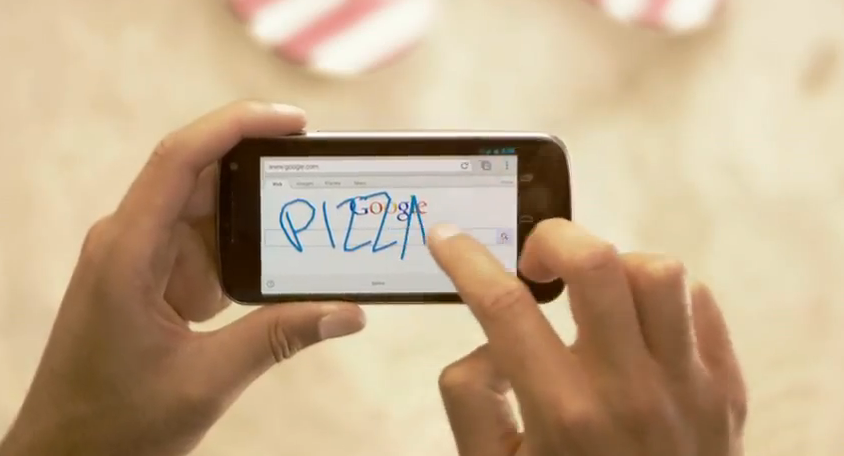 Digital keyboards are fiddly and when typing on a small screen the potential for error is actually pretty high (one reason I find the Swiftkey predictive keyboard to be so useful). Google now does away with some of that by allowing input to be handwritten (yeah, messy as that may sound).

For handwriting to actually be more than a gimmick as an input method there are some very specific requirements:

Cool as all this may be (and it is pretty cool) you also need one additional element that is a make-or-break deal: utility. If you have to be near a wi-fi or use roaming data in order to access a tool the moment you need it, the chances are you won’t.

Google has solved this by making the capability device-native, so it can work on your phone or tablet but also cloud-capable (if you want to take advantage of the cloud and Google’s servers).

The end result is pretty neat, the speed recognition of the characters that converts your messy caricature finger-writing on your phone’s screen to neatly typed words and letters is customizable from the app settings and for me who finds it next to impossible to write the @ symbol, Google figured out what it was and created the email address I was sending it to, in next to no time. 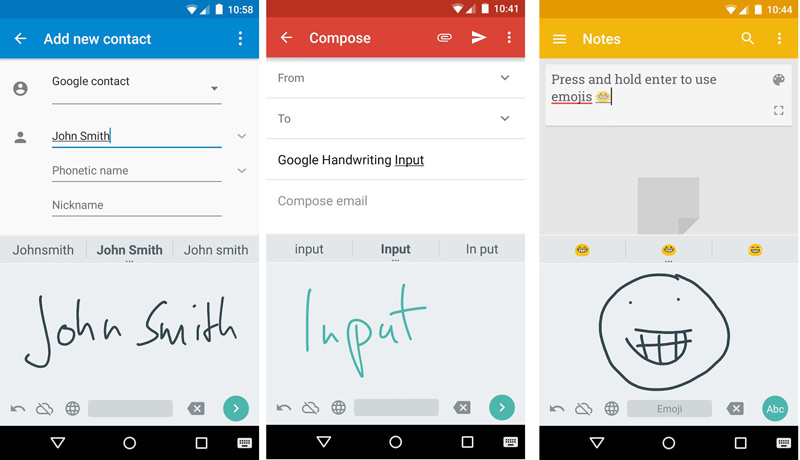 Google has used the algorithms from Google Correlate to apply it to handwriting models that use a statistical predictive analysis pattern based on end-user data to find what the letters being written are in a given language (and there are 82 of them!).

We’re getting to the point where “semantic search” is no longer a thing and really we should be talking about, just search. To pull all this off Google used nothing less than its ability to link up developments in different areas, powered primarily by search-related algorithms. All of this revolves around personalization and the development of technology to simply do things we want, rather than us having to figure out what to do with it.

There are several important takeaways here. Device usage is increasing. With that we can also surmise that the data that Google acquires also increases. This means better understanding of intent in searches, better understanding of query use (just like Voice Search changes the way we input queries so will handwritten text have an impact), better understating of context related to search queries, better understanding of device use in relation to intent. ll of this “better” all round stuff really means just one thing: search, marketing and branding (which are increasingly overlapping in their effect) are now governed by the basics of human psychology rather than the capabilities afforded by yet another set of tools.

This should also point the way forward. If you want your website and your online business to appear in relation to searches you need to understand what drives your potential audience to engage with you in the first place and position your content to meet, exactly that.