The Economic Impact of Search 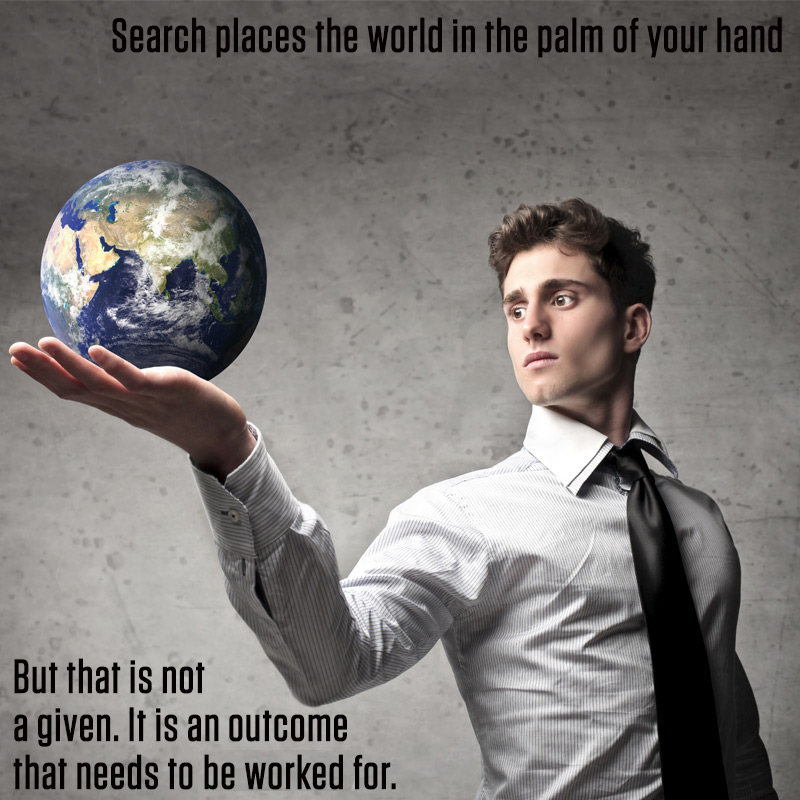 Search is so pervasive that calculating its economic impact presents some unique difficulties. Those who have, in the past, tried to calculate it focused either on the SEO industry with North America alone being worth $15.7 billion (in 2010 figures) or the total ad spend that Google receives (about $60 billion) or the total economic impact that Google has through search and Adwords, Google Adsense and Google Grants.

In the US alone, just for the state of Ohio in 2009, this amounted to the generation of over $1.1 billion. Economist Hal Varian (who works for Google) recently carried out some rough calculations to give the annual figure of Google search’s impact on the US economy at $119 billion.

The World of Global Search

Although Google commands almost 90% of the global search market share search is not just Google, so globally the impact of search depends on three fundamental factors that also drive the construction of any online economy: 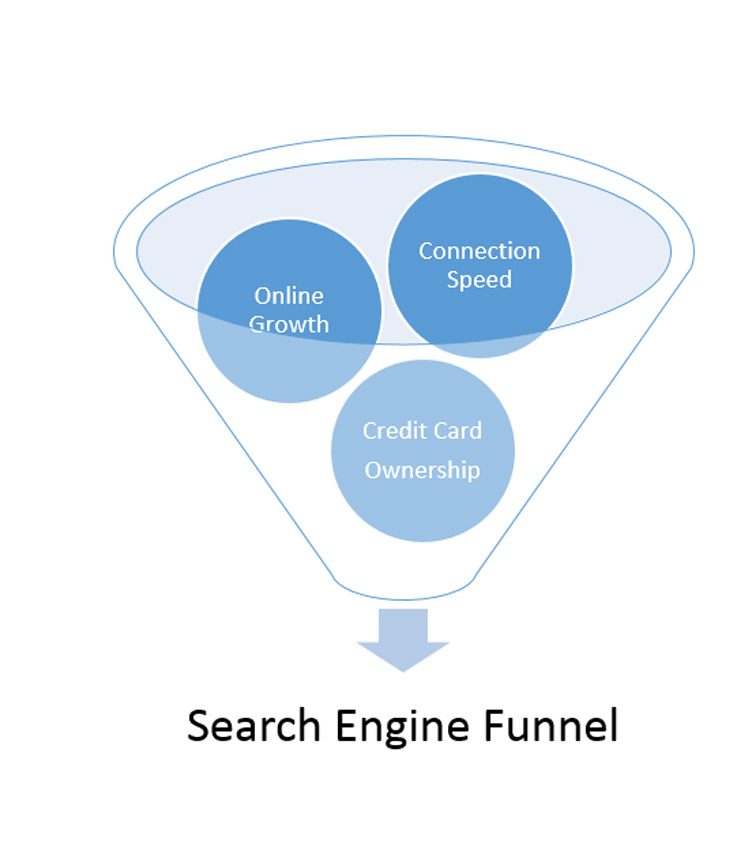 To illustrate the impact of high-speed connectivity in an economy consider that:

…research published by the BBC has found that 21% of Britain’s population lack the basic digital skills and capabilities required to realise the benefits of the internet. Around a third of small and medium enterprises (SMEs) don’t have a website, and when we include voluntary, community and social enterprises (VCSEs) this figure rises to 50%. Independent analysts Booz and Co. estimate full digital take up could add £63 billion value to the UK economy.

In a qualitative study of broadband in the UK carried out by an Oxford University funded team, the report read:

…in terms of ultrafast broadband (100mb/s or more), which is becoming more and more essential to thrive in an evermore digital world,

South Korea was cited as an example to be emulated with free, high-speed Wi-Fi everywhere and upload the download speeds that most countries can only dream about.

The three factors that drive search can be demonstrated in growing economies, like India’s where connection speeds have been growing for some time but the ecommerce market has only recently began to enjoy a boost with a corresponding increase in credit card ownership.

What Does This Mean for Businesses?

Businesses that do not have a web presence are shutting themselves off from a large slice of potential customers. Businesses that do have a website need to integrate it tightly into their offline operations rather than just graft it as an optional extra.

Search is key to being found. Disregarding it because “it’s too difficult” or “too expensive” is not an option. It has to become part of the arsenal a business uses to succeed and it needs to be understood better so that strategic decisions can be made about it.

A business then requires:

The formula works irrespective of whether we are talking about a multi-billion dollar global conglomerate of your local corner shop.

What Does it Mean for Local Economies?

On the web connection speed is like a good road network in a city. If a city has small, narrow roads, cobblestones instead of tarmac and no easy access and drive-off points, every business within its boundaries, suffers.

The state of the credit economy affects everybody not just banks and individuals. If the banking system is not trustworthy, if access to credit cards is too hard or too easy then the economy as a whole suffers, online payments become difficult and growth of the digital economy as a whole, slows down.

What Does this Mean for National Economies?

Everything is like a stacked house of cards. Businesses cannot thrive if the local economy does not have the right conditions for growth. Countries cannot grow wealthier if there are no initiatives promoting change and creating a drive for development. Businesses that focus just on what they do, thinking it’s enough are fooling themselves. Whether they like it or not they are now in a networked partnership with their public and their government. Everybody, in some way, becomes a stakeholder.

This gives businesses that have a dialogue with their audience real clout. It makes local government and tech companies that drive the internet ‘pipes’ accountable. It makes national government more responsible. It makes regional government an integral part of the process, It provides a seamless connection that leads from the customer experience to the business to regional and then national issues regarding the economy.

The economic impact of search cannot be divorced from the psychological impact it has at the point of end-user empowerment and awareness. This transforms the entire discussion from one about business and money, politics and power to one about people and the opportunities afforded them by the systems we set up. The change in the world we see begins because now, nothing happens in a vacuum and everyone is connected to everyone else. Everything is connected to everything else.