What Would Change if Google Was Broken Up? 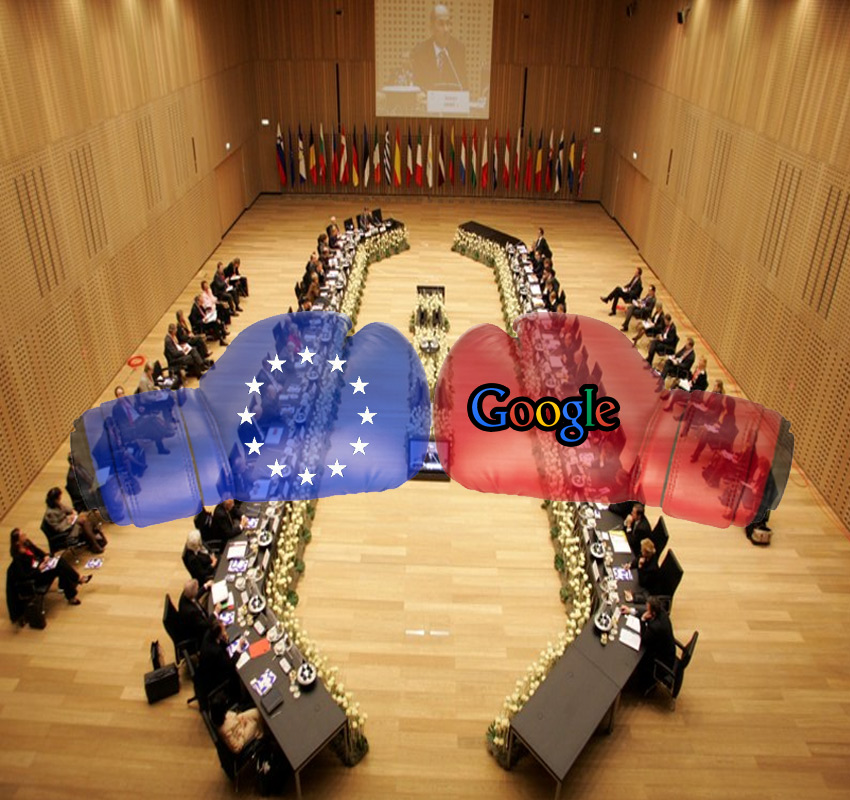 To understand the complexity of the EU vs Google war consider that it’s being waged across three separate but now overlapping fronts.

1. Old vs New (Newspapers versus the Web)

The primary motive force against Google has been the newspaper publishing industry whose sentiment was perfectly articulated in the quote below:

"Hans-Joachim Fuhrmann, a spokesman for the German Newspaper Publishers Association, said the Web sites of all German newspapers and magazines together made 100 million euros, or $143 million, in ad revenue, while Google generated 1.2 billion euros from search advertising in Germany.

"Google says it brings us traffic, but the problem is that Google earns billions, and we earn nothing," Mr. Fuhrmann said."

This is a classic fight of one news monopoly that had a high entry threshold which allowed it to act as a gatekeeper of information and political power broker, now fighting against another which is usurping it and using every means at its disposal.

Indeed, making use of German “Ancillary Copyright” law on the use of data the German newspaper industry has led the fight for compensation from Google for the use of their data in the search results. Google’s response that required publishers to specifically opt-in into search results forced the German newspapers to capitulate as they saw significant drop in traffic but opened up the avenue for anti-trust proceedings against Google.

In the US antitrust legislation comes in the form of the Sherman Act which specifically states that it is not against virtual monopolies that are created because of excellence or natural lack of competition but specific business practices that make it impossible to have fair competition.

Within the EU antitrust legislation also focuses on the types of conduct within specific industry sectors. Companies that are found to be in violation of antitrust laws can be heavily fined and, even, broken up, depending on the severity of their transgression.

While Google holds a natural monopoly in search due to its dominance in the field the case for anti-competitive behavior rests on the allegation that it favors its own products in the organic search results over those of its rivals. The battle flared up in 2013 and Google proposals to solve this were rejected.

The issue here is two-fold. First the EU’s legal definition of abuse is different to that of the US and second, Google holds 90% of search traffic in Europe versus 67% in the US.

EU Privacy regulations have been one of the cornerstones of digital development across the EU and has been accepted as a component of human rights law.

Here, the EU has been having a recurring conversation with Google on the matter with the feeling being that Google is willing to play to the letter but not the spirit of the law and is doing the bare minimum when it should be doing more, to comply.

The battle took a turn of a different kind when the EU imposed the Right to be Forgotten in search. The difficulty on this issue is finding the balance between freedom of speech and individual expectations of privacy and it has divided even EU ministers. Despite the divisions and the fact that many proposals are not fully realized yet an EU panel suggested that the “Right to be Forgotten” should apply globally in search, not just locally or regionally.

On top of this the European Union privacy regulators have drafted a list of requests they want Google to comply with.

The Venn Diagram of Search

The overlap on all these skirmishes is data. Data is what allows a search engine to deduce context and intent in a search query and relevance in a piece of information. In a semantic web lack of data creates inconsistencies which reduce the trustworthiness of a result and it is deprecated (or not shown) in search. Create enough inconsistencies and you effectively emasculate search which then begins to go back to the pre-semantic search days of irrelevant results showing up even for very basic search queries, spam and poor quality websites.

Ultimately a search the functions as it should is good for everyone. It should help end-users find exactly what they want, it should help local economies thrive and it should enable the free flow of information across the world, creating greater transparency which can lead to empowerment, accountability and innovation.

Some of these may be a problem.

It May Be Personal

While the EU Commission has to act for the benefit of its citizens it does not stop being an unwieldy political power block that has come under criticism for its lack of initiative in helping digital development across the EU and for its failure to heed voter sentiment.

Tackling a seemingly monolithic US corporation that is also on record for having legally but unfairly, from a social point of view, dodged paying its fair share of tax may be an easy win. Google, of course is not alone in this but it is the most successful, highly visible, tech company on the planet. Taking it down a notch, or two will deflect heat from more serious issues for quite a while.

One of the legislators involved in the call for Google’s “decoupling of search” from its products has a conflict of interest. When the EU parliament voted for the breakup of Google it did so knowing that this was only a recommendation that increased the pressure upon the EU Commission.

What’s of greater interest is that it did so in the context intended  “…to break down barriers to the growth of the EU's digital single market…”  in the wider framework of a telecoms package.

We have been here before.

On January 1, 1984, Ma Bell, the world’s largest company was split according to a mandate passed just two years earlier into seven, independent, regional groups affectionately known as “Baby Bells”. Prior to its breakup the AT & T Corporation that had been the sole owner of the Bell System was, indeed, engaged in commercial behavior that abused its position and made it impossible for any kind of competition to effectively take place.

The Bell System breakup was intended to foster competition, drive innovation and create a more equitable telecoms marketplace. Sentiments which eerily echo what the EU Parliament levelled at Google.

The first casualty of the Bell System breakup was Bell Laboratories which were instrumental in creating cell phones, digital telephony and some of the mathematical breakthroughs that would, ironically lead to search, today. A PC World piece convincingly argues that the breakup was unnecessary created legislative loopholes through which a monopoly of sorts has been reborn, without regulatory oversight and robbed us of true innovation.

Bruce Kushnick, who has spent a lifetime as an analyst in the telecom industry has put together a detailed, thoughtful analysis of this which shows that the losses were way greater than the gains and that consumers were ultimately harmed, as a result.

Which neatly brings us to Google.

A European Google With Search Decoupled?

AT & T in the US was not broken up because it was a monopoly. It was broken up because it essentially was its own supply chain providing all of its hardware and services and therefore being in a position not only to dictate terms and conditions on the customer (who did not have a choice) but also determine the pace of innovation of its industry.

Google is not in the same position. Competition from Apple and Amazon (and even Microsoft) as well as every Android manufacturer who has forked Google’s free OS makes sure of that. But that may not be enough to stave off political intransigence.

Suppose search was decoupled and Google was forced, in Europe, to spin off its various verticals into separate companies like Search, Video and Cloud Services (as a suggestion). What would this really achieve? Search is a digital product (like most of Google’s services) it cannot work without quality data.

Data requires access and size and just like the ‘Baby Bells’ are busy merging back into huge entities to ‘compete better’ in the global market a decoupled search will make special alliances with partners and competitors in order for it to work the way it should.

Because, on paper, it will have met its regulatory obligations it could, through commercial agreements that are not governed by the current Google, global ethos, engage in behavior that will be commercially viable (and legal) yet more far-reaching and intrusive in its operation than anything we have seen now. What’s more by technically restricting the information sharing that now happens across Google products a decoupled search has a legal imperative to drill down to detailed data acquisition as its only viable means of survival.

The EU, having fought the ‘good fight’ and satisfied with a job ‘well done’ would be unlikely to revisit a costly, energy-consuming exercise that would further damage the competitiveness of its digital economies.

There are alternatives to this of course. The EU Commission does not really understand semantic search and in its inability to understand it, it fails to find opportunities. The amount of money, time and energy that has been spent on this debate, to date, would have delivered a more equitable outcome by using Google services to help promote local economies and achieve faster growth in its digital markets while, at the same time, worked to find solutions that will truly work within the EU legislative framework without breaking search.

That requires an ethos of working for the voters, the very same voters whose sentiment is not even taken into account even as MEPs convene to ‘represent’ the EU electorate at summit meetings. Regardless of whether Google is broken up, or not, in Europe business will continue, search will function ‘differently’ but the same and a few local search complexities apart, nothing much will have changed except, a line will have been irrevocably drawn between ‘them’ and ‘us’ creating dichotomies where none need to exist and failing to grasp that technology is a tool we should all be using better rather than an instrument used to score political capital.