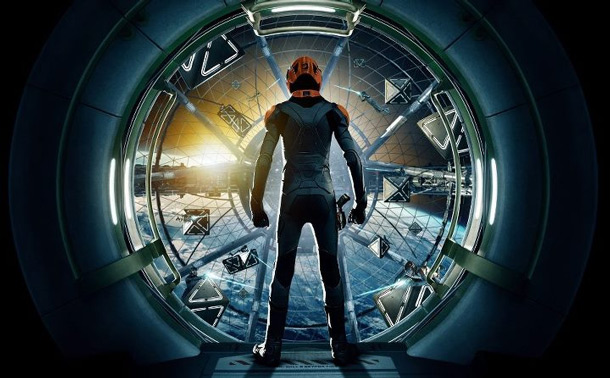 In 1985 when Ender’s Game was first published the world was a different place. We were each locked into the confines of our own skulls, our thoughts entirely our own, our opinions and ideas shared only with the closest of our friends, our self-expression circumscribed.

A publisher was someone who brought out content inked on dead trees. A network was “an arrangement of intersection horizontal and vertical lines” and the words “social” and “media” meant nothing in connection to each other. The Cold War between the Soviet Union and the West was entering the final year of one of its worst periods. In other words, the world was, back then, a truly different place.

I remember having to learn to write code that would be returned to me in a stack of punch cards the next day so that I could run a program at the University mainframe (booked in advance) that would give me a graph differential between two sets of temperature readings. Ender’s Game, which I picked up for something to read while waiting for the program to run, blew my mind.

Science fiction, of course, is never about the future. Whether the action takes place on planet Earth or in the stars, it is always a thinly veiled metaphor for the present. The future is always a blank slate covered by question marks and upon we project our hopes or fears for what it might become; thinking that by this act we may aid the former and thwart the latter.

Ender’s Game is such a book, in a way. But it is also one that bypasses the normal tropes of science fiction that hook it into the socio-political dynamic of the present and goes straight for something different altogether: the psychology of ‘us’. In a writing style that reveals a master at the top of his game Card dissects the human condition and lays its emotional state bare, under the storyteller’s spotlight.

Using gifted children as the main characters is nothing less than a stroke of brilliance of course, for it gives Card protagonists who can exhibit all the intellect of adults, all the emotion of humanity without any of the experiential hang-ups and filters that age, bestows on grown ups. The result is a devastating commentary on what in retrospect is the social media world we live in that Card may not have quite intended but which is nonetheless powerful for it.

The entire message of Ender’s Game can be reduced to five pertinent lessons crucial to our social media age:

Trust is important – Trust is the currency around which everything happens. Lack of trust brings Earth into a third, unnecessary, war with an enemy they cannot guarantee to defeat. Ender distrusts his instructors, suspecting they harbour an agenda they do not reveal. Lack of trust in each other creates an environment of factions and competition amongst Ender’s peers, until he decides to trust in those he is competing against and form alliances that become lasting bridges. Trust is a currency that’s hard to earn and easy to lose and Ender’s Game makes this abundantly clear.

Identity is manufactured – Counter-intuitive as it may be, identity is a construct. It is made up of many different parts that comprise, tone, judgement, beliefs and behaviour. "Perhaps it's impossible to wear an identity without becoming what you pretend to be." Thinks Ender’s sister, Valentine, about Demosthenes, an entirely artificial character. She is right in that the moment you employ all the components of the construct we call identity, you essentially assume it to a degree that is stops being ‘fake’ and it becomes ‘real’. Identity then is behaviour. It is beliefs. It is conduct. It is (in a social media network setting) sharing and commenting. It is content. It is choices. ‘Fake’ identities we choose to assume online, for instance, are informed by very real parts of ourselves we might wish to keep hidden. This is extended to the implicit message between what’s ‘real’ and what’s a ‘game’ that’s present, as a theme, throughout the book. Gamification (to take things into a slightly different context) works because it produces real results.

Communication is key – Social media with its radical transparency has shown us just how critical communication is in establishing understanding. “So the whole war is because we can't talk to each other.” Says Ender to Captain Graff. He refers to the fact that though Earth has fought two major wars against its enemy and lost millions of lives in the bargain, it has never succeeded, not once, in communicating with it. “If the other fellow can't tell you his story you can never be sure he isn't trying to kill you.” Comes back the telling reply. It’s a line that should be engraved in front of each community manager’s and social media network marketer’s laptop. Communication is what allows us to connect, to share an understanding that helps create a culture where our differences bring us together more than our similarities. Total lack of communication between Earth and its enemy has devastating consequences for both. The abject lesson here is that in the absence of any information, at all, we always assume the worst and act accordingly.

Empathy is essential – Empathy allows us to do the impossible: see ourselves as others see us. See other’s point of view. Despite all the tech and all the training it is empathy that allows Ender to succeed in his task. Empathy allows his sister to survive. Empathy leads to a fresh understanding of the events of a catastrophic war and to redemption. In a social network setting we deal with people across time zones, cultures and languages. Expressions frequently do not translate well and humour fails to travel. Yet it is empathy that makes us see that ultimately we all want the same things. That we are all the same.

Community trumps the individual – The first war against an alien race almost destroys Earth because its individualistic style of taking action cannot cope with a highly cohesive community that acts as one. The message in Ender’s Game is not that individual identity needs to be excised and replaced by community values. Quite the opposite, in fact. Individual identity needs to be harnessed by the community, the individual and the community gaining as much from the interaction. Ender wins because he manages to create communities, in his army, that are superior to those of the enemy he is facing.

These five lessons are at the heart of social media. Ender’s Game, as with most fiction, manages to bring them into sharp relief against the background of a story that plays with our emotions.

Card may not have quite guessed, when he wrote the book, just how far-reaching its message would be, particularly given the lamentable choices he has made in his pursuit of private politics. That notwithstanding there is no taking away from the value of the book nor the values it promotes.

In some ways, bar the war with the alien race. Card, writing in 1985 foresaw the future. It is us.

How Google Uses Gamification to Increase its Brand Pull
Game On! How Digital is Breaking Down Barriers
Four Marketing Lessons Taught by Skyfall

Fan-Made Trailer, Below and then the Official Trailer: Ender’s Game