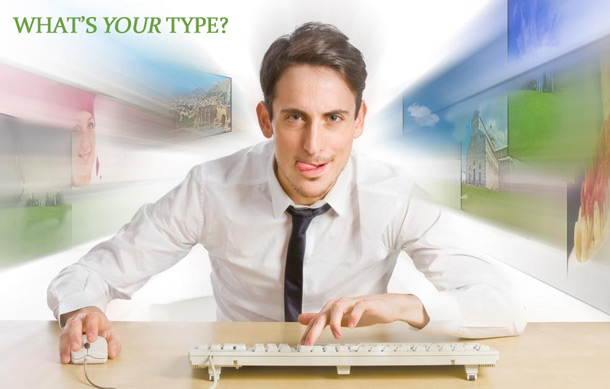 Imagine that you can’t connect to Google+, or Facebook, or Twitter for four weeks. How would you feel? For someone who gets jittery when I lose my connection for a couple of hours I have no idea how I would feel. Certainly, if I unplugged for four weeks I imagine I’d feel the way most people would if they took a month off work and then came back in the office: a mixture of stupid and obsolete.

First Direct, a UK online bank, run an experiment where it asked 40 volunteers across the UK, of different age groups to unplug from their favorite social media channel. About a quarter of the people who took part in the experiment were heavy users while the rest ranged from average to casual.

The rules were simple enough: unplug from your network of choice and submit to being monitored to make sure you have really done so for four weeks. Those who unplugged could choose to go to another network, but not if they had been a heavy user, those had to totally unplug and stay away.

The volunteers were asked to keep track of how they felt keeping a video diary as well as answering a questionnaire. The video below contains some highlights from those video diaries:

So, What Was Learnt?

The obvious fact is that in the UK Google+ penetration is still relatively low, or at least not widespread enough to appear as an alternative on the volunteers’ digital horizon.

Facebook is a lot more social than Twitter. Those who went from Facebook to Twitter found the experience a little unnerving. Their online social world suddenly went silent and there was no one talking to them. Those who made the journey the other way found themselves being forced to change from passive consumers of online information to more active, social participants.

Those who were being forced to abstain completely took it well in the first week or so but as time wore on they became frustrated, jittery and reported feeling cut-off and isolated.

The strongest element of the study showed something that I first talked about in The Social Media Mind which is that social is a default setting in us. Paradoxically we are most socially engaged when we are seemingly at our most isolated, alone, in front of our devices, talking to our online friends.

And There Are Twelve Social Media Types

Surprisingly, given the small sample of the study, there were also twelve different social media types, identified: 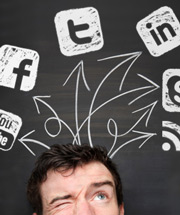 The Deniers – Deniers are only one step away from being Ultras. As the name suggests they deny that social media plays a central role in their lives. They state that they can easily walk away from it all, any time. The reality, as evidenced by the levels of anxiety exhibited by the volunteers who took part in the Social Experiment, tells a different story. 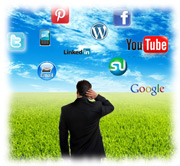 The Virgins – As the name suggests, Virgins are newbies. They create profiles on social media networks uncertain what to expect, how to behave and what to do there. They struggle to get any kind of response or engagement and can frequently become disheartened. Virgins may easily turn into Dippers and stay at that stage for a very long time.

The Lurkers – Lurkers are largely invisible. They stay hidden in the shadows of social media network space, watching and listening but very rarely participating. Lurkers are passive consumers of information. They consider themselves well informed but prefer anonymity to putting any kind of opinion on record.

The Peacocks – Peacocks are number addicts. They consider social media networks to be yet another popularity game and they work hard to get fans, followers and Likes. For them the important element is not the participation but the validation that comes from having a large following or many people linking them. Numbers to them are the end game rather than a means and it is difficult to precisely pin who they are based on the content they share as their populist leanings have them blowing with the wind.

The Ranters – Ranters are highly opinionated and see social media as a digital soapbox, designed to let them voice their opinion to the world. They are marked by a penchant to engage in lengthy diatribes or extensive conversations where they vehemently argue their point of view. Ranters have favourite subjects they like to talk about but they are also marked by the fact that anything can set them off on even tangential subjects. To them social media is an amplification tool for their voice.

The Ghosts – Are privacy conscious to a fault. Worried that they might give away too much data online they form user accounts with false names and identities and participate in the conversation through them. They go into quite a lot of effort to anonymize their online activities and are wary of any new development regarding the use of personal data or location-aware services. Despite their heavy participation in social media networks their profiles are always sparsely populated and their timelines threadbare.

The Changelings – Ghosts, occasionally, set up more than one social media account and project different personalities or interactions through them. Changelings do more than just change their name or profile picture, they also change the way they engage, the subjects they talk about and the people they interact with. In many ways they undergo a complete online personality change.

The Quizzers – Quizzers ask a lot of questions. This is their natural mode of communication and they use question-asking to kick off conversations and start interaction. The thing about Quizzers is that the questions, rather than the answers are the end result. As soon as one question has been answered (assuming it really does have an answer to begin with) they go onto another and another, and another. 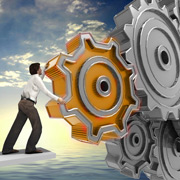 The Informers – If content is the currency of the connected economy information is its high denomination notes. Being able to find out breaking news, first, and share it, provides Informers with a very specific status in a social media network. Informers are vital to the fresh information flow in a social network. News items, memes, videos and stories are found out (and shared) by informers, first. They are an integral element of the social media network ecosystem.

The Approval-Seekers – Approval-seekers tie engagement to online success because they equate it with personal validation. After making a post or resharing content they check to see how their friends have interacted with it. Whether it has been commented on or Liked or reshared in Twitter. They will fret and experience high levels of anxiety when the interaction and engagement are low and will try to find ways to kickstart them.

In their totality the twelve social media types cover pretty much any kind of activity we may come across in a social media network setting. The key takeaway here however is that social media is deeply integrated in the lives of many of us. It is a communication tool we barely notice and which without we cannot really function in the online landscape. It informs our worldview and affects the way we access information and gain knowledge. Its offline impact is increasing.

I know I cannot survive or function much without it. How about you?