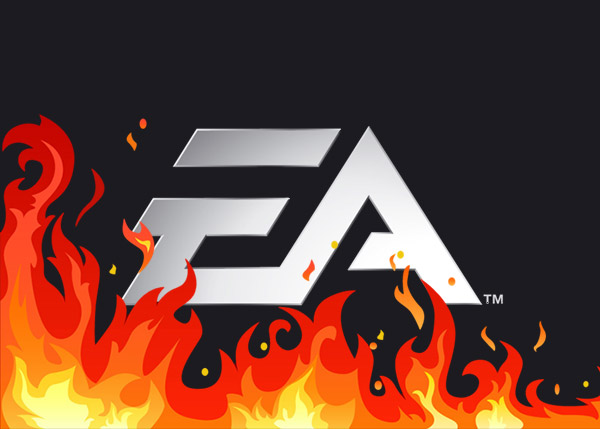 In 2011 BP became responsible for the biggest oil spill in the history of the planet and in 2012 the Bank of America revamped its fees structure seemingly charging its loyal customers for the pleasure of their association with the institution. Predictably both companies accrued more than their share of critics in the online community. But none of this was enough to help either company win the title of most hated company in America; a singular honor bestowed by Consumerist through a voting system on its site.

In both years the title went to EA. A gaming company that, on the face of the results, is worse than both a company that seriously damaged the environment and harmed the planet and a bank that’s busy finding new ways to charge its customers at a time when the economy and their finances are caught in a downward spiral.

There are two questions that need answering here: Is EA truly such a monster compared to the other candidates (it should be noted that both BP and Bank of America made the Consumerist shortlist each year) and Does it truly reflect the qualities we would think of as a “bad company”?

The outright EA win as the most hated company in America two years running owes a lot to the way the web works and highlights two important issues. First, representation. BP definitely hurt the planet in a worse way with the Deepwater Horizon oil spill and it devastated fishing communities, but they are under-represented in the online world. The Bank of America was castigated in public, the Press has had a field day with its charging its customers at every turn policy and there were parts of the web that condemned it to the darkest pits of internet hell, but that too is a fairly small slice of the web as a whole. Gaming on the other hand … that’s huge! Gamers everywhere felt for those impinged upon by EA’s dishonest approach to selling its games even when they were not directly affected. And gamers are active everywhere. All the time. That’s the first requirement.

What’s the second? Activity. When SOPA was tabled the web mobilized and an obscure North American proposal became the focus of attention of netizens the world over. Groups were formed, forms were filled, petitions were signed. Websites sprung up overnight to cater to the need to do something. As the Forbes piece on the subject (linked to at the end of this article) shows, EA is far from innocent and the case against is not without considerable merit. But it is hardly the worst company in America, despite that.

The twin requirements for Representation and Activity, in order to get something achieved on the web; highlight the Achilles’ Heel of our digital existence. Easy as it may be to mobilize, unless we can do so in numbers and with considerable presence, proportionally, across the web, this mobilization will hardly be felt. The danger then is that worthwhile causes and important issues fail to rise high enough on our attention radar to actually become meaningful. Our digital existence becomes trivialized. We worry about memes, games, fad, style over substance. Our digital existence descends into a navel-gazing world of indulgence where our main concerns are either entertainment-driven or consumer-orientated.

The way out of this? It’s information. In the semantic web each of us is a data node of connectivity. Information we consume, curate and re-share has the potential to travel further and be amplified more than ever before. As people we have a corporeal existence that’s anchored in a locality. Traffic gridlocks in downtown wherever-we-live will always trump a life-and-death issue on the other side of the web. But we are netizens also. Whether we like it or not we have a dual citizenship.
When there is nothing we can do directly we ought to be the connective the node. The part of the web that allows information to travel through us and be amplified, finding perhaps ears and hearts willing to take the action we cannot, or won’t.

In this way, no one is inactive. Information does not get siloed. Activity and presence then become governed by more than just a shared hobby and its digital nature. And the web, slowly, becomes a better place. And the world with it.

The World is Interconnected
Siding With Pirates Understand Why SOPA, PIPA and ACTA are wrong
What if we Had a New Value System for Goods and Services?
The View From The Edge
Collaboration Economy: How Digital Culture Unleashes Value