The Real Impact of Search

Because search is digital and we engage it through a screen it can seem both remote and ephemeral. A little like a fairy that appears on command, does not always answer every question we have and then disappears back into its magical realm, leaving us to get on with our lives.

Search however is the point at which two worlds collide. The corporeal world of flesh. Blood, bricks and stones and the digital one of ones and zeros. At that point the fairy dust the fairy gives us has real value that can be converted into knowledge, power and cold, hard cash. Search, in other words, is the point at which the digital and non-digital worlds embark on an exchange of information that powers decisions, affects careers and creates or destroys jobs.

Olympic Gold Medal winner Peter Wilson would not have even taken up shooting had it not been for a search he did on Google that pointed him to the facility, near him, where team GB happened to be training that day, which means he would never have won Gold at the London Olympics.

Search technology is making itself felt in areas outside the web. Search algorithms are now being used by HR departments to filter out job hopefuls by automatically scanning resumes for keywords and relevant data and drawing up the final list.

And search is affecting real jobs. The quality search algorithm update that Google launched two years ago is now affecting business models that were set up to take advantage of the pre-semantic search Google. The fallout of this is accounted in hundreds of millions of dollars as companies that lost traffic as a result of the shakeup were resold at a loss or had to cut back on staff and re-think their business model.

More specifically: Associated Content, bought by Yahoo in 2010 for $100 million had to be killed just over a year later, the site rebranded, over 70,000 articles of its content deleted and the focus of its current reincarnation totally changed.

Suite101.com was another loser of the change in search algorithm, shedding as much as 95% of its traffic and losing the bulk of its Google-ad based revenue model, in the process. Google’s focus on penalizing content farms also affected Hubpages.com and About.com with an inevitable reduction in content providers as the sites take a long, hard look at their future prospects.

As the world of data increases search becomes ubiquitous. We rely on it, on our phones, our tablets and other mobile devices. We use search to book tickets, look up facts, check spelling and, even, remember things and rewire our brains. It becomes the means through which we learn facts, check the weather and navigate to new places.

At a personal level search becomes the port through which we plug into the world at large. And that is only the beginning.

Get a free PDF sample of SEO Help: 20 Semantic Search Optimization Steps That Will Help Your Business Grow. Click here to load on your browser and then save as a download. 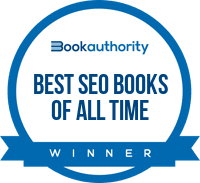 How Social Media is Changing Our Brains (and the world)
Facebook Search and the Search Bubble
Adaptive Learning and Transactive Memory: How Search Engines are Changing Human Behaviour and Biology
Do You Think Outside the Box?