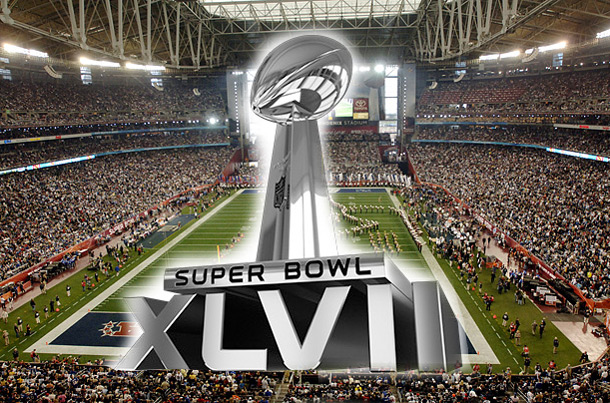 In the social media age the Super Bowl seems like an anachronism. Just when we all agreed that top-down, glossy ads and messages have the opposite effect we all seem to drool at the prospect of the super bowl and its bevy of super-expensive 30-second spots.

Well, for a start because the Super Bowl is no longer about sport. Or at least it’s not about sport in the traditional sense of the word that looks at team performance and mechanics and supports wins and argues losses. Yes, yes, yes, all that is still part and parcel of the pre-game culture but somehow they are dressing, the motions we must go through before we get to the real McCoy which is the ads that form the backdrop of our shared, now global, Super Bowl experience.

The game has now become a meme. The ads themselves a guaranteed talking point as Loren Angelo, GM of Marketing for Audi, says over at Mashable.

"We've achieved record levels of awareness and showroom traffic with national consideration numbers showing significant spikes post game, adding that it's an "ideal time" to tell the brand's story on "one of the world's most-watched stages."

In a time when identity, trust, entertainment, narrative and values are qualities that drive engagement and brand equity the Super Bowl ads with their seemingly old-world, conventional setting have been transformed into the stage where the story gets played out.

So, although, it seems that this is advertising done the “good ol’ way” it actually is social media marketing done via a viral route.

While the passions that drive the fans of the game are strictly local, the ads that are featured there find themselves presented and discussed on a global stage. Whether it is Go Daddy’s rather lame commercial that focuses everything on shock value as Bar Refaeli sucks face with a geek or Samsung’s self-referential, entertaining piece on the Super Plate battle between the san Francisco 50-minus-1ers vs the Baltimore Black Birds the truth is that the Super Bowl ads will get more social media time than the score between any team and long after the memory of the winner of the Super Bowl has faded, analysts will be pouring over metrics that show just how deep and wide the reach of their ads was.

And by the way I am, now, a huge Big Plate fan. Huge. The 50-minus-1ers had better pull through against them Black Birds!