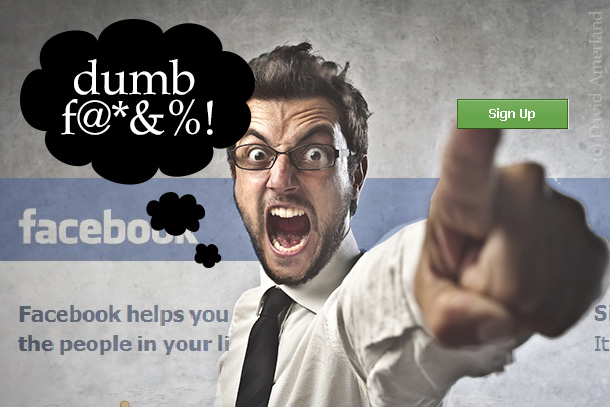 Facebook opened to the public on September 6, 2006 creating the world’s first popular social network and, in the process, changing the online, personal contact experience forever. Facebook gave us the first truly sticky website, it created the first matrix of social interconnections with its Social Graph and it became the reason social media marketing became what it currently is.

In addition it is the first site to have reached over a billion members. It played a central role in the Arab Spring (detailed in my book The Social Media Mind), it revolutionized marketing, forcing companies to become more social and it began the whole trend towards the online conversation, we are so familiar with now. As a matter of fact it would probably be correct to say that without Facebook we might never have got to Google Plus, Semantic Search, social media marketing or social business, anywhere as fast as we have now.

This sterling history of ‘firsts’ though that showed so much promise and produced so much enthusiasm and excitement in the early years has recently been transformed into something darker and more reactionary. A stream that is undermining Facebook’s brand equity and is making a joke of the world’s largest social media network. And the thing is that this transformation was brought about by Facebook itself.

1.    It treats its membership like they don’t matter. For the world’s largest social network Facebook returns the lowest number in Customer Satisfaction for any eBusiness. The network makes it hard to find any way to contact anybody on it preferring to work through online forms and its knowledge library instead. While the platform is, indeed, free it only makes money because of its size and that means that it has to at least to keep its membership base a little happy by showing that it acknowledges them as people, first.

2.    It disregards the privacy of its users. Facebook has frequently been criticized for holding onto Facebook user data even after an account has been deleted. Its ‘frictionless sharing’ caused consternation amongst many privacy groups and its recent data grab through photo syncing created a furor in the blogosphere. Every time the site updates its ToS it appears to be in its favor as far as controlling the data its membership inputs is concerned.

3.    It carries out changes regardless of feedback. The latest example of what is, by now, becoming a familiar Facebook pattern of ‘bait and switch’ is Instagram. The popular app, bought back in April 2012 has had its ToS changed to include a (you guessed it!) blatant data grab that had Instagram fans revolting.

4.    It deletes pages and profiles without due process. For a network that size, keeping an eye on violation of ToS must be a nightmare. Still, it is a social network, one that has frequently become the backbone of entire businesses and deleting a page or a profile can have serious consequences. There should at least be some way to appeal. Yet Facebook appears not only to not have one but the very process through which it can destroy someone’s livelihood appears to be, itself, deeply flawed.

5.    It betrayed, bullied and frequently destroyed the very developers it courted. No social media platform, like Facebook can survive for long without developers who use its API to create games, apps and services. Yet as Paul Allen recounts Facebook betrayed the trust that developers had given it, before trying to get than back again. If that weren’t enough Dalton Caldwell made history in an open letter to Facebook founder, Mark Zuckerberg, where he recounted how Facebook tried to bully him to get out of their way.

6.    It is an opaque, faceless corporation. Despite the fact that Facebook is the world’s largest social network and started life in the free-loving, personal environment of Harvard, it has managed to become a faceless corporation that issues edicts from the top. Its chief executive may want the world to share openly with Facebook but he is extremely careful about what he reveals and only reluctantly engages with the network he created. At a time when Google top executives are only a +mention away in Google Plus and frequently take part in discussions, hold Hangouts and engage with its user base, Facebook’s old-world corporate mentality seems to be particularly anachronistic.

7.    It allowed itself to become a place for trolls and fake profiles. The value of any social network lies in that sensitive, frequently undefined area, where its commercial aims meet the end-user requirements. Success lies in being able to satisfy both. Facebook, first allowed itself to become a place where trust became a thin commodity through millions of fake profiles that went unchallenged. It then became a place for trolls, as a result and topped it off with becoming a stalker’s paradise. This is a failing in the classic sense of the word. Facebook created a digital neighborhood and then, in a broken windows syndrome way, let it sink to the lowest common denominator.

8.    It broke its cardinal promise. The sign up page of Facebook proudly stated “It’s free and always will be.” It was an explicit promise with an implicit message: connecting in the social network was an expense-free exercise. This made it easy for ordinary people to share content and discover new connections, it allowed wider friend networks to showcase content and it also became a valuable tool for small businesses, marketers and large companies trying to tap into the potential of the Facebook members base. Beyond the fact that here appeared to be an algorithmic change in Facebook that was blatantly self-serving without any counter-benefit it also made it look like Facebook was shaking down those who were successful enough in it, because they contributed data, provided engagement and were active. As case studies show the results were decidedly mixed.


9.    It fails to understand that we are not dumb f**ks. Zuckerberg has famously gone down in history as calling his Harvard fellow students a less than fluttering term because they trusted him with their data. Although he has admitted that he has learnt and grown since those days, Facebook’s approach to its membership base does not exactly reflect this maturation.

Will Facebook become irrelevant? As we see Facebook numbers in the US, Canada and the UK dropping or remaining static, at best, it becomes obvious that the social network is growing only thanks to new markets.

Its efforts to monetize its platform since its IPO have succeeded in, mostly, annoying its user base even more and alienating businesses that begin to see diminishing returns. If Facebook does not get its act together and do something meaningful soon, it will end up being a sideshow like MySpace where content is shared as an afterthought because the signal counts but it no longer features in any serious marketer’s or average user’s plans.

Should that happen we will have lost both a piece of internet history and the plurality and competition on the web that Facebook brings by its mere presence.

Facebook Fake Profiles Hurt Your Marketing
The Marketing Impact of Facebook’s One Billion Members Mark
Could Facebook Finally Succeed in Search
EdgeRank Changes Hit Low-Budget Marketers
Take Your Google Plus Experience to a New Level
What Did We Do Before Social Media?