The Zen of Business Decisions and Marksmanship

Can we honestly learn to make better business decisions if we learn to think like snipers? Those of you who have been following my posts already know that I think equating business with war has been one of the greatest mistakes marketing has ever made.

For some time now modern businesses have been working hard to get out of the shadow of zero-sum, games and the desperate mentality they foster and enter the collaborative marketing arena of the social business customer of today. This requires transitioning from a win-lose mentality to a win-win one. The reason this is not as easy to happen as we suppose it should lies in the fact that a successful transition also requires a re-evaluation of value versus cost.

In a win-lose world the entire point of contact between a business and its customers is price. Basically the business wants to make as much profit as possible from every single transaction and the customer wants to get as much ‘bang for the buck’ from everything they buy. That leads to a dynamic tension between the two that kills trust and increases suspicion. This is logical. If each is out for the most they can get they are both likely to try and screw each other every chance they get.

War is the ultimate zero-sum game. Though perhaps not always and not all the time. The “I win you lose” scenario becomes the only guiding paradigm that exists, the moment we enter the phase of combat. Prior to that the gamesmanship played has the subtlety of chess and the strategic manoeuvring of a game of Go.

So Why Marksmanship and Why Now? 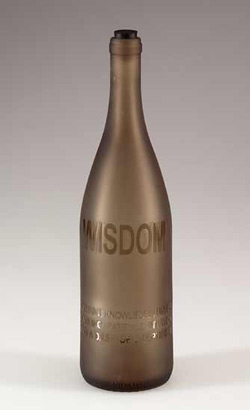 A lot has been written about archers and snipers for us to know the similarities. Despite the differences in technology we know that both hit the target through an almost uncanny synthesis of technical virtuosity, synchronicity and the ability to become so self-effacing that the moment the arrow or the bullet is fired, the marksman and the target have somehow become one.

From this slightly metaphysical description of the act of firing a missile at a target comes the realisation that what happens in each case is perception. And perception is governed by certain mental states of the brain, which means that it can be analysed, understood and then recreated.

If we knew the mental state that enables an archer or a sniper to take into account a number of ever-shifting factors and synthesize them into a decision which, despite the pressure of the moment and the fluidity of what’s happening, resolves into a single, desired outcome we could, somehow, bottle it and sell it.

Critical Decision Making in a Bottle

The way the military sees decision making is nothing less than epiphanic:

The military needs their leaders to be extremely adaptable, flexible, creative, ethical and moral, as well as being able to deal with a variety of global environments.

As it happens business schools across the globe have been studying the same thing trying to modulate situational analysis training which will help bring about the desired end result. In this regard however the military has the edge over business schools. While the latter may be great at modular studies the former actually has snipers, and it has been studying them.

Sniper success, apparently, is not so much in the trigger finger as in the brain. The moment a sniper, an archer or a golfer, for that matter, is ready to successfully make an incredible shot something happens to their brain. Their brainwaves change. Brainwaves are the electromagnetic signature of distinct mental states. Specific combinations of brainwave patterns then represent specific mental states.

This means that every mental state we experience can be reduced to a set of particular brainwave patterns. Not only that but since there is a very close link between the homeostatic state of our biology and what happens to our brain, we can link each mental state with specific physical actions.

These mental states can be identified. In their 1995 book In the Zone: Transcendent Experience in Sports authors Michael Murphy and Rhea A. White documented hundreds of cases to make a pretty convincing case for what flow psychology now describes as:

… the mental state of operation in which a person performing an activity is fully immersed in a feeling of energized focus, full involvement, and enjoyment in the process of the activity.

In lesser scientific circles this sounds a little like enlightenment, achieving Nirvana or attaining that perfect moment of Zen. In the world of neuroscience where electroencephalography (EEG) is the analytical tool of choice being in flow or “in the zone” means having the ability to reduce a transcendental state of focus into instances of recognisable neurophysiology which then becomes reproducible.

Employing what is essentially a wearable neurofeedback device that tracks mental states the military is looking for ways to train ordinary men into becoming extraordinary leaders. The discipline that’s emerging is called neuroleadership and it may soon find its way into business schools eager to train the business leaders of tomorrow. 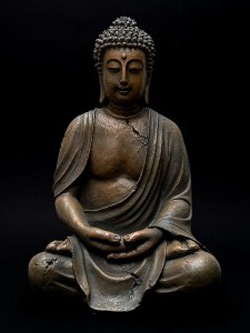 By using the exact same approach to identify desirable business leadership traits in principal we will have a complete set of mental states that can then be used to train those who will become the business leaders of the future. Will we get more enlightened leaders? Will business decisions truly become better as a result? Will we manage to make the much needed jump from short-term, quarterly profits report targets to long-term solutions geared for sustainability?

That, really is open to question. Having better business leaders will mean little if we don’t also have better business organisations. To my mind these two go hand-in-hand. How it really will work out, remains to be seen.

Stop Talking About Business Like it’s War (Podcast)
Business is Not War
How to Make Better Business Decisions
The Politics of Value
Would You Listen to Me?