Anyone following the Hornby shares trading rollercoaster will know that it’s been a bumpy year for the British toy model manufacturer. A Star Wars deal looked set to put its trading back on track but poor sales figures last Christmas derailed hopes. Now a major disruption to its China factory looks set to add to its woes and its Olympic deal for London 2012 which, initially, boosted its share price has been revealed to have been a flop.

By all accounts the London Olympic deal should have been a cash cow. The reason it wasn’t is truly worthy of analysis. The Olympics is an event you cannot ignore. Just like Christmas and the New Year it comes round on a periodic basis and shares much of the headiness, anticipation and excitement of the end of year. 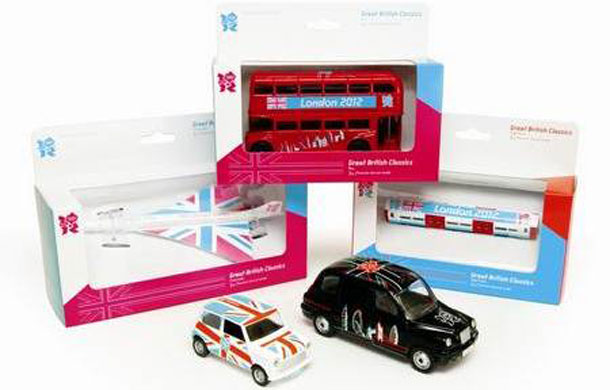 Unlike either Christmas or the New Year, it only comes around once every four years and rarely at the same place within living memory.

All of these are unique marketing factors which are a savvy marketer’s dream:

Given all this any half-baked marketing plan Hornby could come up with should have worked. It is generally acknowledged that selling during the Olympics is like shooting fish in a barrel. Right? Hornby had a three year Olympic Deal with Locog, the London Olympics organizing committee, should have netted it a profit of £2 million ($3.25 million in today’s exchange rates).

So, what went wrong?

01. The Deal. Hornby was only the second major British company after The Royal Mint to agree a deal with the London 2012 Organising Committee. Deals are great when they go your favor because you leverage the marketing value of an event to reduce your own marketing budget and make money from merchandise that’s become easy to sell. But they also tie you into giving the Licensor a certain amount of money which means that should things go south and you need to deeply discount your merchandise, you could well end up making a loss.

02. The Merchandise. Hornby is a toy and model manufacturer whose brands include Corgi, Airfix and Scalextric. By nature it is somewhat limited in what it can produce. It will have to be a toy or a replica model. But within those confines lies a universe of creativity open to them. The way Hornby approached this is the classic example of a legacy business i.e. one which thinks that in the confined excitement of a special event consumers will buy whatever is placed in front of them, dealing in the 21st century social media market where consumers are savvy, connected, educated and where every purchase they make is subject to the scrutiny of their social network of friends.  Had Hornby produced the kind of designs and merchandise which caught the eye, somehow epitomized the event, conceivably even – became talking points, then its £2 million pot of profits would have been virtually guaranteed. Instead they went ahead and produced the kind of designs and models which would not have looked out of place in a 70s toys’ bazaar and were punished as a result.

03. The Marketing. With a three year lead into the deal Hornby launched its first limited edition replicas through its Corgi brand in 2009. The strength of its deal with Locog was that Hornby, in addition to its niche audience, has access to 60,000 outlet points through the network of retailers it works with. Here Hornby cites “lack of interest from consumers” which made it difficult for retailers to stock its merchandise. Now there are two issues hiding within that statement so let’s start with the obvious one. If we take the example of the white Concorde with the Union Jack on its wings as the medium design standard of Hornby merchandise it is safe to assume that consumers are not to blame here. There is nothing wrong with their taste. The second issue of course lies with marketing tactics which are still one-way, top down. There was no attempt to crowd-source ideas for designs, retailers were in all likelihood never consulted and Hornby, as a whole, failed to use social media to generate any level of excitement. Left to traditional marketing channels it is a surprise that Hornby merchandise moved at all.

The lesson here is that in the social media marketing age you simply cannot hope to use any kind of traditional marketing tactics and marketing environment and hope to get the same pre-programmed, automated consumer response you would have got half a century ago. Things have moved on and if you are not capable of moving on with them, then you are going to seriously increase the likelihood of failure.

Hornby went from expecting a windfall of £2 million, through steep discounting it will now shave off £1 million off its bottom line and suffer its stock taking a hit. Hornby is, of course, a global brand and its share value will hardly be dented by a loss this small. But this was a golden opportunity to turn a tidy profit. One that will not come again for the company and it was needlessly squandered.

Case Study: How AMD Handed the Market to Intel
Digital Convergence, Retail Imperatives and the Social Customer
How to Develop a Small Business Marketing Strategy which Delivers Results
How Search is Changing the Online Purchasing Process