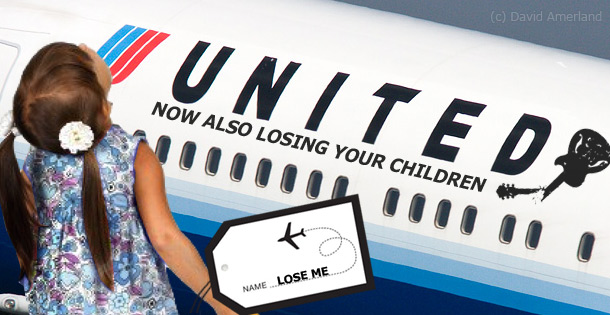 In 2009 United Airlines gain social media infamy by throwing around Dave Carroll’s guitar, breaking it and then putting him through a year-long session of hoop jumping as he tried to get to the bottom of it.

Fed-up, frustrated and at the end of his tether, Dave produced a video which went viral, gave him over 12 million views, humbled United into issuing an apology, and became one of the classic examples of social media as a consumer tool.

It also resulted in two follow up songs and videos, which also became popular:

Despite the bad publicity it received however it appears that United has not learnt its lesson. If anything it has upped its game and gone from breaking guitars to losing ten-year-old children.

Incredible as this may sound this is exactly what happened to the Klebahns when they decide to take up United on their offer of having unaccompanied minors escorted to their destination by a United representative. They sent their ten-year-old daughter, Phoebe, from SFO to fly to camp in Traverse City, Michigan with a connection in Chicago.

The parents paid an extra $99 for their daughter to be escorted by United Airlines personnel so imagine their surprise when the camp counsellor contacted them to say that Phoebe had not arrived, and their horror when United personnel, when quizzed, admitted that they didn’t know where she was.

Things, luckily, sorted themselves out as NBC Bay Area, which has the full story, reports. But the rigmarole which followed proves that United has not learnt anything by its Broken Guitar debacle.

Once again the familiar pattern of passing the buck and obfuscation that Dave Carroll experienced, surfaced. 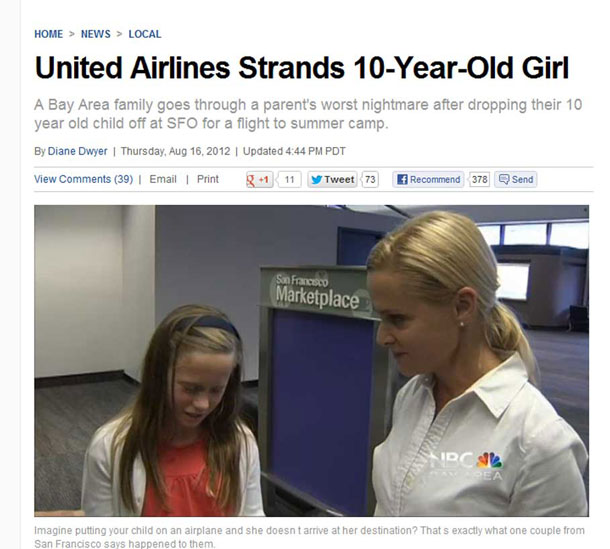 It took NBC emailing the company before they admitted any wrongdoing, gave any kind of meaningful explanation and offered recompense.

In his third and final video Dave Carroll sings: [United] “…you say that you’re changing and I hope you do, cause if you don’t  who’d fly with you?”

Given the latest United Airlines fiasco it would appear that this is a question which is still hanging over the airline.