Is Plagiarism Outdated in the Social Media Era? 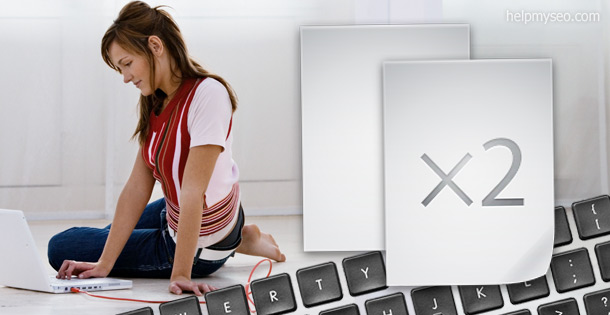 Two major stories making the news at the moment centre around a subject that may help to redefine writing as a discipline: plagiarism.

Star journalist, Fareed Zakaria, had had to make a public apology and lose his position at CNN and Time magazine as a result of what appears to be copying of another journalist’s work and Jonah Lehrer has had his books pulled from publication and has lost his job at the New Yorker as evidence of fabrication of interviews and quotes has come to light.

On the face of it both of these are serious offences. Remarkably enough they involve two people who can write, are capable of original thought and ideas and, arguably, should have no need to resort to such cheap tricks to produce great work and they polarise the argument in a superlative manner.

Plagiarism is a ‘Bad’ Thing to Do

Those arguing that plagiarism is bad usually fly flags that have labels like “cheating”, “intellectual property” and “copyright theft”. They compare it to stealing property and describe how such acts stifle scientific research and create a confused, online world, where no one is celebrated any more for the creation of their writing.

If all this sounds a little high-schoolish it is because, it is. It may be easier to justify the good or bad assessment of a written piece of work when it is original and contains no other work (which itself would then come into the judgement) but it is also lazy and, today, probably misguided. For a start all these arguments confuse borrowing with stealing. We have become so fixated upon originality that we forget that there is truly nothing new under the sun, that in a world where information is hyper-connected we are all likely to be exposed to similar stimuli leading to the arising of similar thoughts which may, conceivably, be expressed in similar ways. We overlook the fact that on any given day we read so much, some of which will inevitably echo our own thoughts that we forget what we absorb and what we don’t.

Borrowing is not Stealing

In that light, referencing works, borrowing ideas and creating fresh content based upon them is a tradition with a long and noble history. Shakespeare was a master plagiarist, stealing plot ideas as well as key pieces of dialog from some of the most popular cultural stories of his time. Bach copied the works of Vivaldi, adding instrumentation to them as he went along, Mozart's arias were so popular that they were copied and reworked as soon as they were staged. Beethoven’s work heavily referenced Mozart’s, painters continuously ‘steal’ each other’s themes and even Steve Jobs is ironically famous for saying “Good artists copy, great artists steal”.

The reason we are having this discussion at all is because we have allowed a wooliness to creep in, in the very concept of plagiarism and have stifled all debate by dressing up the act as a crime deserving of severe punishment, end of discussion.

Yet the very reason we celebrate writers, thinkers and researchers is because of the uniqueness of their sight, not the originality of their written expressions. As originators of something original they take what is and synthesize it as something new and provide us with an entirely fresh vision. If I were to use the common trick employed by those who are against plagiarism of equating unequal tasks, I’d say that a chef using the common ingredients of Hungarian Goulash to create an entirely new recipe is celebrated because of his unique vision which enabled him to do so. There would be no question of his having plagiarised the work of the many other chefs before him.

Similarly, we value Shakespeare because he took works which already existed in the popular culture and transformed them into something unique, much improved and much more memorable.

Social Media is About Connecting

In the social media era we face unprecedented openness and sharing of works and ideas. Content gets passed along, endlessly discussed in conversation threads and enriched in many ways through the addition of valuable critique and additional knowledge. In that instance a synthesis takes place and new ideas are frequently formed, some of which find their ways into other posts, blog entries or even books. Apply the regular plagiarism rules here and you end up silencing threads and turning ideas which need to evolve into frozen entities doomed to become anachronistic in no time at all.

James Gladwell made pretty much the same point when in a Lifehacker article mentioned that in the end he felt happier that someone had plagiarised him without changing a single word. A lesser writer quoting, verbatim, someone more accomplished does both a service. The former can focus on their vision without having to reword what is probably worded as perfectly as it can be and the latter can feel a sense of vindication that their work is helping shape and inspire a fresh generation of writers.

Given the fact that there are only so many ways in which something can be phrased well we could make a valid argument that re-wording content so as to get past the charge of plagiarism amounts to degrading what is probably as near perfect as can be to something which may be original in its phrasing but decidedly inferior when compared to its source. 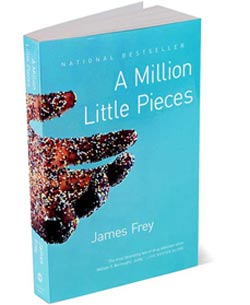 Author, James Frey, came under heavy criticism when his devastatingly powerful novel, A Million Little Pieces, chronicling the fall and rise of a drug addict, was revealed to be based more on research than his own life. The revelation for me, and I suspect many of his readers, did not in any way detract from the pleasure and power of his writing not in the questions it raised regarding love, personality, addiction and the way we view those who struggle with it.

Would Shakespeare have been any more celebrated if his works had never been encountered before? Would Mozart? Is not familiarity with something part of why we like it? It’s difficult enough to be original when writing non-fiction where the sources, frequently, are the same but even within the field of fiction every writer labours within the confines of Joseph Campbell’s monomyth from where the ability to draw originality is a lost cause from the start.

So, what is to be done here? Should we simply disregard copying? Should we stop worrying about plagiarism? Should content theft be ignored? The copying of an entire work is, obviously, a no-no. It adds nothing fresh to the debate and it hurts both the person doing the copying and those he copies. Unattributed quoting in academic writing is also a no-go, simply because it breaks the chain of provenance of thought and muddies the way a work is judged. But everything else should be fair game.

In the social media era what we should value the most is the ability to deliver a fresh perspective. If Sir Isaac Newton could say, "If I have been able to see further than others, it is because I have stood on the shoulders of giants." without losing credibility then there is no reason we cannot all use the same technique.

Follow the argument as it develops further on a Google Plus Hangout on Air:

Readers, Authors and Reviewers and the Real-Time Web
How the Authorship Tag is Changing Content on the Web
The Role of the Writer in the Social Media Age
Here’s What’s Wrong With the Publishing Industry
Why Writers Need to ‘Get’ the Web if they Want Readers