Google Search Gets Peter Wilson on the Road to Gold

I am breaking one of my cardinal rules. I am writing feeling giddy. I will not apologise.

I just came off a Hangout on Air with Team GB gold medal winner, Peter Wilson, who was shooting the breeze (pun totally intended) on what it’s like to win gold for the UK. Being British the feat itself and the medal haul for the UK is pushing me down the heel-kicking, flag waving path which is a little uncharacteristic of me. But what is making me giddy right now is the fact that Peter Wilson just nine minutes in the Hangout talks about how he got started in clay pigeon shooting and he says he used Google.

He did a Google search for ‘Olympic Clay Pigeon Shooting’ and ended up going down at Beasley on the same day that Team GB happened to be there and the pieces fell in place for him, so to speak. 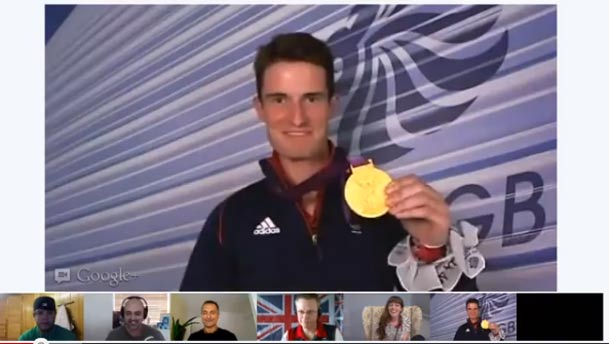 There are a few instant takeaways here: first, had not the Beasley event been indexed by Google, Team GB may not have had this gold right now. Second, when it comes to information on the web search is the way we navigate our way around it. Third, Google Plus Hangouts and Google Plus Hangouts on Air (HOAs) are becoming one of the most potent means of levelling access to information, personalities and celebrities there is.

There really has never been another time when an Olympic Gold Medallist hangout with some regular Joes and answered their questions. The ability to provide this kind of access is exactly where the next layer of social media is happening, right now.

A special thanks to Molly Austin +Ayoub Khote  and +Mike Downes.