The Culture of Trust in Social Media Networks 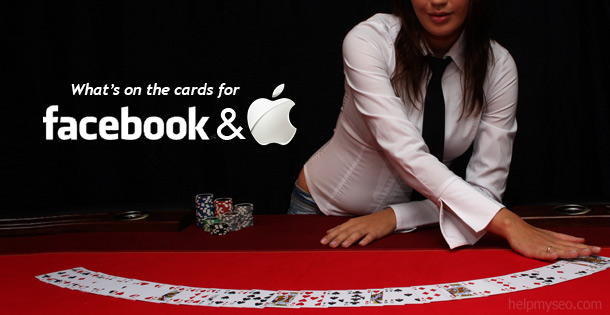 We like to pretend that social networks are something new. They’re not. Long before we even had anything resembling digital, we had communities and networks which operated within them and outside them powered by the human need to connect and impose order on the unruliness of the world.

So our village communities revolved around ‘influencers’ and ‘authority figures’, we new, through experience, who to trust and whom to avoid. We had our own personal verification system for information we received and we used the hangouts around the local watering hole and the Town Square to share information, advice and forge new connections.

Within that environment the currency of value was trust. If we did not trust someone we would be unwilling to do business with them, we would listen to their advice with difficulty and we would be unwilling to associate with them or recommend them to our friends. The village environment was a tough one. Proximity created transparency. Transparency kept everyone honest. Honesty was the only attribute you could employ to survive in business and life. Survival meant long term gain. Long-term gain required trust. It’s a fairly intuitive behavioural cycle.

Then along came the 20th century. It took us out of that village environment and small-town setting and scaled everything up too fast for us to be able to develop a new way of operating. So we accepted substitutes. We accepted ‘noise’ as evidence of authority and size as evidence of quality and we made both noise and size elements which helped us weigh trust.

And we were wrong.

While noise and size worked for a short while these two new qualities served their own imperative and that imperative, like any other, looked to self-preservation. Where things went wrong was that these new qualities were too new and had grown too fast to be completely in tune with our own needs or indeed those of the people inside them.

So processes were put in place and systems were developed which led to the creation of more processes and the development of more systems until the sight of the wood was lost for the trees and companies forgot that they were there to serve anything beyond their own survival. It was not long before we found ourselves at a crossroads. Without realising it, while no one was really paying attention, businesses and customers found themselves at opposite ends of a divide.

Now you may think this is OK as far as providing momentum and you would not be too wrong. It’s what drives pure, unadulterated Capitalism. The kind of Capitalism that creates free market economies driven by the profit motive. Unfortunately this kind of Capitalism has some side effects. Left to its own devices it creates silo-ed, non-transparent, self-serving organisations which end up benefitting the few at the expense of the many. It also contributes to a lowest-common-denominator connection with its customers driven by a low-cost, high-profit motive which has a predictable end result: outsourcing of production to low-cost labour markets.

While many point to this dynamic as a positive force which creates jobs in developing nations and delivers low-cost goods to developed ones they overlook the hidden costs it exacts. They fail to see that it frequently ends up creating a perpetual tag-of-war between customers and businesses which has each other pulling to win. It’s a case of greatest profit vs lowest prices.

Left to run their course, the 20th century systems and processes we put in place create a cold, remorseless, mechanistic view of the world where everything is assessed by numbers, human beings become disposable quantities and corporations are the equivalent of engines chewing up the world.

I know the imagery is dramatic. This is intentional. It leads us to what has changed in our 21st century online community. Social media with its ability to create radical transparency and direct, human connection, has made it harder than ever to look at the world purely in terms of gain and loss. To hark back to my original example of the village community, the community as a whole benefited from the gain of every member. Every activity and every development was balanced by the need to ensure that the community survived beyond the short-term future.

Was that a perfect way to do it? No it wasn’t. No human community is ever perfect. But it was a more equitable way of moving forward. And it was based upon a degree of mutual trust which sprung from the fact that within a community everything was connected.

It is that connection which is important today. In our vastly networked, interconnected world we strive for a fresh set of values and a new way of thinking and a novel way of moving forward. At the same time we see the challenges. Corporations like Apple and Facebook, faced by the pressures of traditional thinking, come up with traditional, predictable responses. Apple, forgets its roots as the innovator and becomes the struggling dictator, trying to keep everyone out of the sandbox in order to maintain a hegemony that’s slipping away. Facebook tries its hand at gambling and who knows what else, in an attempt to claw back profit without gain.

These, are of course, two notable, high-profile examples. Every legacy business model is locked in the exact same trap. Seeking to maximise gain at the expense of its customer base, forgetting that the way forward is collaborative. That win-win means there is no divide. That in the 21st century marketplace, social media creates a culture of trust which generates sales, drives relationships and promotes brands whose values are shared by the community and the activities of which also benefit the community.

The new online world we are fashioning is still new. There is no playbook and guidelines. We really are developing things as we go along which means that the risk of slipping back to tried and tested ways of reacting is always more than we are aware of. As Pogo so correctly noted so many years ago: “We have met the enemy and he is us” – the comment is never truer than when applied to social media networks, the online relationships we now forge and the road stretching ahead of us.

Nine Reasons You Should Boycott Apple
The Culture of ‘Broken’
Social Networks and the Broken Windows Syndrome
Business is Not War
The Politics of Value
Why We Love to Hate Corporations
Technology and Processes: Understand Why We Are Locked into Escalating Responses
What if we Had a New Value System for Goods and Services?
Four Common Sense Causes Which Fail the Logic Test
The End of the Road for Capitalism as We Know it?
America’s Biggest Loser (and seven business lessons you should know)
Passion for What You Do Cannot Be Replaced by Anything
Social Media Trustworthy Factors
Can you Get Past the Obvious? How to Make your Marketing Really Work