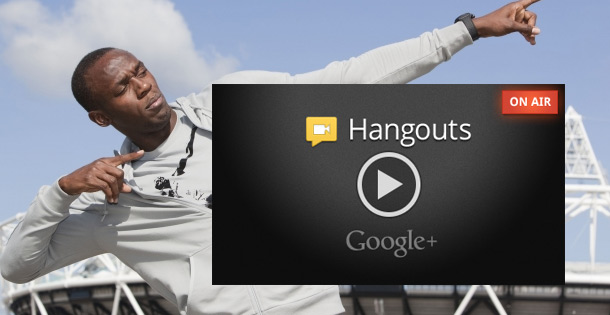 The web is at its best when it disrupts traditional divides, breaks down barriers and creates a level playing field. It achieved this for business, brought in ecommerce, and did it for communication. In each case we saw, online auction places and start up hothouses, commercial websites and social media platforms, spring up and add to the mix.

Now we have a new entrant in the field whose impact has been slow but steady and is beginning to pick up steam. Hangouts On Air (HOA) are a Google Plus feature which allows anyone with a webcam and an internet connection to use Google Plus to broadcast to the world and interact with up to nine people at a time.

More than that, the recorded video can then be uploaded to YouTube and be enjoyed by millions of viewers. The technology (which is complex) has been simplified to the point where all it takes is a few clicks. The result is that suddenly the traditional barriers in talking to people across the globe are gone.

The first obvious ‘castle’ to storm is newscasting with pioneers like award-winning reporter and broadcaster, Sarah Hill, who has been busy pushing the envelope between broadcasting and social media. But of far greater though less obvious impact are instances like the US President’s Barack Obama’s Hangout on Air and that of Usain Bolt, the fastest man in the world.

The fact that now politicians, athletes, scientists, musicians and public figures of all shades can connect directly with the public has helped breach the last barrier of titles, office or fame and convincingly demonstrate that underneath it all we are just people, doing different things, chasing our passions, dreams and ambitions and living life, just like anyone else.

All of this is hugely important. Disruption occurs when perceptions change and nothing has been instrumental in changing perceptions than the Hangouts on Google Plus which can now be enjoyed by more than those who attended in the first instance, thanks to Hangouts on Air.

Google Plus Refines Hangouts on Air

Google has been quick to understand this and has further refined the audio capacity of Hangouts on Air as well as their visual look and style as British Broadcast Media expert, Mike Downes, has been quick to point out.

Hangouts and the technology to support came up at Google’s IO conference, earlier this year where it was more or less implied that the next generation of social is a Hangout.

Certainly the real-time update and the face-to-face immediacy make a Hangout almost irresistible but it’s the ability it has to foster connections which is the true winner here and, at the same time, the disruptive genie coming out of the bottle.

Fast forward a year or two and you will have politicians, Hollywood stars and media personalities mix with the crowd, talk to ordinary people, share tips, skills and a joke or two in a demonstration of social media to not just create a transparent world but to also show that underneath it all, irrespective of titles and the trappings of success, we are all just people.

Now enjoy the man himself on a Hangout on Air: