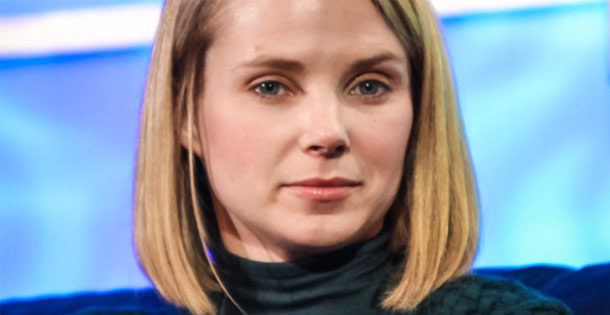 Anyone who has seen the film Mutiny on the Bounty, realises just how important the role of the captain is on a ship. He sets the tone and pace, maintains a semblance of order and steers the ship by dint of presence through stormy waters.

Yahoo! has hit rough patches before and so have many other companies. Each time the appearance of a good CEO, just like a good captain on a ship in need of a firm hand at the helm during a storm, has come to save them. Notable here, of course, is the timing. A good captain can certainly save a ship but, as the disaster of the Titanic showed, no captain can save a ship after it has hit an iceberg.

The question here is one of timing. Has Mayer’s appointment come before or after the massive liner called Yahoo! has hot its iceberg? This is something which only time will tell, I guess. In the meantime, let’s take a quick look at ten CEOs who were appointed in time to help prevent their ship from sinking.

01. Millard Drexler – Gap: Millard (more commonly referred to as Mickey within the company) came to GAP at a time when the company was suffering the death of a thousand cuts. He took over the reins in 1995 and over a five year period got the company to stop selling High Street brands like Levi’s and focus on its own product instead. This also led to a refocus on customers. He is largely credited with revitalizing the brand and making it as iconic as it became in the 90s. He was abruptly fired from his job by the company's founder but went on to pioneer at J. Crew.

Lasting Achievement: By introducing a common brand signature and style across the company's products and shops Drexler is credited with the introduction of stylish, affordable clothing and making khakis and casual clothing to be associated with GAP.

02. James Cantalupo - McDonald's: Cantalupo came back to MickeyD after retirement to stop the firm from haemorrhaging brand power and earnings. The reason for the decline was the move of its customer base away from burgers and fries and into more lifestyle conscious alternatives which McDonald’s did not have.

Cantalupo introduced salads, apple slices and low-carb choices in select markets (a classic MickeyD strategy) until he had enough data to roll it out across the franchise. The company’s profits and image started to recover. It is ironic perhaps that Cantalupo dies of a heart attack just two years in the job at an MickeyD convention.

Lasting Achievement: The turnaround of a brand at risk of being outdated and the introduction of a fresh range of food options which reflected the changing lifestyles of its customer base. 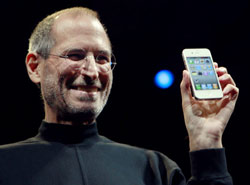 03. Steve Jobs – Apple: Jobs returned as CEO to the company he had founded in 1996 and immediately set about establishing control and dominance, streamlining every part of its product line. He was instrumental in moving the company towards direct to the consumer sales through its shops and he pioneered online music sales through the iPod. His legacy is seen in both the iPhone and the iPad. Steve is credited with making Apple into what it is today by rationalizing the company's offerings and connecting it with its public in a way which Apple had not managed to achieve prior to him.

His focus on the end-user experience and obsessive attention to detail helped create the customer-centric approach to design we see today. In Steve Jobs' world functionality was important but it had to be largely invisible. What he suggested customers were willing to pay for were products that simply worked and made them feel good. In 1996, when he first proposed his vision, Jobs was a lone voice in the high-tech wilderness. It was only his iron will and hard-pushing management style that succeeded in getting this through.

Lasting Achievement: He made Apple a company that sold a digital lifestyle rather than a digital product. He is responsible for revolutionizing an entire industry in terms of design.

04. Lee Iacocca - Chrysler: In 1979 Lee came took over the reins of a Chrysler teetering on the brink of bankruptcy. During his tenure the automobile manufacturer streamlined operations, created efficiencies and introduced new models in the market which for the first time in history addressed the need of stylish family transportation. Lee was passionate about efficiency and had a vision of car makers being at the heart of family life, it is notable that at the time this was a revolutionary approach to selling cars. Much of the automobile industry thought that the customer was male and largely single.

Lasting Achievement: The Dodge Caravan and the Plymouth Voyager are the direct result of Lee’s focus on family-friendly transportation. A trend which automobile manufacturers across the globe have come to respect. 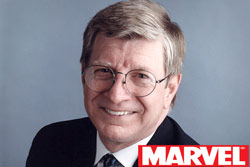 05. Peter Cuneo – Marvel Entertainment: Peter took over as CEO of the Marvel Comics stable in 1999. The company at the time was struggling with debt and its corporate culture had lost its streak for innovation and risk taking. Peter set about expanding the company’s reach to markets outside the US and started the entire licensing process of Marvel Comic characters to films, creating a valuable cash cow for the business which still works for it today.

He is largely credited with turning the entire Marvel Entertainment group around and bringing comic characters, predominantly the province of fanboys, into the mainstream through the use of large-scale media such as cinema and television.

Lasting Achievement: He is single-handedly responsible for the licensing deal which has made possible films such as The Hulk, The Avengers and Iron Man. If comic books are seen by the mainstream entertainment industry as a legitimate source of ideas for films, it is down to Cuneo who was able to get across the fact that the ready-made fanbase of a comic book was a guaranteed stream of paying customers for films.

06. Mark Hurd – Hewlett-Packard:  Mark took over as CEO of HP in 2005. The company was struggling to come to terms with its Compaq acquisition and had lost its focus with its customer base. Mark is responsible for turning HP from analog to digital imaging and creating a culture which valued thrift, competitive salaries and innovation.

During Hurd's stint at the company Hewlett-Packard developed an image of a tech company driven by passion for innovation. It became a leader in print-on-demand (POD) technology and digital printing, managing to solve the conundrum in print quality between traditional litho printing and digital printing, through clever acquisitions.

Lasting Achievement: A decentralized sales force, emphasis on training and customer support, hallmarks of tech companies in the social media age, started with Mark at HP. 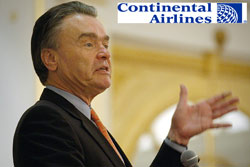 07. Gordon Bethune -  Continental Airlines: As challenges go this one was a tough one. Gordon took over as CEO at Continental in 1994, at a time when the airline was losing $55 million a month and coming last in every metric that mattered to the flying public. To help turn things around Gordon introduced incentives for on-time scheduling, closed all unprofitable routes and flew more volume from the company’s hubs.

Gordon managed the impossible, making an ailing airline profitable and transforming the way its customers saw it at a time when the market itself was undergoing a tough time. It is ironic that Continental Airlines was acquired by United effectively reversing some of the most important gains Gordon Bethune had made happen during his stint as CEO. Many of the lessons learnt at his watch were sadly lost and had to be re-learnt the hard way by many an airline CEO. United Airlines has become a well-known name to social media pundits and internet marketers thanks to its high profile mishandling of Dave Carroll and the case of his broken guitar.

Lasting Achievement: Although the company merged with United (of breaking guitars fame) to form United Continental in 2010, during Gordon’s tenure its stock price rose from $2 a share to over $50.

08. Sergio Marchionne - Fiat: Sergio took over as CEO of Fiat in 2004 when the company had no brand power and was losing money on every front. Sergio re-modelled every part of the company, opened up new markets in India and China and reduced operating costs (and fired under-performing executives).

He also terminated a partnership with Chrysler which was causing more damage than benefits to the company.

Lasting Achievement: He has made Fiat profitable again and is credited with bringing back the iconic, environment and city-friendly car, the Fiat 500, which was once the car of choice for Italian movie stars Sophia Loren and Marcello Mastroianni. 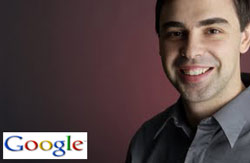 09. Larry Page – Google: Larry Page took over as Google CEO on April 4, 2011. In a move which echoes a little that of Steve Jobs he took the help of the company he co-founded (but had never led before). In contrast to most of the examples mentioned here, when Page took over at Google the company was neither ailing nor in threat of bankruptcy, but things were not quite rosy either. Google Wave (an ambitious project) had collapsed. The company had ended up with egg on its face following the privacy debacle of Google Buzz and Gmail and Wall Street analysts commonly referred to it in their reports as a “one trick pony” with search as its only successful product.

To boot Facebook was seeing as an emerging threat with more data shared within its walled garden than outside it, the BING/Yahoo partnership was seen as a growing threat and Twitter was cornering the real-time stream market. Google was increasingly seen as unable to ‘get’ social.

Within months of having taken over Page streamlined the company’s products, ruthlessly ordering unsuccessful ones to close down so the company could focus on what was important. He made ‘social’ the single, most important metric of success at Google and involved every employee in a drive to get there.

Lasting Achievement: Clearly too early to tell yet but the introduction of Google Plus which happened under his watch and which has changed social interaction on the web, has got to be a contender that’s hard to top.

10. Terry Semel – Yahoo: Ironically enough we close having come full circle. Terry Semel took over as CEO at Yahoo in 2001 at a time when the firm was losing money, had lost focus with its customer base and was unsure whether it should be a tech or entertainment company (sounds familiar?). Terry turned the company from one which got its revenue through advertising to a fee-based model based on services. He managed to reverse its loss-making streak and make it profitable again. He departed the company in 2007.

Lasting Achievement: He made Yahoo profitable and enabled it to last until today.

It’s interesting to see that no incoming CEO had an easy ride or an easy job. Marisa Mayer’s watch at Yahoo then is not going to be an exception. The question here is will she make as much of a difference as investors and Yahoo execs hope? Clearly we cannot say. However if her career trajectory at Google is anything to go by she is unlikely to go unnoticed and her impact at Yahoo will not go unfelt.