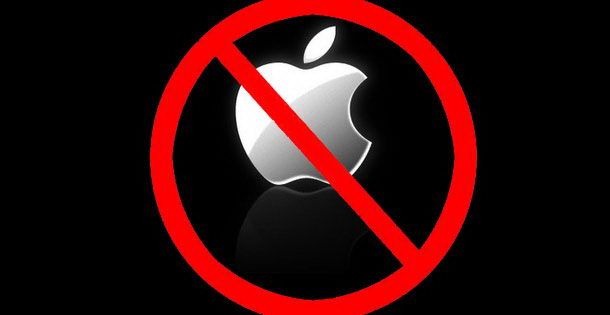 Few companies today manage to inspire passion the way Apple does. It appears that hardly a day goes by without the company and its practices making headlines somewhere. This leads to a ‘love it’ or ‘hate it’ kind of approach and they are both wrong. While we may choose to love (as well as hate) a company, it is an emotive response which has little to do with what the company does and a whole lot with how it makes us feel.

Although we would like to think that we are rational animals, our purchasing history and willingness to form relationships with brands, argues otherwise. We live in a social media age, replete with challenges we are not sure how to meet and problems we have not solved before and we owe it to ourselves to get past the emotive reactions of the past and forge a new future.

That future has to be based on reason. If we are going to, ever, hope to hold companies and corporations responsible and those in authority accountable, we then have to act in ways which use facts and reason to help us make purchase decisions which are good for the world, good for ourselves and, ultimately, also good for the company we like.

All of which brings me back to Apple the ‘Boycott Apple’ trend over at G+ and a conversation I had there based on an a brief article I wrote.  A quick disclaimer before I go on. While Apple is being singled out here for criticism it is, by no means, the only offender. However it is the only offender which seems to be locked in full 20th century style “we will do what we want, regardless” mode, and as such is perhaps ripe for a somewhat uneasy awakening in the 21st century social media marketplace reality.

I did a little digging in order to bring all of this together, so enjoy.

#1 Control-freakery: British columnist and Apple fanboy, Dan Gillmor, writing in The Guardian said: “But in the past half-decade, as Apple became increasingly powerful, I have found myself less enchanted with a company I'd supported with my words and, ultimately, tens of thousands of dollars of my own money. Where Steve Jobs had been the freedom fighter, he was becoming the emperor, creating a regime of secrecy, manipulation and control-freakery to accompany the ongoing, even accelerating, innovation.” And author, Adam Lashinsky, who penned the book Inside Apple, said that Apple is a "glut of windowless offices, a neutering of egos and an ethos of fear with cultish overtones".  Life at One Infinite Loop, according to former Apple employee interviews, is like being in a crazed brainwashed cult where everyone is working in a culture of fear.

As a matter of fact, perhaps one of the company’s greatest achievements to date has been the fact that it has managed to make the world believe that it is a free-spirited place, an underdog fighting against the almighty domination of much-larger, controlling, Orwellian rivals like Microsoft and IBM, when the exact opposite is true.

Evidence for the “cult of Steve” is given on Quora by a former employee who says that Steve’s name was all that was needed to get through company red tape and that Steve’s projects were prioritised.

Today, it does not seem like anything much is going to change with the passing of Steve Jobs. New CEO, Tim Cook, believes it’s business as usual.

#2. Dubious production methods. This American Life may have retracted Mike Daisey’s story of the Foxconn plant production issues because of partial inaccuracies but The NY Times has run two stories back to back, detailing Apple’s inhumane production methods and has been backed by technology website The Daily Beast where writer Dan Lyons calls working conditions at Apple’s production factory in China, “Barbaric”.

#3. Overpriced. Apple co-founder Steve Wozniak reveals, in an interview, how the over-priced approach was in the Apple philosophy right from the start. Apple computers, of course, are more than just computers. They embody a style which stands for itself but this also raises the question whether Apple I selling style over substance which has dogged their pricing model all along.

#4. Anti-competitive. Apple has come in for  a lot of criticism of late even from its fan base for locking its customers within operating systems, never mind the Apple environment. Certainly as Dan Gillmor says in reason #1 Jobs was busy building “…a walled garden, however comfortable, that contradicted what I believed in, and what he once stood for. I was no longer his kind of customer, though; he aimed now for the masses who preferred to live in Apple's warm but controlling embrace, and he succeeded.”

Apple’s walled garden not only rigidly controlled software and hardware with an insistence which precluded competitors and third party products from ever coming in but it has also led to a host of anti-trust and anti-competitive behaviour issues which range from Google Voice to Adobe Flash. Apple has been accused directly of using anti-competitive practices in India and, more recently, in its eBook publishing model where it has been investigated by the EU. It has also been accused of using anti-competitive practices as far as browsers are concerned.

#5. Data hogs. Apple keeps user data within its walled garden. It also actively collects it through its iPhone user base, and has been sued over it, as well as come in for public criticism over the practice.

Recently it came to light that iPads also sent user data to Apple servers and that the use of Siri and Apple’’s Cloud service also entailed data collecting in a less than transparent way.


#6. Haters. Apple has become the number one litigious tech company on the planet filing suits against HTC, Samsung and Motorola and banning the sale of a long list of products including the Samsung Galaxy Nexus, the Galaxy tab 10.1, the HTC One X, and even Google Voice from its iOS.

The charge (and it is growing in volume) is that Apple is failing to innovate and has to now resort to banning competitor products in order to maintain its presence in the market place.

#7. Anti-social. Not only is Apple anti-social in terms of ‘getting’ the social media revolution of our age but it is anti-social in terms of its corporate social responsibilities. The result is that its attitude then spills over in a whole lot of other activities including its relationship with App developers and online communities as well as its Chinese factory workers (again).

#8. No conscience. Everything which I have detailed so far paints a gloomy picture of a company buttoned down in itself and afraid of everything beyond its walls. It should come as no surprise that it has yet to develop a social corporate responsibility, treats developers with impunity and behaves like a bully in the market place. Social responsibility expert, Richard Brubaker, has explained that the Foxconn incident was not an isolated one with Apple and it merely reflected a systemic approach taken by the company towards suppliers and their workers.

#9. Environmentally unfriendly. A 2011 Guardian report showed that “Despite its claim to be a leading promoter of corporate ethics worldwide, the maker of iPads and iPhones came joint bottom among 29 major IT firms in a transparency study drawn up by a coalition of China's leading environmental groups.”

As a matter of fact the company came under fire for environmentally unfriendly manufacturing practices in China, has tried to avoid sustainability reporting and, as this article was being written, pulled out of EPEAT green registration certification for its products.

Its uneasy relationship with the environment is not entirely unexpected, given the host of issues faced so far.

To be fair Apple is not the only company responsible for issues like the ones raised here. Amazon, Microsoft, HP and even Google can easily be added to the list. What makes Apple worth singling out however is that the company stands alone in being caught out on all nine counts. It thumbs its nose at consumers, turns a deaf ear to the social media outcry and continues to produce brilliant PR as far as its public image is concerned.

Perhaps it’s time that the #boycottapple movement was listened to and Apple actually took a little more notice of the people who buy its products, before they decide that enough is enough and stop.

UPDATE 26.09.2012: Since this article was written it has drawn a lot of attention and attracted a lot of comments. CNET's senior writer, Jay Greene, went to China to check out FoxConn and iPhone manufacturing for himself. When he came back he held a Q & A session at Reddit where he could be asked anything. The session is enlightening to say the least. It can be seen by following the link here.

ADDENDUM: David Meyer whose post on Apple's social conscience appears as the first in-text link on #8 has kindly requested the clarification that he in no way advocates a boycott of Apple, though he does ask that his readers make smart and informed purchasing decisions. His posts on Apple as well as corporate responsibility and sustainability can be read at Valuestreaming.