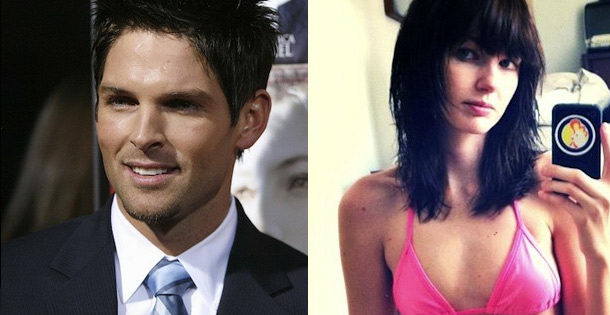 This is a case where it is all too easy to become judgemental so let’s focus on the facts and keep emotion (and wry sarcasm) down to a minimum (I hope that last bit does not kill me).

So the facts as we know them:

These are the facts. The aftermath supplies us with a few more:

Those who damned him did so on the grounds of attempted infidelity (the evidence is pretty thin here), alcohol addiction (the guy struggles with it every day), sitting next to Melissa Stetten for five hours and 45 minutes (OK, I am making that up but there seems to be a whole lot of emotional judgement being thrown at a guy who has not really done anything wrong here, except perhaps compromise his own battle against alcohol).

Those who came out swinging in his favour really questioned whether there is anything remotely ‘normal’ in a girl who Tweets the entire conversation she has with a guy on a flight.

There was the noted ‘lack of empathy’ charge at the way she judged Brian’s lack of sobriety (he had already confided his drink and drugs addictions).

Where does all this leave us now? In our dispassionate and fact-driven approach a few points become clear.

Social Media is everywhere and its ability to create transparency in every medium continues unabated.

By making Brian Presley her object of entertainment Melissa Stetten now is going to be judged by the standards of the actions she set into motion.

Social media is not rocket science. It does require, however, a certain degree of studied caution when it is used. Had it been used correctly this non-story which is creating all the buzz would never have happened in the first place. What do you think?