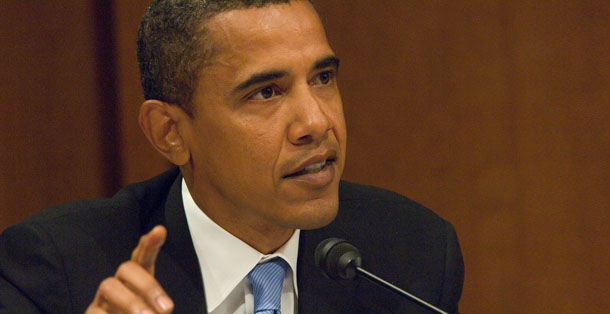 One thing the Obama Administration cannot be accused of is lacking an awareness of social media or the common touch. First the Secretary of State, Hilary Clinton, sends a sit-com series a personal message and now the President of the United States himself writes what is the best absence note any 5th grader must have got, ever. 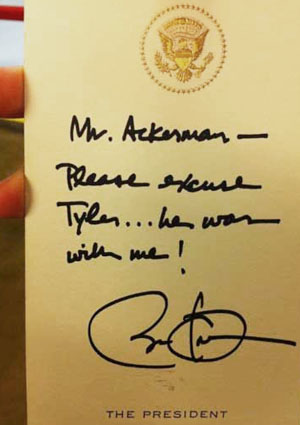 Here’s how this comes about: While hosting some fundraising events in Minnesota and Chicago, the President made an official presidential visit to a Honeywell factory in a Minneapolis suburb. There, he was introduced by Ryan Sullivan, a new employee at the factory. Ryan’s son Tyler wanted to be present to see his dad introduce the president so he did not go to school that day.

So far, so good. You know that if you miss school the next day you need to show up with an absence note. You just don’t expect the one you show to your teacher to be signed by the President on official White House stationery.

<< Here’s the note itself

The news, note and comments on this have spread through the social media world like wildfire. Plus it looks like Tyler has already secured himself one small slice of history.