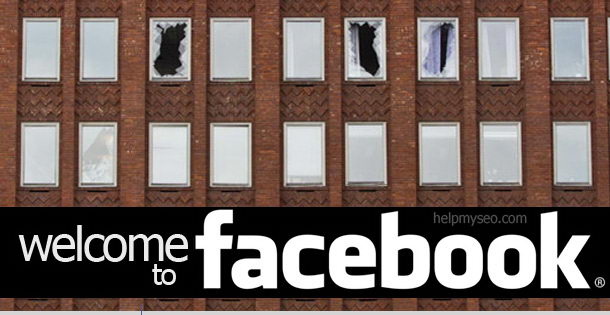 On the day when social scientist, James Wilson, died we may want to take a minute to revisit one of his most important social theories. In the 70s Wilson and his colleagues overturned just about every public perception of neighbourhood crime reduction by publishing the Broken Windows theory.

In short what Wilson et al had discovered was that irrespective of the type of neighbourhood you were in, if you had a building with a single broken window and did nothing then that building would be vandalized. Their work was a turning point in the chapter of Police community relations and public order and though many of the lessons learnt during that time have been sadly lost the theory and its validity also holds true within social networks.

In a Community Environment Details Matter

The point Wilson’s study was making was that small details such as the relative innocuous presence of graffiti in the street or in the underground, a drunk sitting in a corner or a broken window in a building send a strong, subliminal, signal that it is OK to behave in a certain way. And then people do.

The direction I am taking all this is in the vastly different environments of two similar social networks. Facebook, for those who have spent any time at all there, has become the kind of social network where you see trolls, flamewars, swearing, the digital equivalent of public nudity, behaviour, in short, which complies with the definition of an unruly, largely lawless community where most rules of behaviour have broken down.

Google Plus, again for those who have spent any time there, has become synonymous for long, detailed, frequently thoughtful posts where dissension is preceded by qualifying remarks such as “I agree in principal…” and “Thank you for mentioning this…”.

Yet, of the two environments the former is the one where you go to meet your family and friends and therefore by definition is already familiar and should be ‘safe’ and the latter is where you go to connect with total strangers, a proposition which in itself has a high level of insecurity and fear attached to it.

The reason why Facebook is an environment where you are more likely to get into virtual hot water than in Google Plus lies precisely in the tiny details, like graffiti and broken windows. Google Plus, from the outset, created the ability to edit your posts. Misspellings, a common thing on Facebook where routinely ‘there and their’ are used interchangeably and the difference between ‘then’ and ‘than’ can change the meaning of a sentence radically with hilarious results (see the first of the external links posted below for that), are a clear, unequivocal signal that intelligence is not overly valued, that thoughtfulness is not something that is required when posting and that pretty much anything is permitted.

The potential which details have in drastically altering human behaviour and reinforcing perception of certain ‘truths’, also highlights the importance of the role of a community and its ability to regulate itself. Over eight years of active presence on Facebook I have seen moderators step in, pages banned and profiles placed under notice countless times. In retrospect I am struck by an environment where even close offline ties do not seem to be able to provide a measure of restraint. More than that, I have not once, in all this time, felt that Facebook was a community, which I find perplexing. I went there to meet my friends and talk with my family members and keep in touch with acquaintances and there never was never the feeling that we were part of anything special.

In my own personal experience the word “community” crops up more frequently in Google Plus than the word “network”.

It is perhaps a clear signal that Wilson’s theories need to be revisited. In a world which has exhausted all possible models of behaviour and has yet to come up with a satisfactory answer for every situation, a return to community values, attention to detail and a sense of belonging may be just what is required to help us adopt a mature, positive and probably more rewarding online experience.