Bitly to Launch its Own Search Service 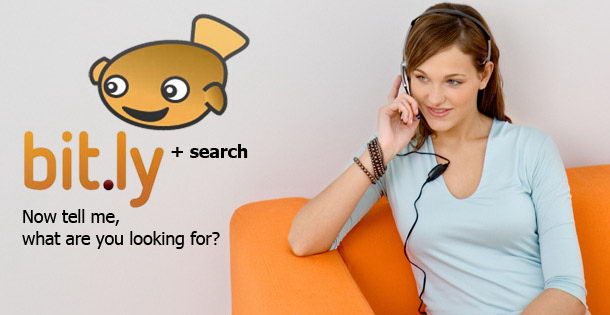 Frequently, we are so blinded by our perception of what something is that we fail to appreciate its mechanics. Google we see as a mighty search engine indexing the world’s information, Facebook as the world’s favourite social network, Twitter as the short-message, public broadcast channel of choice.

We conveniently forget that what makes each of these services what it is, is data, and data can be repurposed, repackaged and reanalysed in ways which release the value locked up within it. Data has a unique characteristic in that on its own it does nothing and means nothing, we may as well have a pile of manure which is simply building up and up.

In order to become valuable data requires two things: Curation and purpose. The moment data is analysed its inherent value begins to become apparent and that value then allows us to use it for many different purposes. Google has become a global giant, integrating itself in our lives precisely because it is very good at curating data and then using it in a way we find useful (i.e. in search and Google Ads). Facebook and Twitter have yet to manage to do the same in quite as successful a way which means that their pile may be growing but its usefulness at the moment lies only in its potential.

This is where Bitly comes in. The popular URL shortener has managed to become the spigot through which an incredible amount of data flows each day: 80 million unique pieces of data which deliver 300 million clicks. More than that, the information which flows through it is largely curated by its users which use it to socialise it by posting it on social network platforms like Twitter, Facebook and Google Plus.

Bitly then find itself in the enviable position of being able to see where its shortened URLs are posted and what the level of interaction is and who interacts them, and how. This ability to see data flowing is only one short step away from repurposing that data to a type of semantic search, where information can be found through analysis of what is shared with relevancy calibrated through its social signal.

This places Bitly, suddenly ahead of a pack formed by Google, Facebook and Twitter, albeit in a much narrower sense. Before we look at whether this could work here’s Bitly’s chief scientist, Hilary, Mason, presenting at TWN Conference in Amsterdam:

How Does This Affect Search?

The questions racing through your mind right now are exactly what SEOs and businesses are thinking:

Taking them in turn, the answers go something like this: