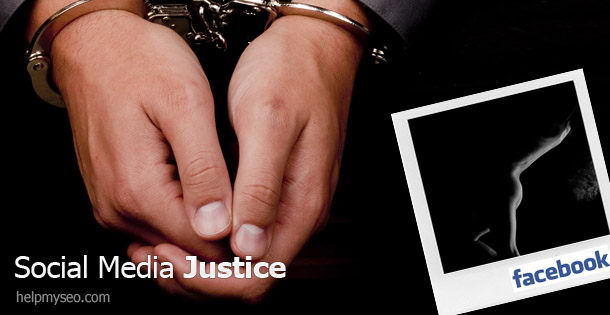 Social media first gave us lessons in parenting and invited a global response to what should have been a spat between a frustrated father and a rebellious teenage daughter. Now it appears to have entered the arena of jilted love.

The story comes courtesy of the Sydney Morning Herald which recounts how spurned lover Ravshan ''Ronnie'' Usmanov dismayed by the breakup of his relationship with his girlfriend posted explicit pictures of her, taken when they were together, on Facebook.

Explicit pictures of former partners posted online is hardly new. As a matter of fact websites created exclusively for that reason (catering to either sex) have been around since the mid-90s, what is new however is that Ustinov was sentenced by a court of law for his behaviour in what promises to be a landmark case.

At stake is, as always these days, the right to privacy issue and the legal assessment of objective damage caused through social media misuse such as this case.

New Rules for a New Age

In a world which is increasingly connected and transparent social media is acquiring the ability to hurt us as much as help us. Its challenge is not so much in the type of services we use as in the way we use them. The fact that we now rely more and more on the online world in order to work, find jobs, form relationships, find partners and socialise, makes it more important than ever that we control what we post online, when and how.

The very fact that a heated moment with someone has the ability to hurt us irreparably through their actions argues for greater caution not just online but also offline. To use this particular case, Usmanov would never have been able to do what he did had his partner made sure that he no longer had any explicit pictures of hers in his possession.

Human beings are notoriously lax at being careful. To this date human slip-ups still form the biggest security flaw in any system. So how exactly we go about fashioning the kind of caution which will protect us online and offline in the social media era is something which, right now, is a challenge we have yet to meet.