Why Facebook’s Instagram Purchase is a Signal of Distress 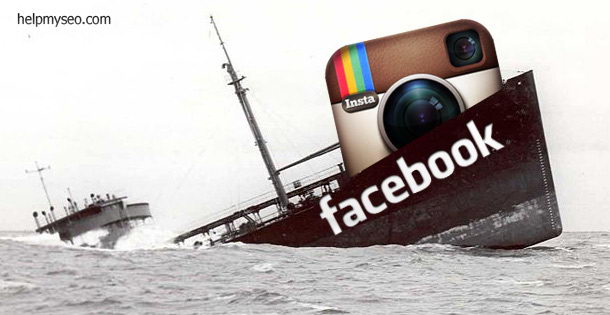 The world of tech is littered with examples of companies whose ‘surprise’ acquisition move proved to be their swan song. Current examples include Yahoo! buying Broadcast.com for $6 billion in 1999 and MySpace acquiring Photobucket for $300 million in 2007. To that august list we might now have to add the acquisition of Instagram by Facebook for $1 billion.

Why? Because when it comes to making acquisitions companies are motivated by three things:

01. They need skills and expertise which they have not got and which it would take time to build up. Google and Microsoft are masters at this. Each company knows what it has in-house and the moment it spots a gap in its skillset which it needs to plug it goes out and buys it.

02. They are killing off a competitor. Even large companies can hurt a little. Though someone like Google, Microsoft or Facebook may not much feel a cut made by a start-up with followers well under the 50 million mark (Instagram has about 33 million), a thousand of these cuts can cause considerable damage which is why it is good to nip them in the bud. There is a variation to this when start-ups are gobbled up by one company so that their skillset is denied to another which is in direct competition with them.

03. They are showing off. Companies, just like individuals like to occasionally acquire a shiny new toy. It helps them remain in the public eye and it keeps investors happy because they are seeing some activity.

Of the three reasons of course only the first two are based on any kind of business logic while the third is definitely a sign of a company spinning a tad out of control. Here, of course, you’ll ask which of the three motives is Facebook acting out of in its own purchase?

Here’s what a forensic analysis of Instagram and its user base gives us:

A. Instagram has 33 million users. The ability to upload photographs and apply some filters is not hugely compelling but it has a winning simplicity which allows those who use the phone app to employ it without tinkering.

B. There is a simple ‘I follow you, you follow me’ logic to the Instagram community so there is no real deep interaction or engagement there.

Now, 33 million people is not a big number to demand an acquisition. Facebook closes down nearly a third of that in members’ accounts a year and it’s still experiencing growth  The programming of Instagram is not that complicated either. For a lot less than $1 billion Facebook could get its own engineers to program something at least as good, if not better, and advertise heavily to increase the uptake. Heck, just through its own membership base it should be able to get more than 30 million to use it in a day, nevermind the fact that many Instagram users are already Facebook members.

Facebook has thrived on stickiness and the ability of its membership base to interact and share their lives and although it has not yet made many inroads in the mobile market (there is still no Facebook app of note) it does not mean that it really needs to take shortcuts here, unless there are other considerations which have to do with the coming Facebook IPO.

This is where it gets interesting because, valued at a rumoured $100 billion the IPO has to hit the right notes in investors’ minds and what investors want to see is a strategy. Facebook has no discernible strategy on mobile (rumours of a Facebook phone notwithstanding).

Mobile is one area where Facebook is notable by its absence. The possibility that Google might suddenly snap up Instagram and gain access to 33 million users which Facebook already has must be a consideration which Facebook executives will have had. An injection like that into G+ could be the kind of tipping point required to make the unthinkable happen: a social network switch (at the worst possible moment).

Given the potential threat posed by Google+  Instagram’s acquisition plugs two holes at the same time. It leaves a competitor with lack of easy access to core Facebook users and provides Facebook with a strategy of sorts in the mobile market which should appease investor concerns.

While all this has a logic to it, it also highlights a couple of significant issues: First, it appears that Facebook is in reactive mode which means that it is not really calling the shots. At this level of the game when your competitor’s moves force your own you have lost control. Second the price paid for Instagram signals a certain degree of panic. The business-like thing to do would have been to explore the most cost-effective option here, perhaps an exclusive licensing agreement like Microsoft or Apple frequently put in place, perhaps a part share acquisition which would give a certain degree of control (the Microsoft shake and greet approach).

Putting a cool billion dollars down raises questions regarding the very maturity of those making the decisions. When you add that to the consideration that Facebook is already a mature business the growth of which is beginning to plateau you begin to get a picture of a company that is struggling to redefine itself, its strategy and its role and that is not the kind of mindset that leads to success.

That should also be the trigger for re-directing some of that precious marketing time. Abandoning the Facebook platform is not an option yet for online marketers but when it comes to how time should be allocated, Facebook should perhaps start to command a lot less of the lion’s share which should allow the option of exploring more of what G+ and Pinterest have to offer.