The Politics of Value 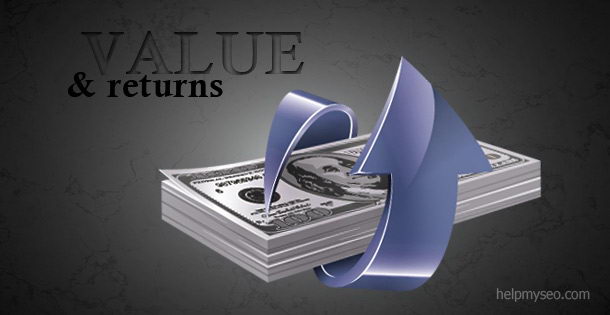 Not too long ago I wrote a post about evil and our perception of it particularly when it comes to labelling corporations as such. It elicited a much more involved discussion on Google Plus with three separate reshares one of which created a thread of over 100 comments and grew to a few thousand words long.

Why is this relevant? Well, because of this (and I am sorry for all the links but there is no easy way to talk about this derivative post without including them all). Those of you who clicked on the last link now know that the discussion suddenly becomes very personal. Suddenly we have gone from discussing abstract concepts such as the nature of ‘good’ and ‘evil’ to a discussion of whether it is OK to trade love for money and money for love. Yet they are both relevant because they revolved around the same axis and that is value.

Value, or rather our sense of it, is what makes society work, it’s what makes businesses succeed and what creates interaction at a personal as well as a social media level. The letter creates a stark logic environment in which the transactional side of value, even in a subject as emotional as love, becomes suddenly clear.

The message is that whenever we engage in anything, from making a friend to creating a business connection, we essentially embark upon a transaction which gives us something and for which in return we give something back. Before you begin to go red in the face and cry out “altruism!” to refute this, it’s best to remember that even cases of pure altruism where we do something expecting nothing back hold a value for us. The act itself makes us feel good. It reaffirms our own value system and belief that the universe is somehow balanced by our action. It makes us feel wholesome to think that by paying something forward we have struck a blow for the side of the light.

So, nothing happens without some transactional value because without that there is no reason for anything to happen.

The question is just which values we learn to apply and which we don’t, a process which itself is guided by its transactional value. When Greg Smith so publicly resigned from Goldman Sachs for example, it became abundantly clear that the trading firm is guided by a culture which looks at value as a short-term benefit and seeks to maximise it to the exclusion of every other consideration. Arguably, some of the same kind of thinking led us to the subprime mortgage crisis and the global credit crunch. It has been behind some of the most disastrous political decisions in history and has led to a polarised political system in the west where we regularly see-saw between one political party and the other, without ever moving forward much.

The same kind of approach leads businesses which start off well, expand rapidly and then die as their ability to deliver lasting value eventually catches up with them.

This kind of speculation leads naturally to some conclusions which apply equally in every aspect of business and life:

01. Long term value. Transactional relationships which deliver lasting value in a cooperative give and take tend to win out over short-term win-lose strategies.

02. Social good. Working for the good of society need not be an exercise guided by selfless motives with a greater cost than benefit. It is still possible to implement business models which create value for the many and add to the bottom line.

03. Creating change. Change, rather than being disruptive in itself should be part of a constant evolutionary process which helps deliver greater long-term value. Depending on how we implement transactional values in our activities we can become agents of change which helps everyone, ourselves included, or be part of the problem.

There are countless examples where transactional values are to be found. They guide our lives from falling in love to creating businesses based upon partnerships. Knowledge is only as good as the use we put it to. If we can understand that every action has a transactional value is it not possible to start behaving in a way which takes a view that’s governed by more than our immediate need to get something out of it. In this regard, social media, with its ability to not just spread ideas like this one, but actually hold them up to the critical gaze of many, assess them and cross-pollinate them, may play a crucial role.

Why downsizing is wrong as a business strategy
Why are People Poor?
Passion for What You Do Cannot Be Replaced by Anything
Why There Are No Evil People
Why We Love to Hate Corporations
The anachronism with capitalism
Facebook vs Google+ The Fight for the Web Has Begun
Technology and Processes: Understand Why We Are Locked into Escalating Responses