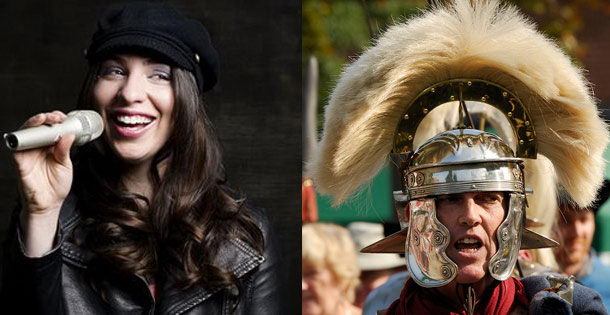 There is a sense of democracy at work in social media which is hard to refute. When you have a level platform of almost infinite proportions with equal access for all, there is a sense that what gets you noticed is exactly that which makes you who you are.

For businesses used to a legacy model of projecting a tightly controlled image whose message was non-negotiable, this has been a hard pill to swallow and they are still struggling with it. Individuals however immediately ‘get it’ and for many it represents the opportunity to test out their talent and look for the kind of audience which, in the past, would have been kept from them, firmly locked behind the gates of legacy business giants.

How A Response to A Reddit Query Created a Big-Budget Flick, a Book and a Screenwriter

The story of James Erwin is rapidly becoming the stuff of legend. Secure in a nine-to-five job writing technical manuals, he had long buried his longings of making it as a writer behind the need to pay the mortgage and keep his family financially secure. Until a Reddit query made him respond and fanned into flames a passion long kept dormant.

His whole story, splendidly told is here. It makes a thrilling read but what really makes it poignant are two facts. First that Reddit fans, with their genuine encouragement made it possible for James to keep on posting and second that social media, with its ability to create transparency in the online world, made it possible for James to be noticed and offered the opportunity of a lifetime.

The second story of a social media star is even more touching for the fact that Daria Musk, the 23-year-old musical sensation, broke through using Google Plus and Hangouts. The novelty of having strangers, a handful at a time, log in and listen to an unknown singer perform, took the notion of private performances to a global level. As she said herself when she first discovered Hangouts:

I looked at that and my producer and I were like, 'Maybe we could use that to play a concert without having to lug our amps through the rain,'

Daria's first concert lasted for six and a half hours, as word of her talent quickly spread with people logging in to listen to her as soon as someone dropped out. Her success is captured in the video on her YouTube Channel:

The impact of social media across traditional industries such as publishing and entertainment is far from over. We are still at a very early stage of social media adoption. The hugely enthusiastic tone and deep engagement of those of us who are active in it, overlook the fact that there are still many people who have yet to adopt it and who are only now beginning to take their first steps in it.

Social media is challenging traditional journalism, broadcasting and even start-up finance. At the 2012 Economic World Forum Conference, in Davos, Switzerland, heads of state, at a loss on how to best deal with it, called it “…the age of damage.” In reality social media is ushering in change at a level we have rarely seen before. If we need to label this age something it should be rightly called “The Age of Transformation”.

Social Media Use and the Future of Capitalism
The End of the Road for Capitalism as We Know it?
How Social Media is Helping Businesses Develop a Conscience
The anachronism with capitalism