While social media in the modern sense of the word, with technological platforms like Google Plus, Facebook and Twitter, is new, as a concept it is as old as people. I showed how the Reformation could not have happened without social media in my seven steps to social media marketing success video and we can see social media elements used in some of the most successful brand building careers in history.

To show the importance of social media marketing done right, I will take you back to the early 70s. Bruce Lee, arguably, the most mesmerising star of martial arts cinema was recently dead. Stepping into his shoes were dozens of imitators from the Hong Kong martial arts movies scene, many of whom had physiques, styles and names very similar to his. Many of them were good enough for the roles they were being asked to play and probably, by western standards of the time, super-qualified to fill the role of martial arts action star.

But trying to fill the shoes of someone else through imitation, just like a generic product that is ‘like’ its more glamorous branded rival, is poor marketing. It leaves those who choose it with the slightly distasteful feeling that they did not really get a substitute and that the ‘real thing’ is indefinably much better.

Jackie Chan entered the scene with Battle Creek Brawl (also marketed as The Big Brawl) as a Bruce Lee replacement in a film written specifically for that in mind. What happened next is a little bit of cinematic lore and martial arts history. Jackie’s experience and background in Chinese and Hong Kong martial arts films and theatre had left its indelible mark on him. He saw action scenes as a completely collaborative tool which took into consideration stuntmen, actors and even the audience and shot as many takes it took until the scene was right for the film.

In Battle Creek Brawl he was being asked to shoot few takes, one-sequence shots which were rigidly scripted because a pre-determined approach to audience expectations was in play. The film bombed (or at least it was not the expected Enter The Dragon sensation) and Jackie Chan’s career took off.

The paradox is down to the approach Chan has taken with his films and audience which he calls “a formula” and which owes much to a social media mentality:

01. Make it personal. In all of Jackie’s films you get an overriding sense of the actor’s personality and sense of playfulness. Although it is an action film and he is the star, he sees the process as one which is primarily fun. Case in point, his films show outtakes where some of the most spectacular stunts he has performed, go spectacularly wrong.

02. Push the envelope. The hallmark of a Jackie Chan film is that stunts and action scenes will be a feast for the eyes. Rather than rely on the standard fare of hard knocks and uber-violence which marks the martial arts films genre he tries to create a scene which is choreographically challenging, involving ordinary items as props and which transforms an ordinary setting into something entirely different.

03. Keep it real. In a recent post on his verified Google Plus account he posted:  "My skull, my eyes, my nose three times, my jaw, my shoulder, my chest, two fingers, a knee, everything from the top of my head to the bottom of my feet." He was referring to the bones he has broken in his body. Working without CGI or wirework when the industry has, as a whole, gone that way , Chan’s unassisted stunts have earned him a list of injuries, which in itself has given him a fanatical fan base.

04. Acknowledge your audience. Jackie Chan is unique amongst martial arts action stars in that he takes audience concerns and audience expectations into consideration. He says: "There's a formula to my films-people expect certain things out of a Jackie Chan film-but within those expectations, I want to give people a shock." 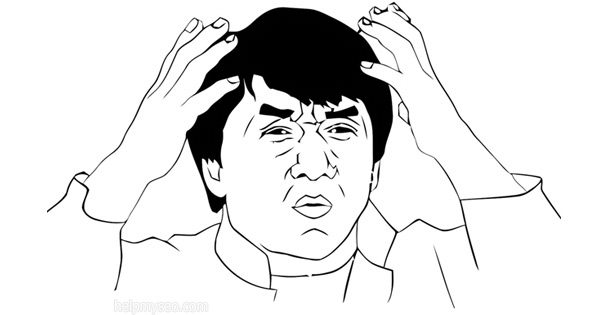 By employing these four basic steps Jackie Chan has enjoyed a career which now spans over four decades and has managed to become the darling of action-film lovers in cultures as diverse as China and the US, against the expectations of the traditional Hollywood entertainment machine and against the predictions of those in the industry who saw Battle Creek Brawl and pronounced its star a failure.

What is important for us here however is the way social media has of providing authenticity and a genuine sense of achievement and fun by circumventing traditional packaging and allowing passion for what we do to define us.