Case Study: How AMD Handed the Market to Intel 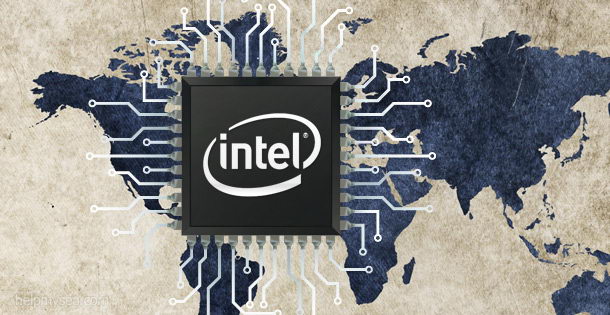 Just over five years ago AMD looked set to overtake long-time rival Intel and finally establish itself at the forefront of computer chip architecture. Its chipsets were the fastest in the market, its revenue had grown 91% in just one year, it bought ATI in order to dominate the gamers’ market and in the meantime rival Intel had just shed 10,000 jobs and was seeing a drop in profit in the order of 40%. Anyone buying a laptop today knows this has not happened, if anything, judging by the paucity of products with the AMD logo on them it would appear that the company has lost its way a little.

Examining what went wrong is a classic study in how not to run your company and how not to market your products. The lessons given by AMD’s reversal of fortune are directly applicable to any business of any size plus, in this case, they also form a background to computing history which is one more reason why we should review them.

01. Product Quality Issues. The litany of problems which bedevilled AMD started with a loss of quality. As any ice cream vendor out there will tell you the moment you lose quality your reputation hangs on a thread. There is the briefest of time lags before the market you have so generously being counting on for your monthly pay cheque, gives you the benefit of the doubt and then, seeing no improvement, votes with its feet. In 2006, flushed with success, AMD announced two major products. One was Fusion (its gamers chip in collaboration with ATI) and the other was Barcelona, designed to create even faster chipsets. The chipset which arrived in September 2007, almost a year and a half later, failed to set the market on fire thanks to a flaw that required a key buffer to be switched off and which affected performance.

For those wondering ex-AMD engineer Cliff Maier spoke up about the issue at a later date and explained that trying to fix a different issue (number four in our sequence) AMD decided to stop hand-engineering CPU designs. As crucial parts were designed by machines rather than human operators with years of experience performance and efficiency were compromised.

02. Lack of focus on the market. Competition drives innovation. By forcing you to look where you might never have thought of doing on your own your competitors help you focus on your own strengths and weaknesses. Having achieved its leading position in 2006 AMD then committed a cardinal sin. It grew relaxed and forgot to keep an eye on Intel. As a result when quality and chip performance issues cropped up in 2007 AMD failed to realise it was creating a vacuum which needed to be filled. It took its time bringing out corrected chips which did not arrive until August of 2008. By then sufficient damage had been done for computer manufacturers to be willing to give Intel’s i7 core, which came out in September that year, a chance. 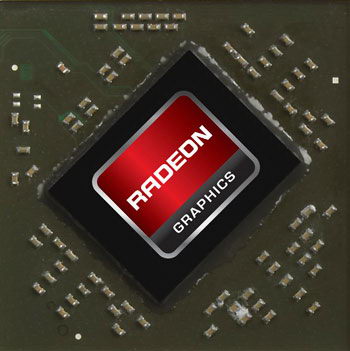 Until 2006 AMD had a crystal clear on value, producing chipsets which finely balanced performance with cost and which were as reliable as Intel’s. To understand just how wrong things had gone consider the fact that it took AMD another three years to respond to Intel’s iCore chipsets with Bulldozer. By Then Intel had introduced the budget range i5 and i3 chipsets, chipping away at AMD’s cost advantage and when the offerings of the two companies were benchtested by the computer reviewing press, AMD was the one that was found to be too expensive and with a poor performance.

03. Missed product deadlines. As any journalist worth his salt will tell you the ‘dead’ in deadline is there for a reason. When you promise to deliver something at a particular time, all those who depend on it also arrange their schedules, production and marketing around that date. It was almost a year between AMD’s announcement of its new chip architecture and the delivery of the first faulty butch and then almost another year before the costly mistake was rectified and in that time the market had moved on.

04. Growing without planning. Success can be as challenging as failure and frequently, unless handled properly, can often be the catalyst which brings about failure. AMD’s decision in 2006 to use GlobalFoundries exclusively for production allowing the company to concentrate on design was meant to produce a faster design-to-market time. Without proper synchronisation or any trial, the exact opposite happened with GlobalFoundries bedevilled by a number of production quality issues which pushed chipset delivery back by months and created untold bottlenecks in the supply chain. At one stage, AMD had to cancel all orders to vendors just so it could service its Dell account, as it was its biggest customer.

05. Lack of leadership. Whenever you get systemic failings you can bet there is a leadership issue at work. Leaders in an organisation play a crucial role in setting the tempo and culture, creating accountability and making sure there is total responsibility. In looking at the litany of errors above, before we get to this one, we realise that perhaps fewer of them and maybe none would have happened had there been strong leadership at the helm of AMD providing consistency of vision and drive. Alas, AMD was bedevilled with no fewer than eight senior executives in key posts departing, for a variety of reasons, in the years between 2006 and 2011. This produced a revolving door at the top which created a climate of uncertainty and a lack of consistency in approach at the bottom.

There is one small but important footnote to all this. As AMD was struggling with itself, Intel used its superior cash reserves to offer incentives to AMD customers to switch, cancel or delay AMD orders. The extent of this abuse was such that AMD’s biggest customer, at its peak of trading, in 2007, received a massive payment of $723 million from Intel to cancel AMD orders. The amount received was 76% of dell’s operating income for the first quarter of 2007 and, as a result, AMD reported that Dell purchases of AMD chipsets dropped by over 30% while Sony, another AMD customer, went from a 30% of its products being AMD-powered to 0% in a matter of months.

All of this came to light when Intel was exposed by a Japanese court which described its behaviour as “illegal monopoly abuse”, and this led to lengthy investigations in the UK, Germany and Italy which found evidence of wrongdoing. The European Commission imposed a record $1billion fine on the company in May 2009 and Competition commissioner Neelie Kroes said “Intel has harmed millions of customers by deliberately acting to keep competitors out of the market for many years”, claiming that “everyone but Intel was worse off”. Eventually Intel was forced to pay $1.25 billion in damages to AMD.

Would AMD have done better without the Intel underhanded tactics? Without a doubt yes. But that would still not have been enough to save it. When you consider that its Radeon graphics card had become the standard for high-end gaming systems and there was a waiting list months long to get hold of the chipset you realise that Intel’s shove was being given to a company which was already on its way down.

The lessons learnt from its predicament however form part of business lore and, as such, hold great practical value for us now.