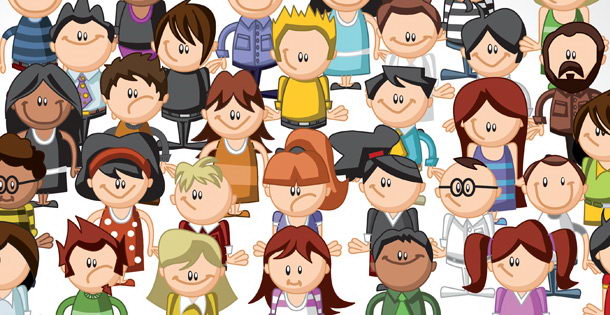 There is an unwritten contract governing the complex process of passing laws which I have been thinking about for some time and which I am going to share with you. Lawmakers passing Bills do so under the knowledge that the laws they pass must be enforceable. The passing of a law which no one would be willing to follow would make a mockery of government, weaken the legal system and break the implicit covenant of trust which exists between a government and its people.

I admit this is a far from perfect system of government and it’s guided less by a sense of public service and more of ‘what can we get away with?’ than any of us could comfortably contemplate. But it is now changing.

The ill-considered proposed Bills known as SOPA, PIPA and ACTA made us aware the ability of powerful lobbies and special interests to influence the lawmaking process to their benefit and the gaps which exist in the connection between governments and their people. It also showed us what can be achieved when enough of us get together and make our voice count.

If democracy is to be made to work again, if representation really counts, if we are to get past the selling-out of government to those who control the money, the argument goes, we must find a way to give the crowd a voice without the risk of creating anarchy.

That voice was found through social media and in the wake of the defeat of SOPA, PIPA and ACTA, the vacuum which was created left many of us wondering what next? Would we be forever obliged to be reactive, alert for government’s next misguided attempt to legislate, and if yes, how could we credibly take on the mantle of officials whose job it is to actually do this and who are supported by a complex network of staff and special advisers for this.

Crowdsourcing holds in its heart an exciting premise that’s hard to ignore. Technology can now provide the kind of connectivity where a public forum of national proportions can be feasible without running the risks of paralysis. It can provide radical transparency of the kind that helps catalyse processes and get rid of secretive backroom dealings and it may hold the key to revitalising the idea of democracy as a truly representative instrument with legislature being suggested by the people, to the experts, who then, informed, can help enact it for the people.

The Stop SOPA initiative proved that when we have to, netizens can find the time to study complex legislature, do the research required to unearth evidence that can support or refute the arguments and can find consensus in open dialogue across national borders, timezones and language barriers.

While SOPA was a US Congress proposed Bill the Stop SOPA campaign was international and it included online activists from as far away as Australia, Portugal, Greece and Russia, a loose coalition which, having worked together to understand the complexities involved and then participate against it, were ideally poised to take immediate action when ACTA surfaced, next.

Crowdsourcing as a means of creating legislature in the 21st century is not brand new. It has been used in Latvia, of all places, where Eurosay is a website which connects people directly with official institutions and government officials in Latvia bringing their ideas and suggestions directly to those who are entrusted to run the country.

The State of Texas is going down that route already as this video shows the Texas Senate Business and Commerce Committee is hoping to bring the state Capitol into the 21st century by experimenting with crowdsourcing, using the internet to gather input from the public on bills they're considering.:

And the Icelandic Parliament, after the country’s finances collapsed and Iceland went bankrupt, used social media to crowdsource its constitution

What Can You Do to Help Crowdsourcing Legislature Succeed?
Support and publicise the initiatives which exist.

Reddit which helped drive awareness about SOPA has crowdsourced a first draft of what it calls The Free Internet Act on Google Docs.

Madison a project designed to crowdsource ideas for legislation to help create a truly open internet.

The idea is to use the power of the Internet community, combined with the expertise of folks who work in Washington on a regular basis, to draft actual bills that members of Congress can support and introduce.

We are far from having all the answers. The current experiments being carried out are thrumming with potential. They show that there is a practical approach which can be made to work and which is far more representative of what people want than anything else we have at present. If your country or state do not have anything like this, contact your local representative and ask whether your government is thinking of creating any crowdsourcing projects to help create legislature which more closely reflects the concerns of the communities and groups of people it affects.

Crowdsourcing has the potential to make the traditional unwritten contract between those in government and those they govern redundant by helping create laws which reflect the views and needs of a much greater number of the population in a much more direct way than at any other time in history. It holds the promise to radically change government at all levels from local to national and even beyond (as the Stop SOPA campaign proved).

If we succeed the benefits are obvious:

Irish playwright George Bernard Shaw once famously quipped: “There’ll come a day when we shall be as horrified that we let politicians rule us, as we are that we let barbers operate on us.” Crowdsourcing legislation holds the promise of making this happen.

Siding With Pirates Understand Why SOPA, PIPA and ACTA are wrong
Social Media Use and the Future of Capitalism
The World is Interconnected
Understanding SOPA and What You Should Do (podcast)
SOPA The Reasons Behind it and How to Fight it
{snippet smm}