The Future of Publishing and Social Media 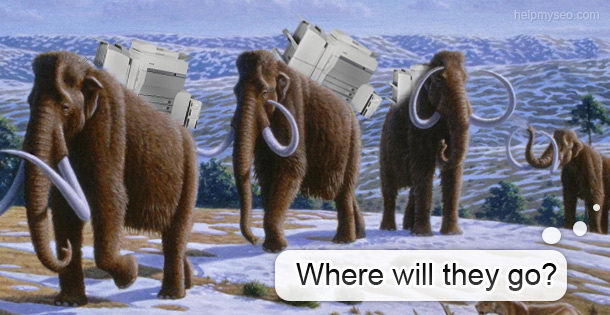 When you are a dominant player in an environment you control, with few outside competitors and it looks like that the only threat you might ever have to face is from your own kind, you’d be forgiven, perhaps, for getting a little complacent.

Publishers have revelled in the politics of scarcity where the sheer cost of bringing a book to market and then marketing it, handed them the sceptre to reign as arbiters of popular taste, guardians of literary quality and gatekeepers to the public at large, through which only some authors were ever allowed to pass.

For their troubles they were rewarded with boundless amounts of cash, a certain aura of glamour that placed them apart from any other profession and a life which seemed to guarantee greater success. Then just as one century died and a new one was born the environment which had allowed publishers to grow and thrive was struck by a meteorite coming out of the blue.

Stephen King’s Riding the Bullet was released as an eBook experiment by Simon & Schuster and within 24 hours had caused an untold number of servers to crash, had made Stephen King fans queue for hours to download and had delivered over 400,000 copies. The results of the experiment were so astounding and its implications so frightening that publishers next went into a huddle that’s lasted pretty much until now.

From trying to DRM books to the point that you cannot even move them from one device you own to another to pricing eBooks more than paper copies (!) and then, simply ignoring the eBook revolution like it is not happening, publishers have succeeded in losing their grip of the publishing industry and dooming themselves to a slow but inevitable decline.

The problem lies not so much in what they do as in that they do not do anything else. Locked for too long in a single mode of operating they have yet to evolve. The paralysis created by the sudden realisation that their demise might, indeed, be in sight has not allowed them to change much in the years since 2000.

Penguin has now come up with a fresh-ish idea on how to utilise social media to create an online version of the traditional book club idea using Twitter and the hashtag  #readpenguin, where those who read Penguin books interact with each other, share thoughts and ideas and, at the end of each month get to interact with the author.

Great, right? Absolutely, if you still happen to live in 2008. Apart from the fact that the Twitter interface is not that great in carrying out conversations there are several other things wrong with this idea. Here’s what these are:

01. The Penguin Hashtag. #readpenguin? Really? Want to sell much? I mean if you want to create a brand and make people love you would you use a slogan exhorting them to just buy more of your stuff? This is akin to McDonald’s coming out with #eatbigMacs or Qantas coming out with #flyQantas.

02. Twitter’s fragmented environment. Twitter is great for getting out ideas, thoughts and news in real time. It’s even pretty cool for a quick back and forth exchange of information but as far as connecting people who are passionate about books goes it’s a very poor environment which requires the ability to use Twitter search correctly and then going back and forth between at least two open windows on your screen as you get a conversation going across the gap of a few hours and millions of messages.

03. Penguin’s Format. “The publisher will be picking a book each month, and suggests that its followers tweet their thoughts about it using the hashtag #readpenguin.” Obviously readers cannot be trusted to pick a book and Tweet about it themselves, they are best guided by the wise old publisher in which book to Tweet about.

04. Penguin’s intention. The publishers wants to: “marry the old-school notion of a book club with the new-school tradition of tweeting your thoughts as they come to you,” which is not a bad thing in itself but as far as attempts to do something new goes it succeeds only in highlighting how old-fashioned Penguin is. 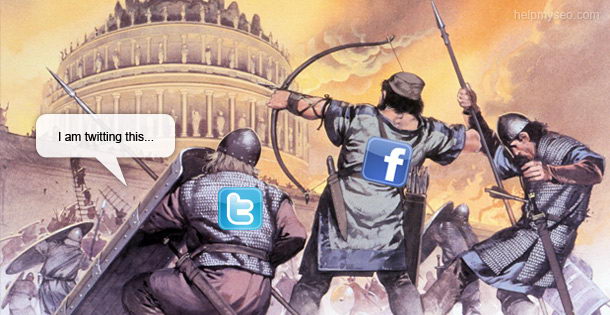 And yet it doesn’t have to be this way. Penguin is right in that social media, properly handled, can help publishing create fresh opportunities and, even, revive flagging sales. Penguin books hit the scene in 1948 and innovated by offering high quality, low cost paperbacks through non-traditional department store outlets. You would expect that a publisher of that calibre would be able to see that, at the very least, a page on Google Plus with readers exchanging information, ideas, pictures, snippets, videos and excerpts amongst themselves with planned Hangouts with featured authors, but as part of the Pearson group, a massive conglomerate spanning continents Penguin is just another mammoth inexorably marching towards the twilight of its existence and unable to do anything much about it.