How Social Media is Helping Businesses Develop a Conscience 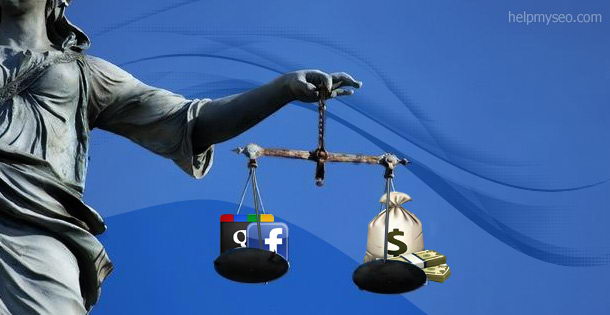 The question “who is the conscience of your business?” has always been designed to make business people frown and their blood pressure rise. It intimates that conscience is perhaps expendable or at least flexible and that business people are incapable of being trusted to have one at all times.

Well, here we are, just starting the second decade of a brand new century and the planet is practically bankrupt financially, ecologically and in terms of resources. And though promotional print everywhere would have us believe that the word ‘business’ always equates to ‘ethical’ we know from countless of well-documented experiences (need I say anything beyond ‘Enron’?) that this is far, far from the truth.

Yet no business (Enron included) ever starts out wanting to be unethical. Even Bernie Madoff has stated that he never intended Bernard L. Madoff Investment Securities LLC to defraud anyone, things simply span out of control and he got in too deep to ever get out. I know you’ll expect me here to explain that things sometimes go wrong, mistakes are made, untoward pressure is put on a business but I won’t. While no business ever sets out to be unethical there are surprisingly few which set out to be ethical and the difference here is significant.

It’s All About Expectations

Every start-up, business launch and new business I have come across shares a common set of characteristics: A. Passion for what they do B. A desire to become successful C. A willingness to do whatever it takes.

These are all businesses which are staffed by people with idealism, set up by people with even more idealism. They have hopes, dreams and aspirations and they all secretly want two things: a comfortable living and the chance to do some good in the world. I do not subscribe to the idea that I somehow attract or deal with only with exceptional type of businesses and entrepreneurs so, if we take my own direct experience as a cross-sectional sample of the business world the question which really needs answering is why do businesses which start off looking like GreenPeace end up being more like the AltruCell Corporation.And just so you do not spend too much time looking it up check out the link from the 20th Century Television hit series How I Met Your Mother, where AltruCell is occasionaly featured

The purpose of a business is to serve its customers and in order to do that it needs to survive. Because we have, until now, focused only on the end result, how a business achieves that, then, is really entirely up to it. Of course, this is crazy. It’s like training elite troops and sending them into battle equipped with the latest weapons and the most up-to-date ways to kill the enemy. In that scenario success is a zero-sum game. To next, call those troops in and act all surprised when the body count starts climbing to unacceptable levels is to apply double standards.

Troops (or business people) the argument goes are people. Do they have no conscience, ethics, heart? Quite frankly I find it surprising (and fantastically affirmative of the core values of the human race) when someone does break ranks and refuse to bent his ethics to the company good. Those who don’t, usually, have done no more than their job which was what was expected of them in order to perform well. And because I know you will all say that we should all be expected to be good all the time and act according to our ethics rather than our job descriptions you’d better first read this which is a scientific study in the effects of what is essentially a group think situation.

Conscience Can Be Put Into Place

In a previous life I spent quite a lot of time being a member of Britain’s leading retailer, The John Lewis Partnership. A company which has at the very heart of its existence a sentiment that’s even more proactive than Google’s ‘Do no evil’ motto. Yet, in a successful business environment, those of us working within it, frequently needed to be restrained from an over-enthusiastic application of business principles which would have helped us succeed not by our sense of right and wrong (it is rare the moment you can actually see it when you are that close and moving) but by the complex (and expensive) internal processes we ourselves, had put in place.

This was a complicated layer of checks and controls set up to act independently within the organisation, with their own structure and system of management, whose only purpose was to bring the rest of us to task. Every time this happened, those working on the business side never failed to quietly voice the opinion that those who were making the money were being checked by those who brought only costs.

It gets pretty interesting when you think that we were all on the same team, playing for the same side, with the sole difference our job descriptions. The point I am making is that no matter how well-meaning a business may be, there will always come a time when it will fall short of its own principles unless it has taken measures, itself, to make sure this does not happen.

For the John Lewis Partnership the luxury of having a conscience which keeps it honest at all times comes with the kind of annual cost which few public companies could justify to their shareholders. Similarly, a small business, struggling to stay afloat and beat off its rivals can hardly afford to set up internal structures which would keep it on the straight an narrow as it negotiates the tricky world of today’s market place.

Thankfully, there is an alternative.

No business active on the web today, or even off it. Irrespective of whether it has a social media presence or not, can afford to remain indifferent to the effect social media has on the way it is working.

The ability of social media to create an environment that is transparent and which creates instant accountability, creates a ready-made social conscience at zero cost. Would Enron have happened today? Would Madoff had got away with it had we moved up the inception and execution of his Ponzi Scheme to 2005? Would Congress have scrapped SOPA had social media not helped propagate the message that it was largely an entertainment industry backed deal? Would Apple haver agreed to look into the labour conditions of the factories making its hugely profitable iPhones had it not caught social media flak with horror stories endlessly shared on Facebook, Google Plus and Twitter?

Though the questions are, mostly, academic, the answer is, most probably not. As we have seen with open societies and true democracies, what keeps those in power in check is not a sense of their own values, or even the duties of their position but the fact that there is oversight, scrutiny and accountability.

As far as that goes in the transformative process of our world, business and otherwise, social media has only just began.

The Social Media Mind: How social media is changing business, politics and science and helps create a new world order
Can you Get Past the Obvious? How to Make your Marketing Really Work
Putting the Customer First – Where Do You Start?
Social Media Use and the Future of Capitalism
Social Media and The Rise of the Outlier
How Social Media Changed SEO