The Role of the Writer in the Social Media Age 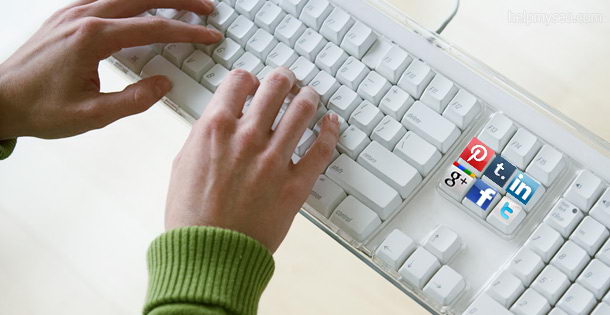 I have, ever since I can remember, been troubled by the questions of what a writer is and what a writer does. Both of these are harder to answer once you get past the facetious response which they at first inspire and for me, they have been part of the process of evolution of writing and the writer, most of my life.

Just before the web came along, eBooks started to appear, self-publishing became an option and publishers joined the endangered species list (see end of this piece for related articles) writing evolved around supply and demand (there were seemingly always more people writing than publishers knew what to do with) and the value of a published work revolved around what Seth Godin calls the ‘model of scarcity’ where how and why a particular volume would be published was governed by chance, opportunity, the talent of the publisher and the luck of the writer.

Publishers then acted as the gatekeepers of information bound in volumes and writers were the proud parents bringing to the world a brand new baby full of potential which would help them realise their dreams and hopes.

The problem with this Elysian view of writing and publishing is that it sets the writer up as someone possessing a unique genetic code and the skill to actualise it so that his work can be brought to life. In the days when my short stories were appearing in literary magazines and my poetry was earning me enough to buy myself the odd cup of coffee at the University cafeteria I used to think that writing was a divine message and the writer the chosen messenger. No one else could hear the words that fell down from the heavens but him and his task was to capture them and commit them to print.

This is a point of view I held that has changed. The change has been gradual. From writing novels and short stories (and in my student years the odd Harlequin) I graduated in what seems now an unexpected career progression, to technical writing, then science writing for magazines and newspapers, news writing, business journalism, press releases, business reports, presentations, journalism, non-fiction writing and blogging.

Each of those steps was, in itself a journey that was informed by what I had learnt before and the end result was that I saw writing now less of a divine calling and more of a profession governed by circumstances.

What Makes a Good Writer

Central to this approach is a good definition of what makes a good writer and here, just like when it comes to what makes a good boxer, you will find the camps being split amongst the purists who prize the art, the nuanced skills it involves and the little internal dances it entails and those who simply want to enjoy a good slugfest and see a win.

Is a writer someone who can write in a way which writers understand to be masterful or is it someone who can write in a way that the reader enjoys, is changed by and can, possibly, learn something from? Those who are used to arguing will ask, well, why can’t a good writer be both? To which I always point out the disparity between what’s on the best-seller lists and what critics actually like, and vice versa, and although there are exceptions Born to Run by Christopher McDougall and Outliers by Malcolm Gladwell being but two easy examples, the rule holds sufficiently fast for me to make the point.

Personally, of course, the question of what makes a good writer has been of value to me only in relation to what a writer is there to do and here my thoughts have always had a slight apocryphal slant.

The Role of a Writer

A writer, I always felt, was a mirror. Just like actors are paid to essentially become other people, writers were there to reflect a myriad points of light. We were/are there to coalesce them and concentrate them, putting together fragmented images and presenting a complete view of the world from an angle which is unique and the result of many separate, often disparate, visions.

That to me, was what held real value. Whether you wrote fiction like Hemingway’s For Whom the Bell Tolls, or an autobiography like Graves’ Goodbye to All That or non-fiction like Morris’ The Naked Ape, each piece of work was the result of this ability the writer displayed to become something more than a single person working alone and create something which has an appeal that frequently cuts across age, time and language.

This, of course, raises the obvious (and very logical) question of whether in the social media age where people share views and ideas across time zones and countries and where the popularity of social networks has the potential to help combine the collaborative skills of many to create the same effect that could be derived out of the work of just one.

Before you gasp in horror and reach for the pitchforks and the torches consider that SEO Help a book which helps anyone with an online project gain visibility and traction in Google search, could have been written by the combined knowledge of 200-300 webmasters who have had some SEO experience and might even have been improved in ways which I cannot imagine in the process. And in case you think that such collaboration can work only in non-fiction because of the factual nature of the information a book contains, consider the fact that fiction is also the result of experience and information, distilled through a person’s point of view which could easily be replaced by a crowd-sourced model of writing.

Best-selling crime author James Patterson took part in a crowd-sourced novel, experiment, where he wrote the first and last chapters of a 30-chapter book called Airborne and 28 chosen writers wrote a chapter each. Patterson’s experiment is crowd-sourcing lite as it only does what TV series like Band of Brothers where each one was directed by a different director have held to be of value for some time, namely that a fresh point of view and fresh voice introduces nuances which a single point of view, over the length of a novel or a TV series can miss, due to creative fatigue.

Much more recently the Sydney Morning Herald held a truly crowd-sourced novel experiment asking readers to write a book, with some very interesting results. Social media is now changing the way writing can be carried out. If that is not truly disruptive technology I really do not know what is.

What It Takes to Become Visible on The Web as an Author
How to Promote your Book – SEO Advice for Authors
Will SEO help your book, newspaper or paid-content website?
Here’s What’s Wrong With the Publishing Industry
Publishers simply do not ‘get it’
Why Newspapers Cannot ‘Get’ the Web?
Feed the Soul of a Writer – How to write a How-To book interview with John Rakestraw
The Future of Journalism and Disruption